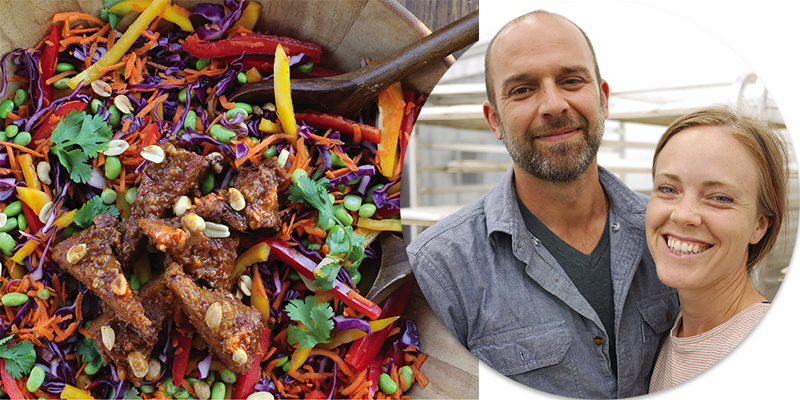 Was it instinct or adaptability that allowed Sarah Yancey and her husband, Chad Oliphant, to see opportunity when Sarah lost her office job in the 2008 recession? Either way, today their niche brand of tempeh is now sold in over 400 retailers in 22 states, all from a base in Barnardsville.

“We decided to start Smiling Hara as a way to build our own work and to create jobs for people,” says Sarah. (Chad had learned to make tempeh previously, while working at a wellness center in Massachusetts.) Perhaps it was her time living completely off the grid in West Africa with no electricity or water that drove her, or maybe it was her upbringing—country living in the mountains of Mars Hill. Or perhaps it was Chad’s determination “to learn the basics of life: how to grow your own food, how to cook it, and how to build a shelter over your head.” Perhaps it was the whole of their experiences, but something made them able to pull themselves and their company over just about any hurdle.

In 2012, about the time Smiling Hara reached the shelves of every Whole Foods in the Southeast, the couple’s business suffered a major setback: a recall following a freak salmonella outbreak. The couple used the calamity as an opportunity rebrand the company and make changes, though neither Chad nor Sarah takes credit for the comeback. “It was really the local community that saved us,” says Sarah. “All of our customers were ready and waiting to hop back on board as soon as we were back in operation.” 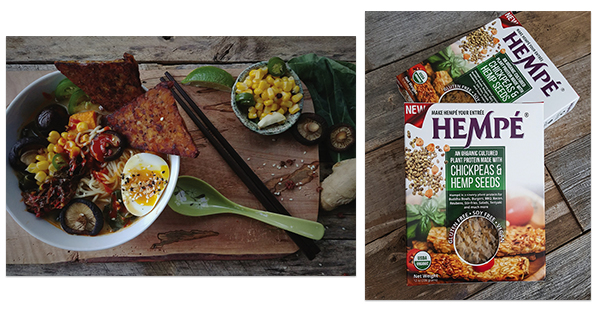 It also helps that the product itself is plenty enduring. “In Indonesia [where the fermented soy cake originated], tempeh is a staple in their diet,” Sarah notes. “It’s not just a vegetarian thing or a vegan thing, it is just what they eat.”

These days, Smiling Hara’s main product, which is called Hempé, pairs hemp seeds grown in Kentucky and legumes like peanuts or soy to make pre-seasoned, fungal bean cakes in flavors like Asian miso and ginger, raspberry and habañero barbecue, and smoked salt-and-pepper steak. They come in soy-based and soy-free options and all are GMO- and gluten-free. Catering to the demand for an even more allergy-friendly option, Smiling Hara has a newly released organic chickpea, chia, and hemp seed option—a sign of resilience and a recipe for success.

Smiling Hara
Find recipes as well as a store locator and direct ordering at www.smilingharatempeh.com.