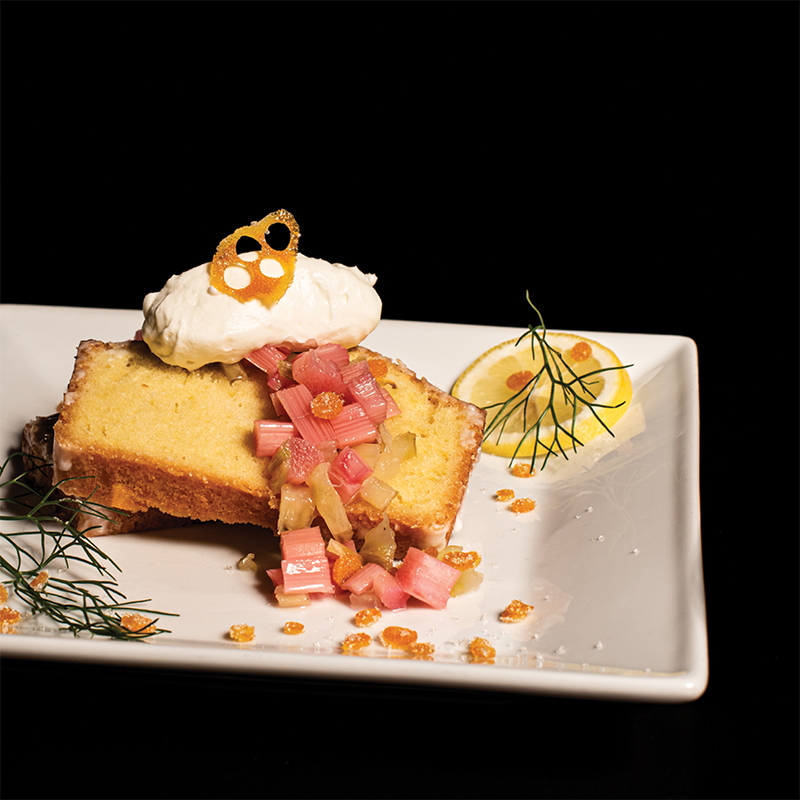 Melissa Gray, a classically trained pastry chef and owner of Cakes By Gray and RosaBees, a Polynesian eatery and cocktail bar in Asheville’s River Arts District, knows a thing or two about desserts—especially those with uncommon flavor pairings. For a sweet treat that captures the essence of spring, the Asheville native suggests topping a classic lemon pound cake with a flavorful rosé-poached fennel and rhubarb compote and honey whipped cream.

While you might think of fennel, a member of the carrot family that’s in season winter through spring, as most often enjoyed raw in salads or braised for a savory side, its aromatic, anise-like flavor also makes it an incredible companion to sweets.

“Fennel’s bold licorice flavor creates a beautiful dessert with an amazing taste,” Gray says, noting she particularly likes the way rhubarb complements its unique tartness. Try it yourself at home (and note that the recipe requires two days of soaking in the fridge), or stop into RosaBees, where you’ll find it on the spring/summer dessert menu.

Over moderate heat, reduce the poaching liquid to about three-quarters cup. Remove from heat and pour over the rhubarb and fennel pieces. Allow to cool to room temperature before placing in an airtight container. Refrigerate for two days to allow the color to develop. Serve over Lemon Pound Cake (recipe online). Store any unused portion in refrigerator for up to one week.

Place a stainless steel bowl in the freezer for 10 minutes. Remove bowl and pour in cream. Whip with a hand mixer until stiff peaks form, about three to five minutes. Mix in honey and vanilla. Serve immediately.