Delicious Science: White Labs Kitchen and Tap ferments it all 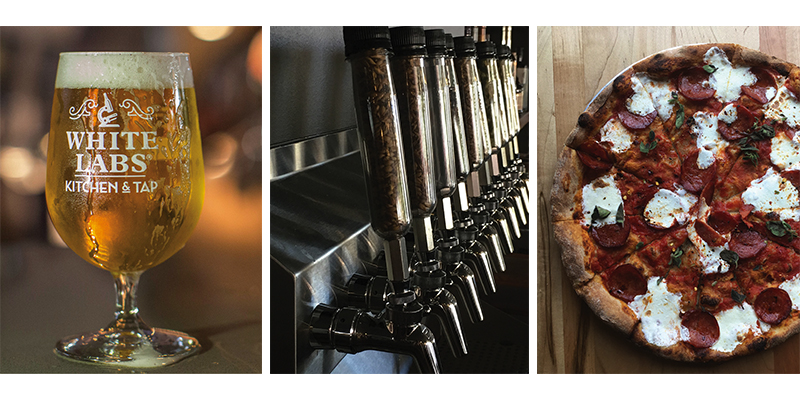 White Labs Kitchen and Tap—the new Asheville outpost of the San Diego-based yeast company—is a hub of activity, and from the microscopes to the lab tables, the space is as immaculate as any research facility. Employees in white coats scurry through the production areas, making liquid yeast for major breweries, wineries, and fermenters of all kinds.

Downstairs, creativity drives the kitchen and taproom, where the scent of pizza made with the company’s own yeast wafts through the corridors. White Labs, Inc., which produces beer as well as yeast, has tasting rooms in Boulder and San Diego, but the Asheville restaurant, which opened in October, is its first venture into food.

Head chef Evan Timmons is at the helm, delivering a menu that highlights the fermentation sparked by various strains of White Labs’ yeast. Crafting a menu with fresh, liquid yeast instead of commercial powdered yeast presents a slew of challenges.

From cheeseburger rolls made with English Ale yeast to cocktails featuring beer brewed with Burlington Ale yeast, the process is driven by trial and error as much as science. “It’s been a big learning curve for all of us,” says Timmons, who has more than 15 years of culinary experience to inform his creations. “I think we spent two days just working on the fries!”

The French fries are brined for 24 hours in lactobacillus, the same bacteria that make yogurt and sauerkraut so tasty. The brine gives the fries a tangy, vinegar flavor—the perfect foil to the richness of the potatoes. The pizza dough is fermented for 72 hours with White Labs’ yeast cultures before it’s topped with everything from clams to briskets, although purists gravitate to the margherita, which highlights the complex flavor of the yeast. 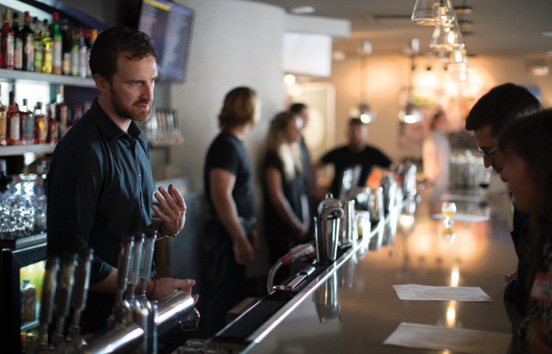 Beer flights are taken to a new level here, where guests can taste several versions of the same beer, each fermented with a different strain of yeast. “Some people really geek out on it,” says general manager Chris Genua about the side-by-side tasting experience. “Other people come in and they have no idea that we do it, and then they really learn something.”

White Labs has a training room that highlights the science that makes fermentation so magical. Currently, the classes are geared toward professionals, though Genua hopes to offer classes for home fermenters in the future. In the meantime, even a simple meal of pizza and beer is its own delectable learning experience.