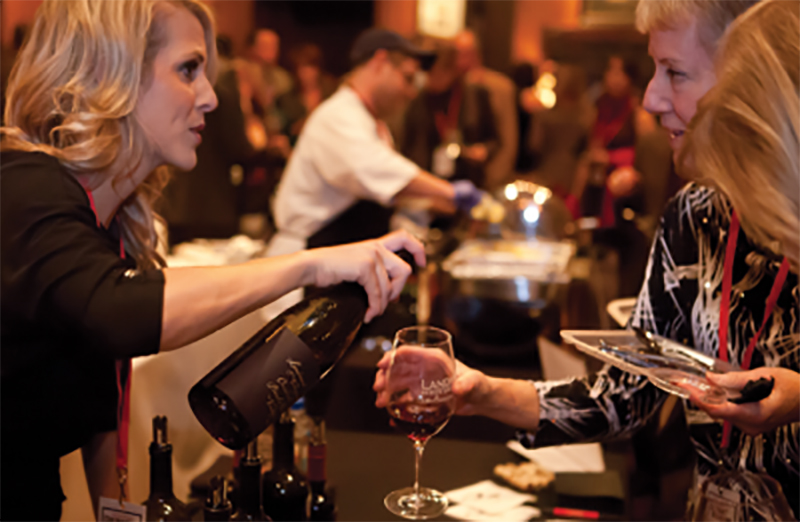 As crimson fades to umber and the last leaves of the season fall, some mountain towns slide into a reticent hibernation in anticipation of winter. Ten years ago, the town of Highlands hatched a plan to keep that sleepy season at bay: Highlands Culinary Weekend. One decade, thousands of bottles, and countless delectable bites later, the buoyant weekend has been reimagined and rechristened as the Highlands Food & Wine Festival, happening November 10-13.

The name isn’t the only thing that’s changed: This year’s festival is bigger and better than ever, with nationally renowned musical acts and dining experiences ranging from folksy food trucks to formal dinners, all highlighting Highlands’ food scene. The anniversary is infusing the event with new energy, according to Highlands Chamber of Commerce Executive Director Bob Kieltyka. “Our recently announced musical acts are the first of many new and exciting additions to this year’s culinary weekend, which has been, and continues to be, anchored by the incredible local restaurants and chefs we are lucky to call our own.”

To make the most of the festival, spring for the Weekend Pass: At $400, it’s a big bite, but provides access to all the best events. The weekend begins with the Grand Tasting at The Bascom on Thursday, November 10, with morsels and spirits from Highlands’ favorite eateries and bars. Friday brings casual bites with Truckin’, a food truck fair with music by indie darlings The Lone Bellow. Saturday serves as the festival’s zenith with The Main Event, an autumnal oyster roast with hearty stews and craft brews, and Sip & Stroll, a wine-fueled adventure through town. Sunday’s Gospel Brunch, with Chopped champion Zeb Stevenson, is followed by Rockwood Rocks!, a finale at the pinnacled Rockwood Lodge, with food curated by James Beard Award-winning chefs and music by Grammy-winning artist Bruce Hornsby.