Best of the Festivals - FOOD & DRINK

Best of the Festivals - FOOD & DRINK: MARK YOUR CALENDAR! FROM FOOD AND DRINK FÊTES TO CULTURAL CELEBRATIONS AND MUSICAL BLOWOUTS... 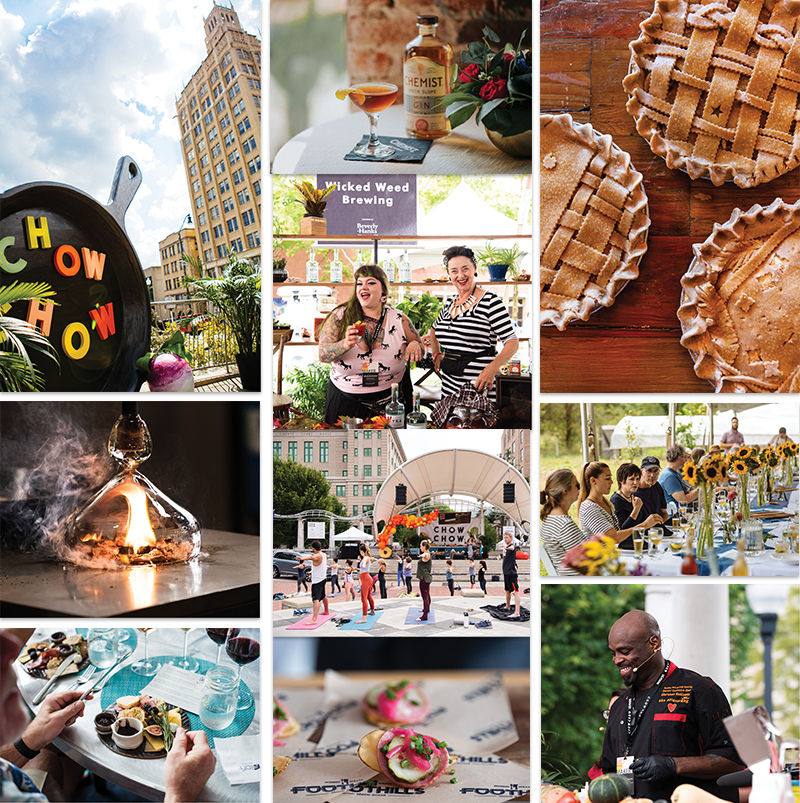 If you know anything of Appalachian cookery, then you’ve at least heard of chowchow, that crunchy pickled relish of fermented goodness from the summer’s final harvests. The condiment was once such a mainstay in Southern Appalachia that it served as the namesake for Asheville’s premier culinary event. Guided by a board of the city’s leading chefs, including James Beard nominees Katie Button, John Fleer, and Meherwan Irani, and many other successful food and beverage personalities, the inaugural festival last year presented the most elevated and immersive culinary experiences the city has ever seen. The weekend featured informative panel discussions, hands-on demos and workshops on everything from bread-baking to home-brewing, and plenty of opportunities to sip and sample from more than 50 local and participating restaurants via specialty dinners and a three-day grand tasting. It also brought together some of the country’s more notable food and bev professionals, including more than two dozen James Beard nominees, finalists, semifinalists, and winners like Craig Deihl, Sean Brock, Ronni Lundy, Vivian Howard, and José Andrés. With hundreds of makers, chefs, farmers, brewers, and mixologists poised to participate again this year, there’s no doubt attendance is only set to increase, so don’t wait to get tickets, as individual events will sell out. exploreasheville.com/chow-chow-culinary-festival 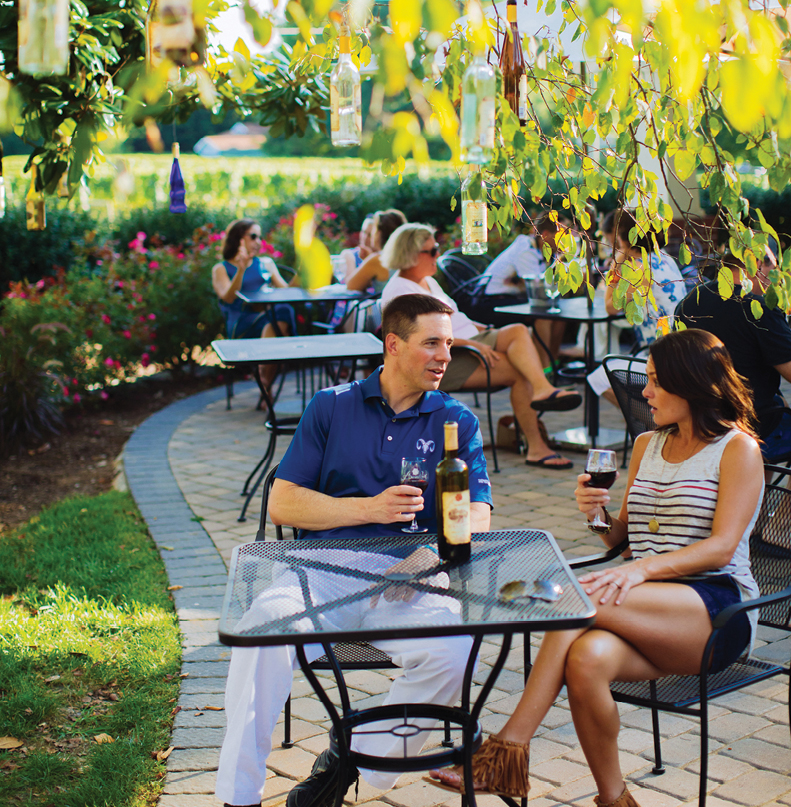 Apples are big business in Henderson County, which produces 85 percent of all apples grown in the state, and the area also has a history of grape production. This weekend is a chance to sample ciders, mead, and wine at your leisure. Local cideries and wineries host special festivities, including plenty of food, as well as outdoor screenings and fire pits, live entertainment, and production facility tours. The timing for the weekend also coincides with the apple trees in bloom, which might also prompt a scenic drive along the Apple Country Trail. visithendersonvillenc.org 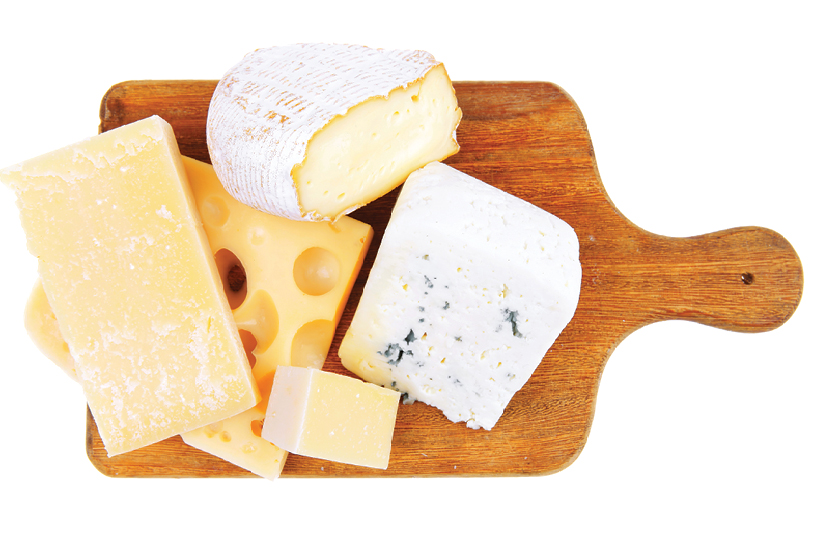 Benefitting the WNC Cheese Trail cooperative and held at Highland Brewing, this festival is a chance to sample fromage and complimentary bites from several dozen vendors, including around 20 local and regional cheese makers. Demos and workshops cover topics from cooking with ricotta to making goat milk soap to charcuterie. mountaincheesefest.com

Bread enthusiasts take note: whether you’re an expert baker or just love the loaf, this annual event dives as deep as you want to go. Professional bakers can register for a master class, while anyone can sign up for one of the workshops or panel discussions on topics ranging from sourdough basics to heirloom grains. A bread fair will take place at New Belgium Brewery, offering an opportunity to sample and purchase artisan loaves, pastries, and locally milled flours. ashevillebreadfestival.com

Come springtime, and only for a brief period, WNC’s native wild onion crops up at area farmers markets and on chefs’ seasonal menus. The pungent, garlicky allium is considered a delicacy in these parts, and the 88th annual Ramp Festival is a good place to sample and celebrate them. Held at the American Legion, attendees can savor ramp-infused meatloaf, greens, cornbread, and more, purchase ramps to take home, and enjoy live music, karaoke, and art and craft vendors. visitncsmokies.com 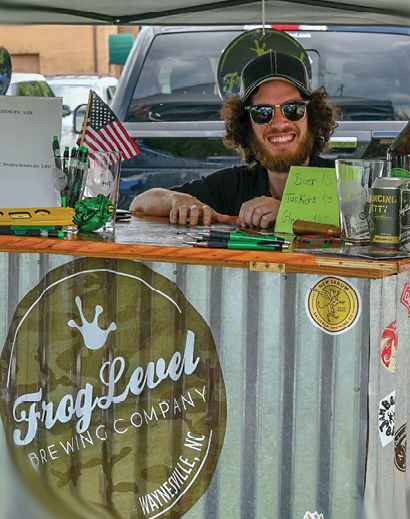 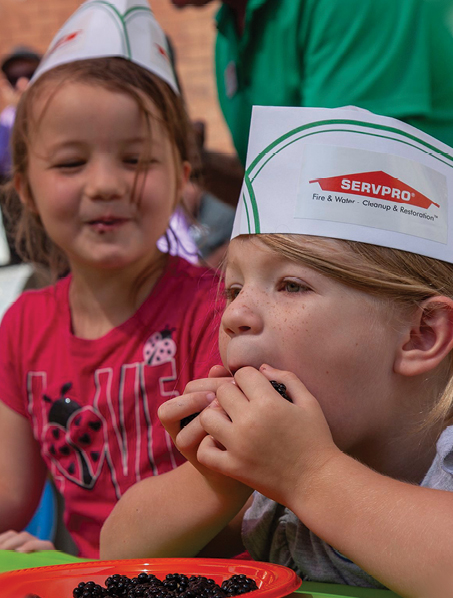 This hometown street festival is as sweet as its namesake. A blackberry-infused dinner with music kicks off the festivities on Thursday, followed by a footrace on Friday. Saturday presents the main events—a pageant, blackberry-eating contest and the Cobbler Brigade, a colorful procession of wagon-pulled cobblers that, one by one, are added to create the world’s largest cobbler patchwork, which is then doled out to attendees. It’s indeed a “berry” good time. ncblackberryfestival.com 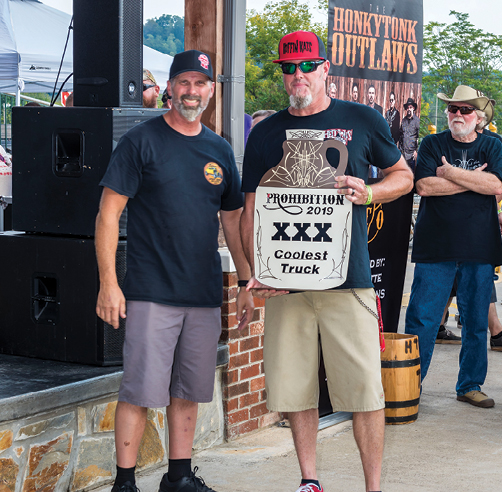 Considering that the birth of NASCAR occurred in Wilkes County, when moonshiner Junior Johnson took to running shine in the 1950s in souped-up cars to escape revenuers, this is a fitting event to celebrate that historical marriage. A car show features all types of classic and vintage pre-1990 trucks and hot rods. Bands perform throughout the day, while attendees can sample whiskey and cocktails from North Carolina’s top distillers. There’s also a spirits competition and a pinup contest, and car owners vie for the award for coolest hot rod. prohibitionfestival.net 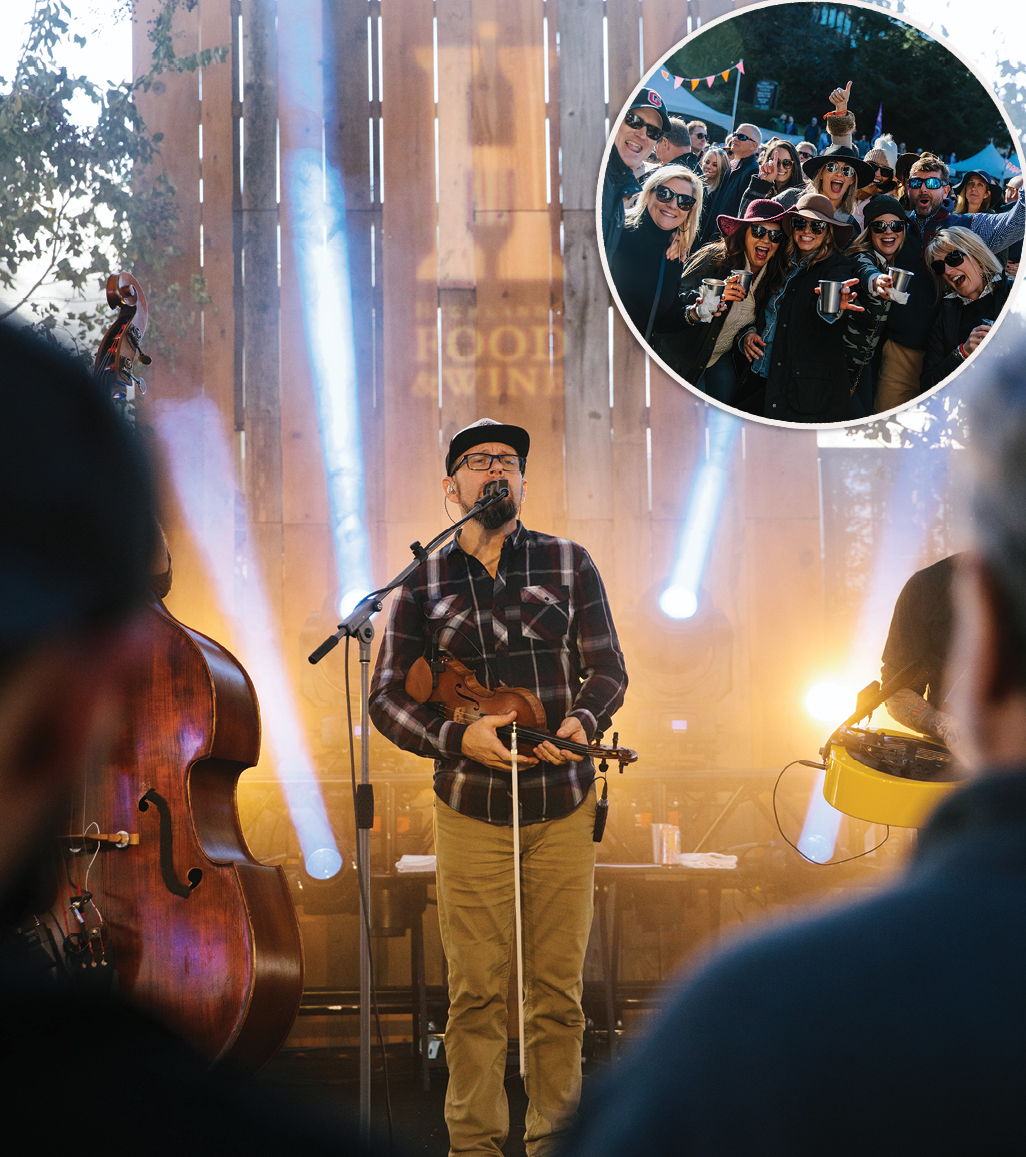 For a town of less than 1,000 full-time residents, Highlands is blessed with a bounty of fine dining restaurants—many with Wine Spectator award-winning wine lists—not to mention an adorable, walkable downtown surrounded by immense natural beauty. It’s a perfect staging ground for this festival, which upped the ante a few years ago by adding impressive musical lineups. The likes of Southern soul-rock band JJ Grey & Mofro, Preservation Hall Jazz Band, The Wood Brothers folk-roots trio, and bluegrass stars The Infamous Stringdusters have performed in years past. The four-day event consists of a Grand Tasting, Truckin’ food truck showcase, The Main Event (another big food and bev tasting opportunity), a Sunday Shindig brunch, a Sip & Shop, and plenty of wine dinners. Tickets go on sale in late May/early June and they do sell out fast. Tip: newsletter subscribers have an early buying opportunity. highlandsfoodandwine.com 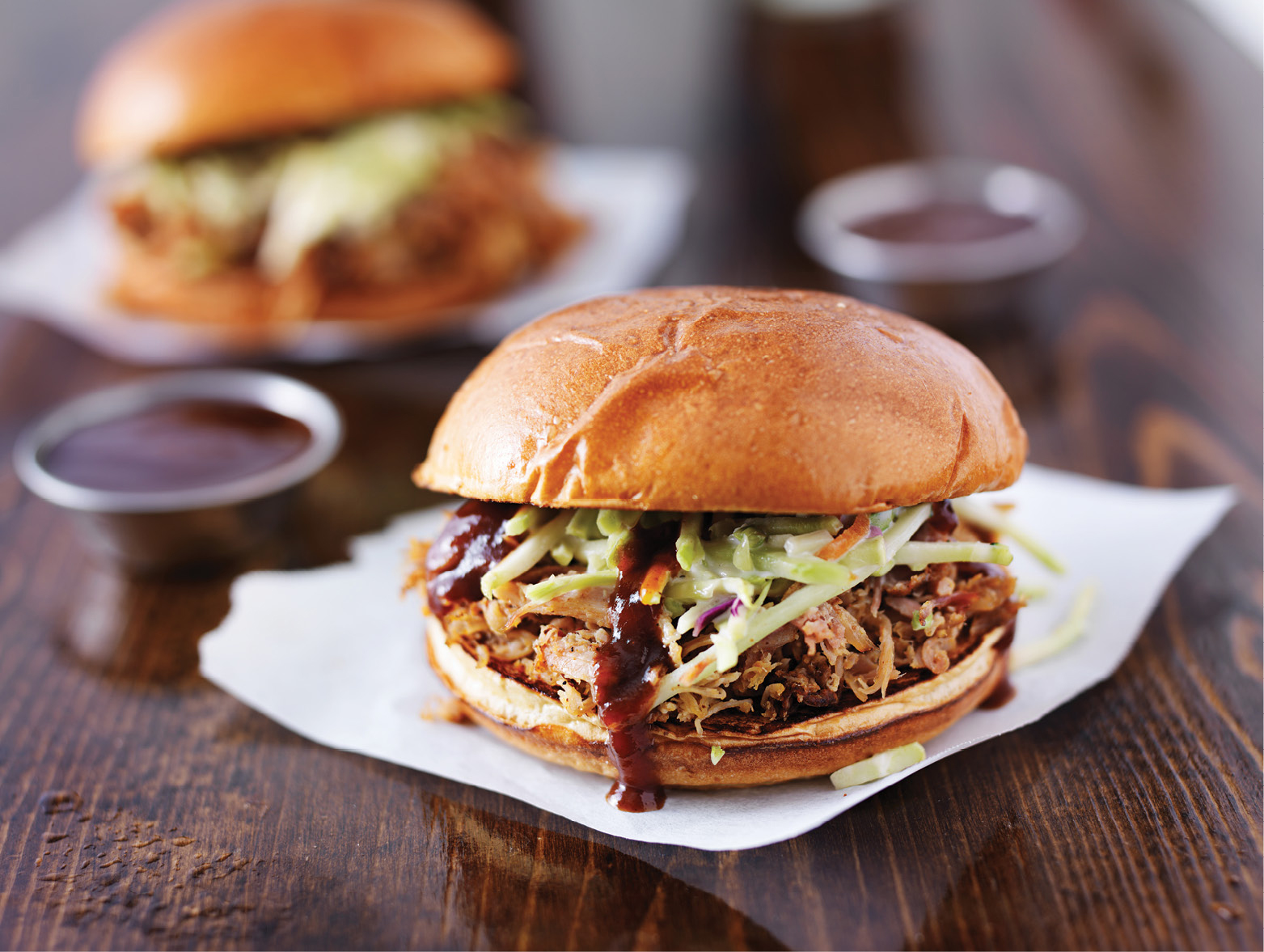 Pile on the pork at smokin’ hot barbecue fests 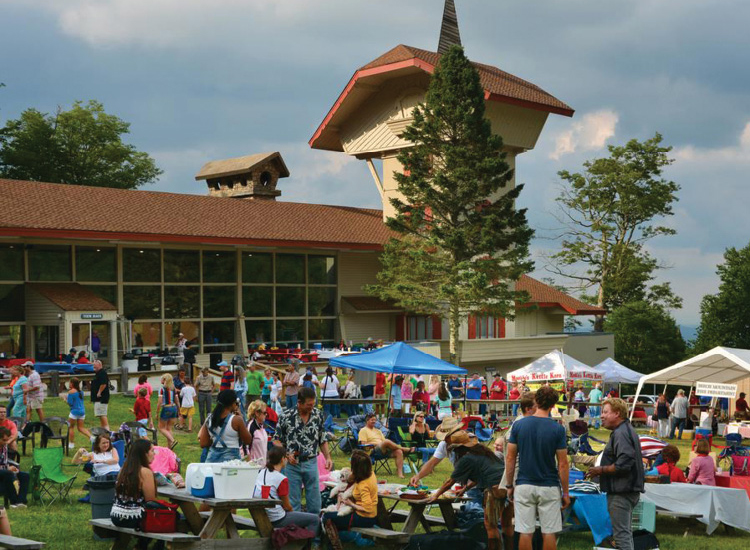 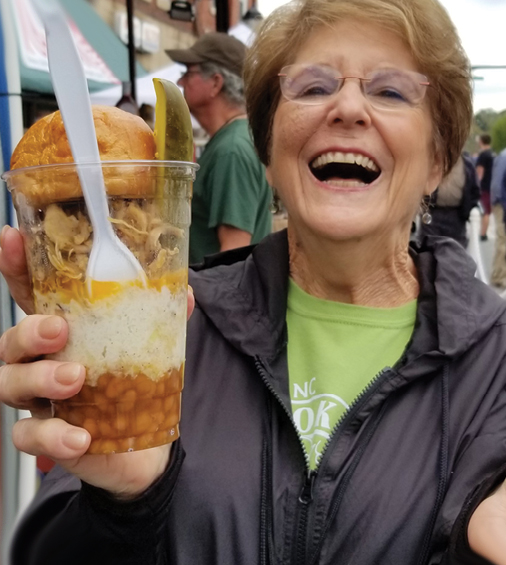 Fill up on chicken, pork ribs, and pork and beef brisket at this sanctioned state championship. There’s even a people’s choice category, so you get to join in the judging. smokinginthefoothills.com