Home /We Hold These Truths

We Hold These Truths

We Hold These Truths: A Morganton couple aims to spread monuments to the country’s founding documents far and wide 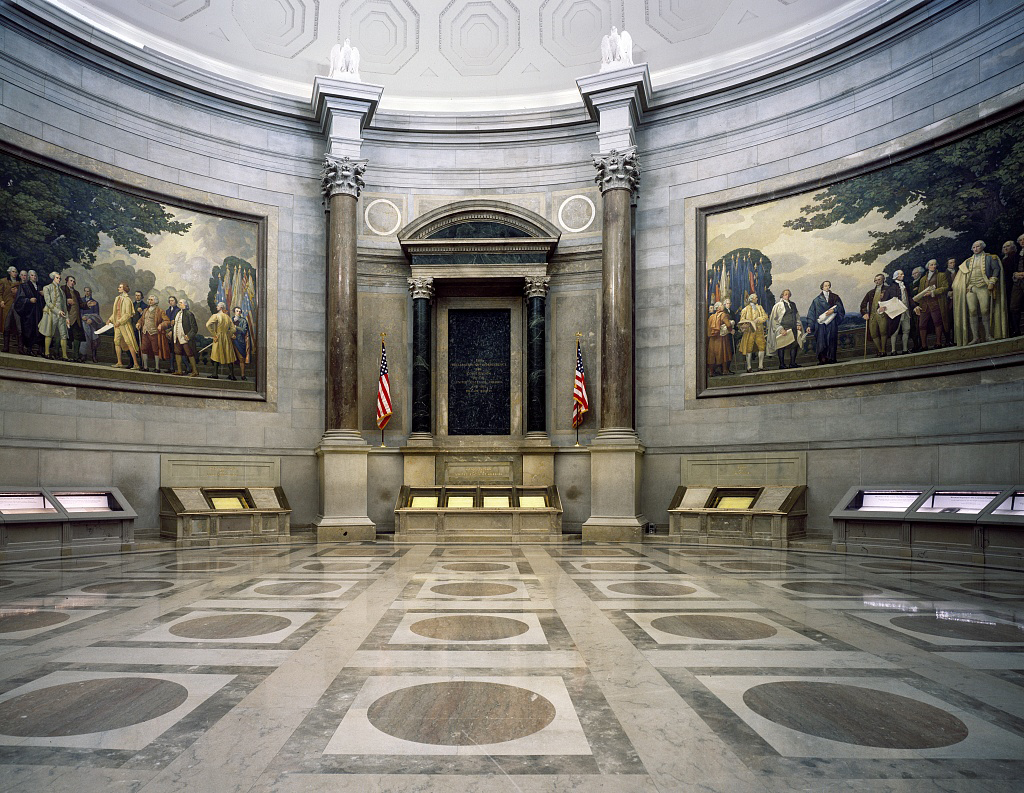 Ahighlight of the National Archives Museum in Washington, D.C., is the massive Rotunda for the Charters of Freedom, where the country’s three main founding documents—the Declaration of Independence, the U.S. Constitution, and the Bill of Rights—are on permanent display. Although these cherished papers are free to view, not everyone gets the opportunity to see them. When Burke County businessman Vance Patterson first laid eyes on them in 2011, he was so moved that he decided to sponsor monuments to the documents.

Vance and his wife, Mary Jo, started Foundation Forward, an educational project with a goal to place Charters of Freedom replicas in all of the country’s 3,143 counties, boroughs, and parishes within the next nine years. The engraved, bronze archive editions are encased in granite and limestone, carrying a hefty price tag of about $75,000 each. So far, five sets have been installed: one in both Illinois and Indiana, and three in Western North Carolina, in Asheville, Morganton, and Murphy. All have been funded by the Pattersons, and three more are slated for installation in Avery, Jackson, and Mitchell counties later this year.

“My hope is that our future leaders will come from communities where they have their own Charters of Freedom,” says Patterson. “And that their children will grow up not talking about the Constitution and Bill of Rights in Washington, but talking about them in their home community, and they will know how government is supposed to work to serve the people.”