Home /Tea with a Mission

Tea with a Mission 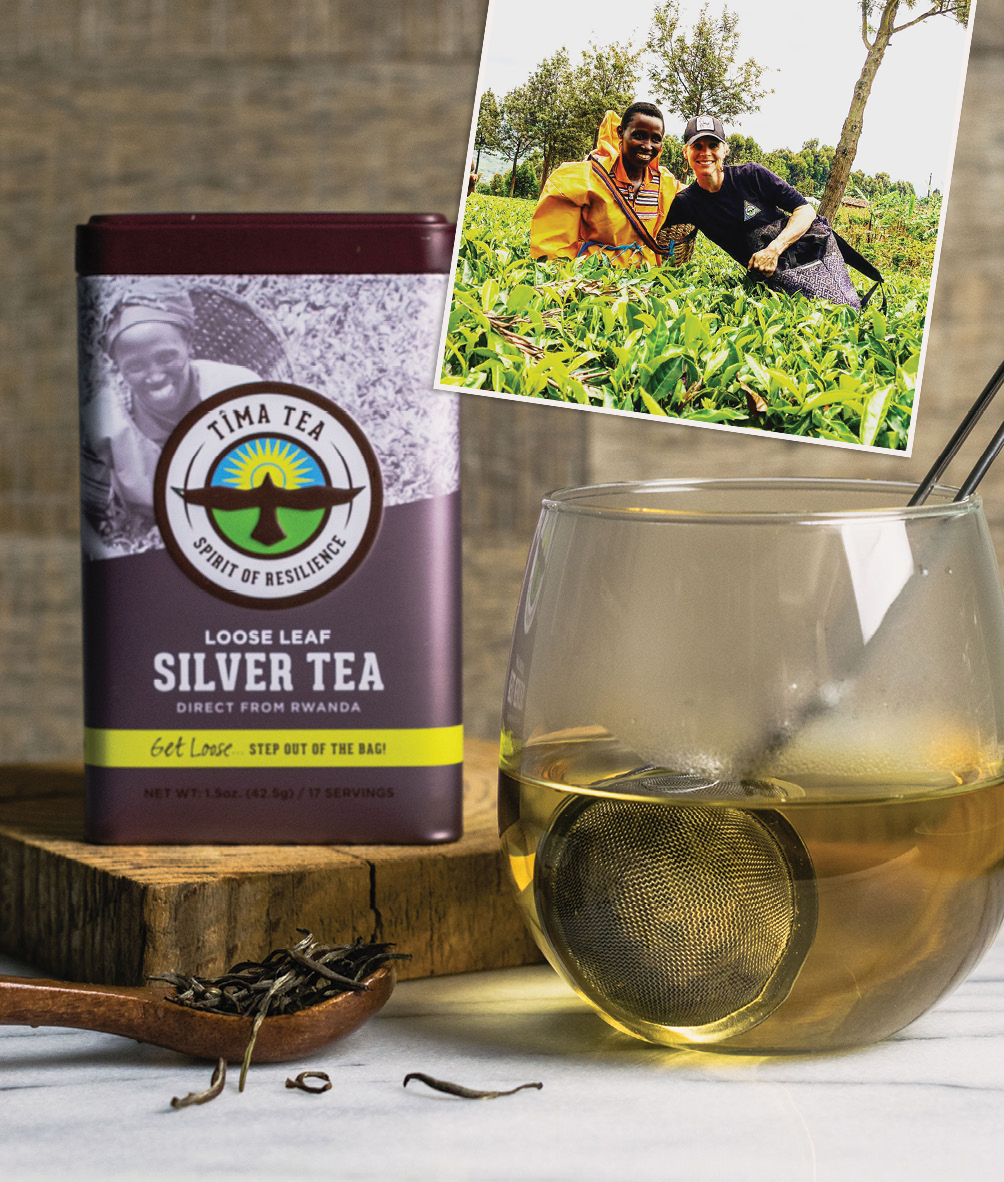 After watching a documentary on the 1994 Rwandan genocide, Sara Delaney felt drawn to the region. “It was this deep calling,” she says. “I thought, I’ve got to go to this place that has experienced the worst imaginable thing and has moved through it somehow.” In fact, Delaney was recovering from her own trauma: previously, while studying business in France, she was attacked and raped while walking home one night, and the long road to recovery would take her even farther from home.

“I think we owe it to humanity to do our own healing, because there is a ripple effect that we have on everyone around us,” Delaney says. She found herself moving to Rwanda to help open a restaurant, where, she was tasked with developing a technical skills training program for young adults who had survived the genocide. “Most of them had witnessed their parents die. There was a lot of trauma, but they wanted something more,” she says. “I could feel their pain. I felt so sad for what they had gone through, but as I started processing it, I realized it was also sadness for what I had experienced that I had never allowed myself to feel.”

After returning to the US and moving to Asheville, Delaney continued to visit Rwanda and deepen her connections there. She founded the nonprofit Africa Healing Exchange, which works to cultivate mental health across the country. From there she networked to develop 3 Mountains, a fair-trade tea company backed by a worker-owned cooperative that supports more than 8,000 Rwandan farmers. “I don’t believe in charity,” Delaney says. “I think it’s helpful for natural disasters and moments of crisis, but in the long run, people really want to take care of themselves; they want to earn their own money.” 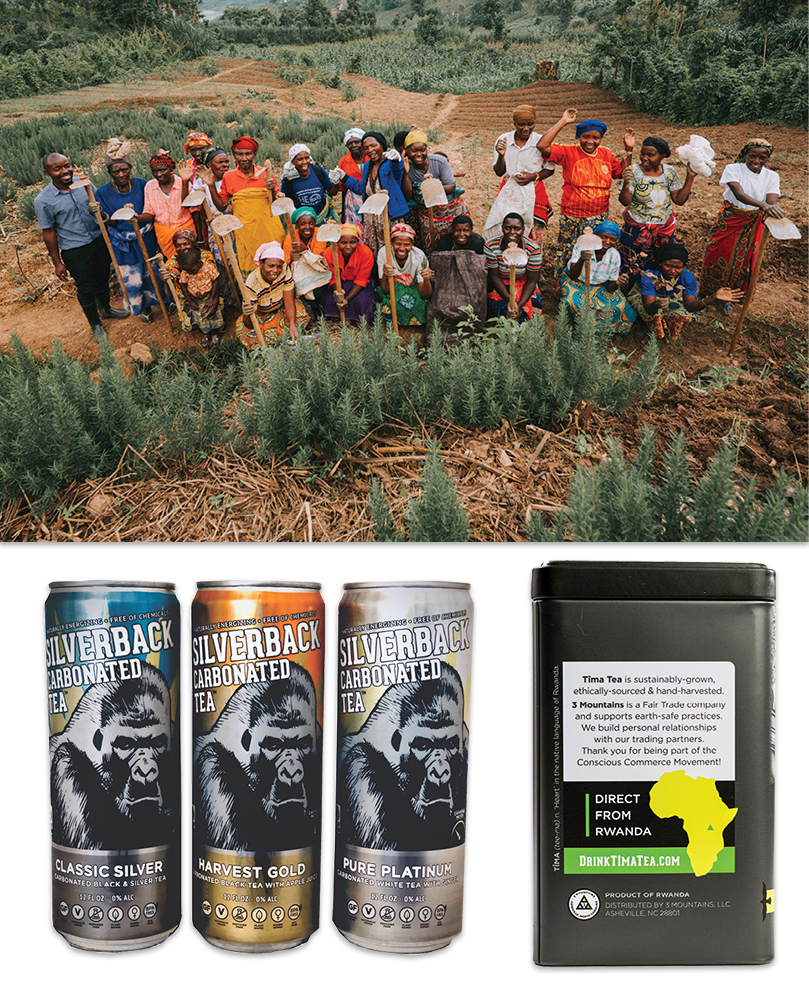 3 Mountains - Find the company’s products and keep up with its mission at 3mountains.org.

What began three years ago as a loose-leaf tea company, selling tins of black, green, white, and silver Tima-branded teas, has expanded to include draft teas on tap at local breweries, as well as a line of carbonated canned teas mixed with juices. Proceeds from sales support Sustain, a program designed to teach entrepreneurship skills to Rwandan women, help fund their ideas, and reduce food insecurity in the region.

“I’m really excited,” Delaney says, “about creating this commercially successful brand that can show, in this mainstream marketplace, that it pays to do good.”