Overdue Due: Remembering the Black inmates who worked and perished on WNC’s rail lines 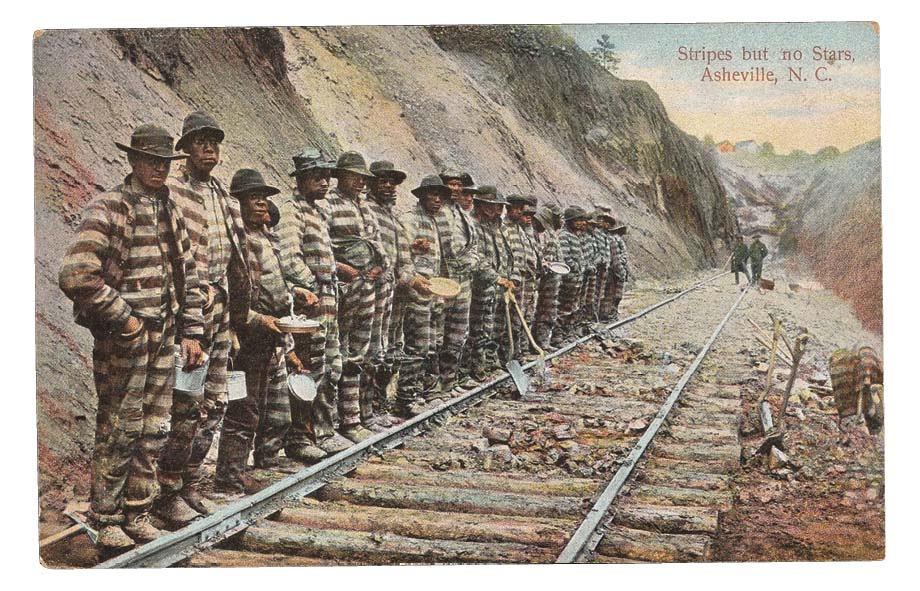 Long before the dotted white lines of America’s interstate highways carved their way through WNC, it was the locomotive that connected the mountains to the rest of the country. “You know, the cut of that railroad made Asheville,” says UNC Asheville history professor Daniel Pierce, who, along with historian and Marion Mayor Steve Little, founded the Railroad and Incarcerated Labor Memorial Project, which seeks to reveal the hidden history of the hands that were forced to build our railways. “People in Western North Carolina need to understand that, while it was a great accomplishment, it came at extreme cost, and it was primarily young African American men who bore the brunt of that cost—some with their lives.”

The RAIL Project’s steering committee of 11 local historians and volunteers has spent the past year poring over census data, news clippings, penitentiary records, and legislative documents from the 1870s to find the names and stories of just some of the 3,000 convicts who did the backbreaking work. Often incarcerated for petty or trumped up offences—and many of them formerly enslaved—they were forced to build the railways, where nearly 300 of them died, buried in unmarked graves along the way.

The group plans to memorialize the workers with a river stone monument at Andrews Geyser in Old Fort, for starters. Pierce emphasizes that “it’s long overdue to honor these people who sacrificed tremendously to bring this huge gift to Western North Carolina.”

For more information on the RAIL Project and to support its efforts, visit therailproject.org.