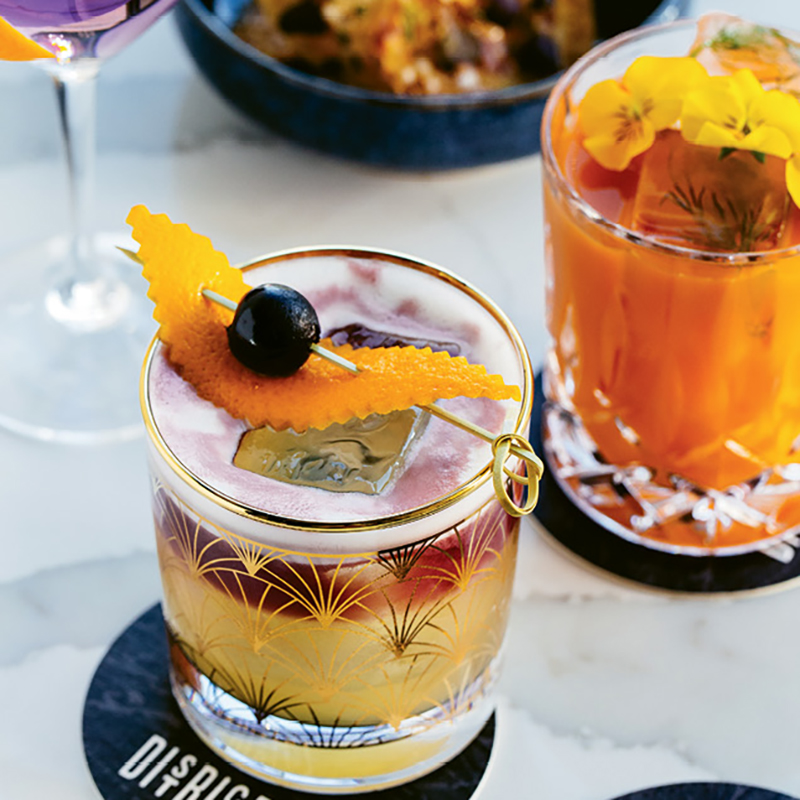 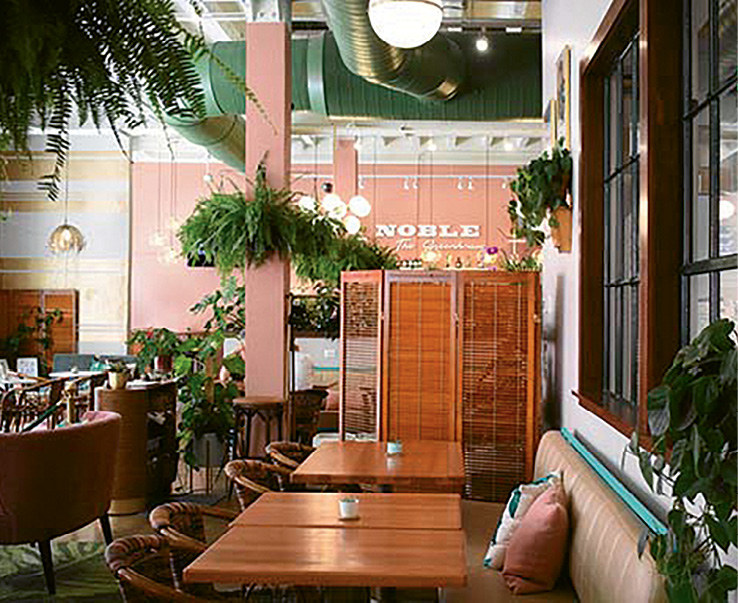 Located in Rankin Avenue’s historic 1928 Tyler Building, Noble Cider’s The Greenhouse opened in July, bringing head chef Gavin Baker’s talents to Asheville. His prior culinary experiences include a stint managing Justin Timberlake’s restaurant in Los Angeles and a sous chef position at England’s Michelin three-starred The Fat Duck. At The Greenhouse, Baker offers a menu that appeals to many tastes and appetites. Starters include items as simple as $5 fried cashews with kaffir lime and barbecue spices, and as luxurious as a $150 caviar service. An array of small plates ranges from char-grilled octopus to a barbecued sturgeon chop, and among the larger entrées, the whole cauliflower with a goat cheese crust is a standout. The setting—vintage, tropical garden-themed décor with mid-century modern touches—is equally eclectic. And as befitting of Asheville’s first cidery, there are cider and brandy flights, as well as specialty cider cocktails on offer. 49 Rankin Ave.; (828) 505-4076; noblecider.com/greenhouse 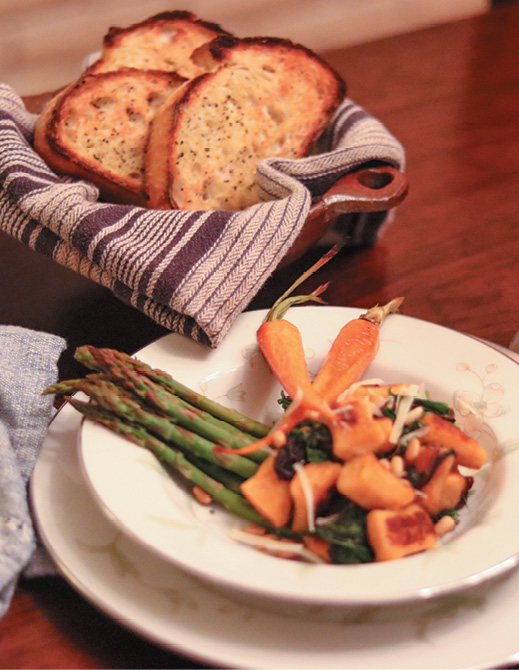 Open since September, SingleTree brings seasonally driven fare to downtown Waynesville that represents the culinary heritage of chef and owner Josh Weeks’ home state of North Carolina. Weeks formerly worked as the general manager and executive chef at Corner Kitchen in Asheville. For his new venture, seared mountain trout, cornmeal-encrusted shrimp, and roasted pork belly with green tomato relish stand out, especially when washed down with a local beer from one of the bar’s eight taps. Diners can enjoy food and drinks inside at one of the handmade wormwood tables or on the dog-friendly front patio. Corner of Branner Ave. & Depot St.; (828) 279-9792; singletreekitchen.com