Shrine On: For 80 years, WNC’s Masonic monument has preserved far-flung pieces of history 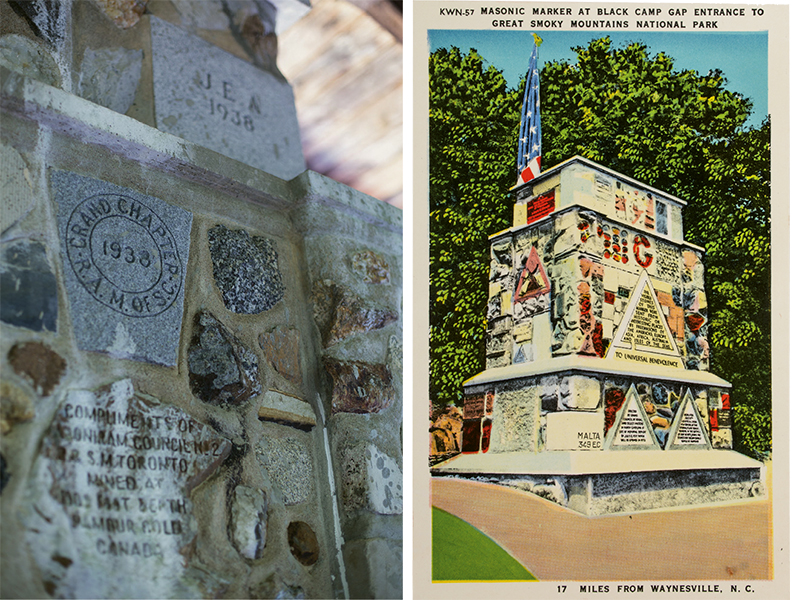 You can travel the world over in search of sacred places established by religious and fraternal orders, but you’ll find few that hold as much wonder and intrigue as a relatively obscure one near Maggie Valley.

The Masonic Marker at Balsam Gap Camp, just off the Blue Ridge Parkway, is graced by no less than 687 stones and minerals, all of them meticulously laid out and thoroughly cataloged by Troy Wyche, a Waynesville Mason, accountant, and civic leader who spearheaded the effort to build it. As the Masons have recorded in an official history of the site, he “visioned the opportunity to make it not merely a piling up of stones, but an assembling of stones from the shrines of many lands.” Wyche put out a global call for donations, ultimately collecting items from every continent, every state in the Union, and more than 40 countries. 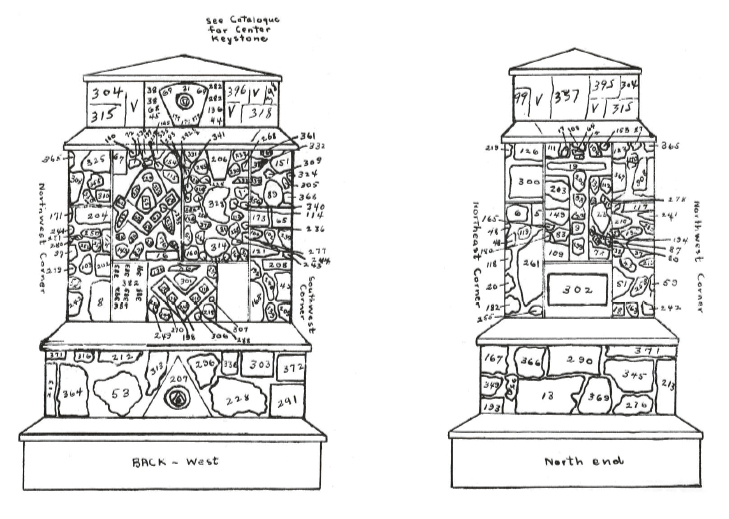 Troy Wyche, the Waynesville Mason who designed the marker, made detailed notes on each item, its origin, and its placement.

The shrine’s remarkable pieces include stones from Plymouth Rock, Pike’s Peak, and the White House (a brick from the presidential abode was one of two contributions to the structure by Franklin D. Roosevelt), along with a piece of an Egyptian pyramid and a cornerstone from the Isle of Malta (where Saint Paul was said to roam). Its largest piece is a 170-pound stone from Spanish explorer Hernando de Soto’s 1500s outpost in Cuba. 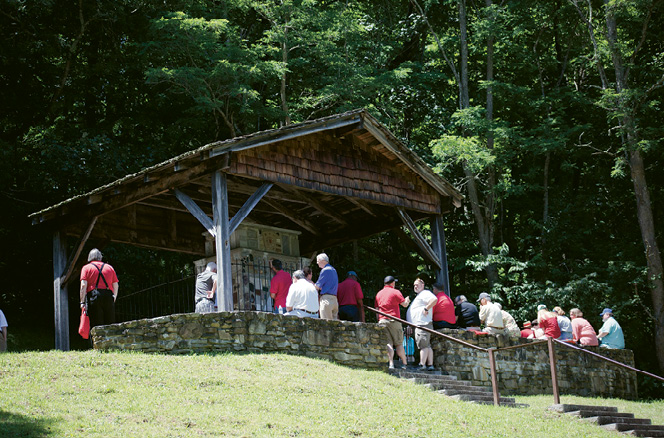 Fraternal Order: In July, the Masons gathered for their annual ceremony at the marker, which today is protected by a shelter and an iron gate.

The marker was completed in 1938. Ever since—and for the 80th time this year—North Carolina’s York Rite Masons have gathered in the area for a summer convention that always includes a meeting at the marker. The most recent gathering, in July, drew about 100 Masons, among them Berry Rigdon of Waynesville, who’s been active with his local lodge for decades. Rigdon says that it’s an honor to visit and look after a marker that draws people from near and far. “It’s one of those things that, the first time you come, you’re in awe of it,” he says. “And to think that in the 1930s they could gather all this from all over the world—that would have been a great feat.”

Meet the Marker: Here are directions to the monument, courtesy of the York Rite Masons

The Masonic Shrine, or Marker, is located at an altitude of 4,522 feet at Black Camp Gap in the Great Smoky Mountains National Park, 17 miles from Waynesville in Haywood County. It can be reached by way of Highway U.S. 19 by turning on the Blue Ridge Parkway at Soco Gap and going to Wolf Laurel Gap, then following Heintooga Road (look for signs directing to the marker). The parkway passes within a few yards of the marker, which is accessible over a paved path from the parking area.