Last Page - Wesley Wofford: “I am trying to respectfully amplify her legacy in a way that is relatable.” 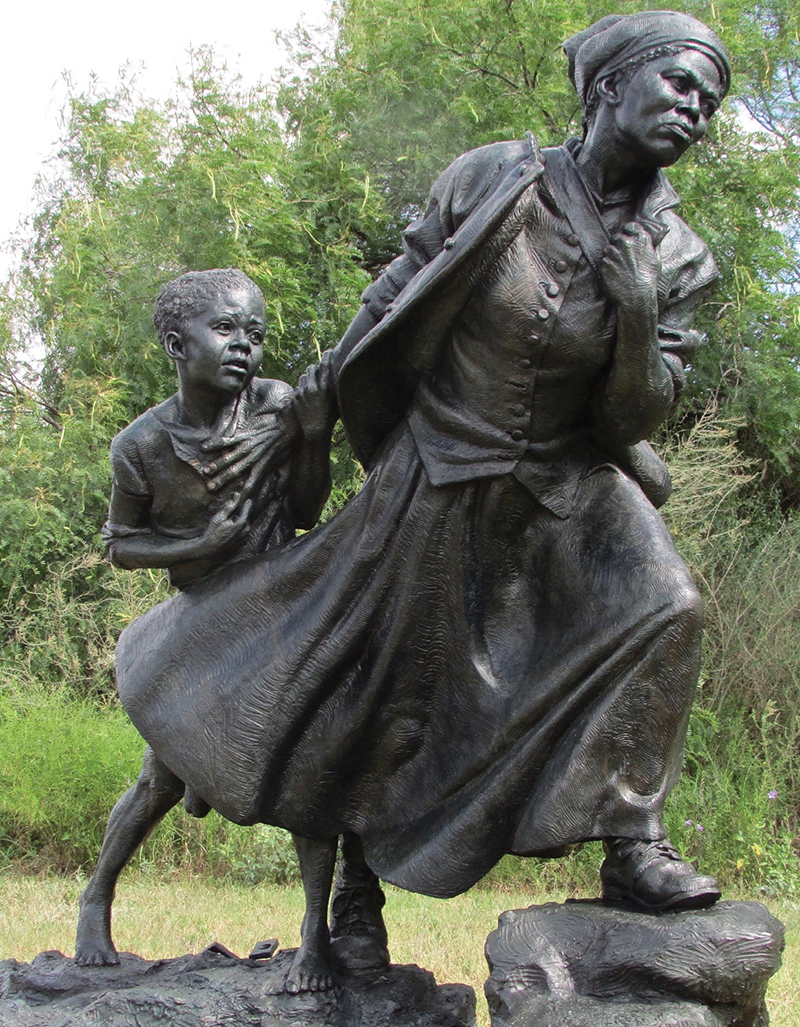 Underground Railroad hero Harriet Tubman takes shape in a striking sculpture crafted by Wesley Wofford, and she is making a stop in Sylva on her journey through the country. “Figurative art is a timeless way to talk to every human being on the planet because it is a shape they can recognize, empathize with, and look in the eyes of,” says Wofford, an Emmy- and Academy Award-winning sculptor who is based in Cashiers. “I am trying to respectfully amplify her legacy in a way that is relatable.” In the past year, the sculpture has exhibited in locations from Alabama to New York; its next stop is Bridge Park in Sylva, from September 20 to December 21. A dedication ceremony will take place from 2 to 4 p.m. on September 26. See more of Wofford’s work at woffordsculpturestudio.com.