Food Fight: One of WNC’s own heads to the World Burger Championship 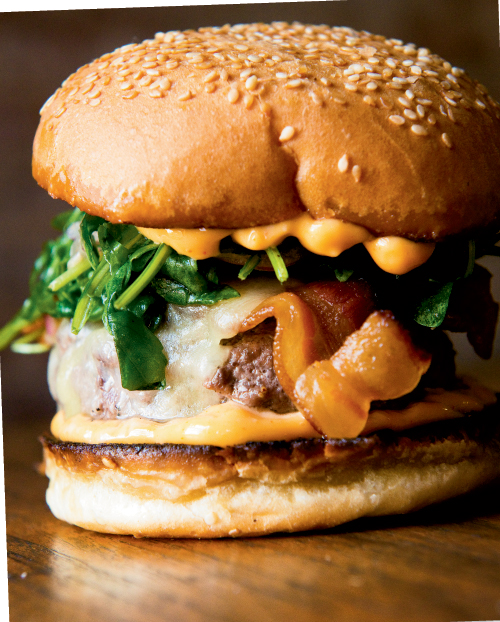 How good is the hamburger at The Vault in Asheville? You might ask actor Owen Wilson, who became a dedicated fan during a movie shoot in town last summer. Or, you could take the advice of the hundreds of locals who chose said burger as the champ in the inaugural WNC Battle of the Burger, held in July. Eleven eateries participated and came up with a surprising variety of takes on this quintessential American sandwich. The Vault’s winning entry, the creation of Chef Scott Wallace, features locally sourced beef and bacon topped with white cheddar, lightly dressed arugula and red onion, and spicy mayonnaise.

Now, Wallace is preparing to pack 15 pounds of meat into a cooler and fly to Las Vegas, where he’ll contend in the World Burger Championship, November 13-15. He’ll be one of 50 contestants in an event that will be filmed by the A&E cable network and aired sometime next year. And as he did in the WNC battle, Wallace says that even amidst the heated competition, he plans to focus on the basic strengths of his burger. “A lot of people try to do something fancy, something they wouldn’t normally make,” he says. “But our strategy is to put out the exact same product we put out here every day.”

Stay Tuned
To find out the winner, visit www.wncburgerbattle.com
following the competition. www.rankinvault.com