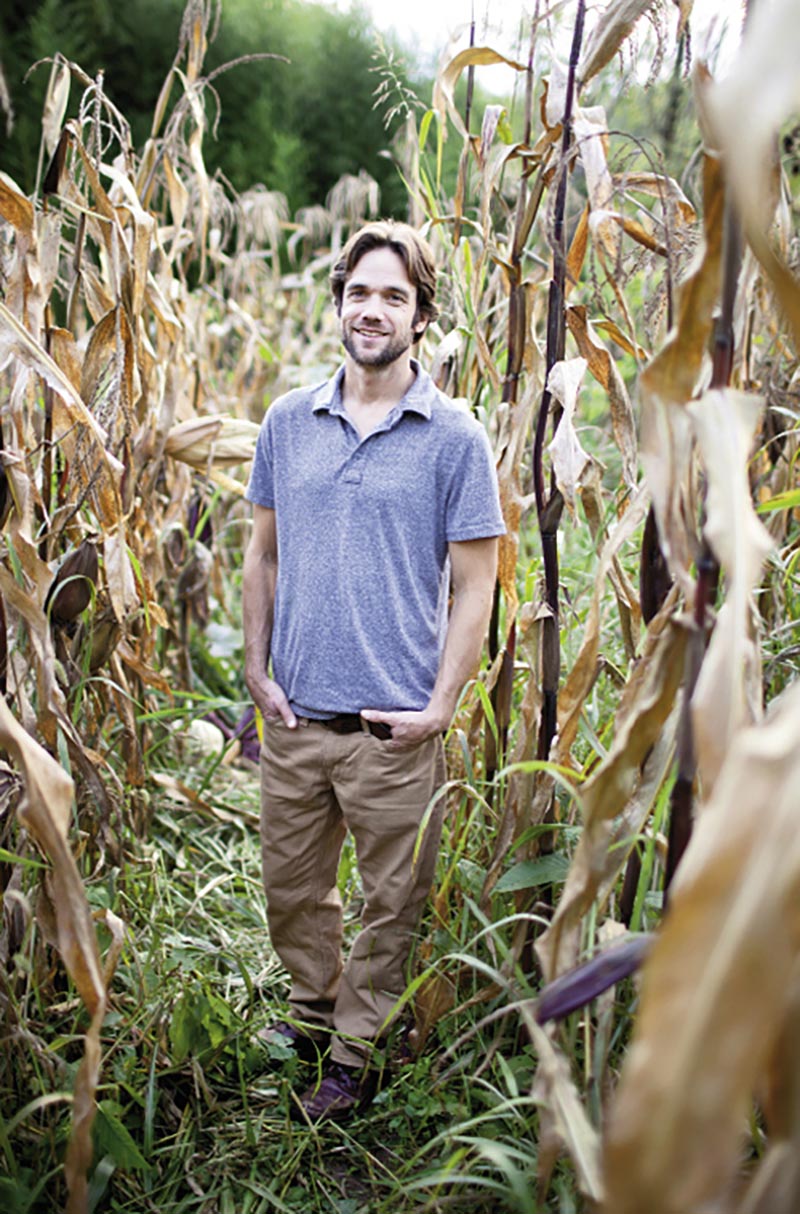 Jeremy Seifert thought a lot about what we eat while shooting his first documentary, DIVE!. In the 2010 film, he plumbed the depths of dumpster diving and the lives of those who live off America’s bountiful stores of wasted food. The movie, born as a class project and made on a shoestring budget, was an unlikely hit, winning 21 awards at various film festivals. As Seifert made the movie, he was also diving into life as a father. The 37-year-old filmmaker, who was born in Texas and raised out west, now lives in a restored farmhouse in Leicester, just outside of Asheville, with his wife and three young children.

Fatherhood prompted even more weighty questions about food. “My kids will eat whatever I give them,” he says. “They trust us.” But he was far from sure as to what he was actually giving them, especially because of what he’d heard about the potential risks of foods grown as genetically modified organisms.

GMOs are produced using genetic engineering to increase yields and reduce crops’ susceptibility to pathogens and herbicides. They’ve sparked controversy because of concerns about their potential long-term health effects and their contribution to reducing biodiversity in our food supply. “The context is a terribly broken food system that’s been industrialized and commercialized,” Seifert says.

Thus was born his second documentary, GMO OMG, which was released last year and garnered an even bigger reception than DIVE!. The film begins with anti-Monsanto protests in Haiti and then shifts the focus mostly to industrial farming and Seifert’s quest to feed his kids in the right way. “I discovered that the new reality of the world is that chemical companies are feeding us,” he says.

GMO OMG arrived amid the heated debate over whether genetically modified foods are a boon or a scourge, and was received with both accolades and brickbats. Seifert set out to “increase conversation about GMOs,” he says, and he’s certainly done that.

WNC magazine sat down with Seifert in his Leicester home to ask him about the experience of tackling tough topics as a food documentarian. Here are excerpts from our conversation:

WNC: I don’t know how the internal combustion engine works, but I still drive a car every day. I don’t understand how the Internet works either, but it’s pretty much my lifeblood. I try to eat my veggies, but I usually don’t know where they come from. Why should I?

JS: Because there’s this old maxim that we all know but hardly live by: “You are what you eat.” That’s the only way our body gets the nutrients it needs. Now, 90 percent of what we eat is highly processed wheat and corn and soy, which leads to a lot of the public health issues we’re seeing, and we’ve reduced our biodiversity substantially. Why should you care about your food and where it comes from? Because it’s your life and health, and your children’s life and health, that’s at stake.

WNC: On a lot of levels, GMO OMG is a primer that explains the most basic parts of a complex situation and the debates surrounding it. How important was it for you to simplify things for those of us who knew little about the topic before seeing your film?

JS: I decided on this approach­—this voyeuristic take on our family’s journey of discovery— because I remembered that I also shared the ignorance of most of the people I talked to about GMOs, from parents and siblings to people on the street. Most people, in any state of the country, didn’t really know what a GMO was. And they certainly didn’t know that they were eating them, or the basic information behind them.

WNC: A number of critics have blasted your approach to GMOs. Michael Specter, The New Yorker’s science writer, went so far as to call your film “aggressively uniformed.” How do you respond to that?

JS: I think that’s his opinion, and that it’s not backed by any fact. So, without mudslinging back, I would say his review of the film is aggressively uninformed, emotional, and biased. He’s saying that to sort of demonize people who are against GMOs. He wants to make people who question them sound crazy. I think I did as much as I could do with the time I had, and within the constraints of filmmaking, to be as informed as possible. Does the film cover the entire subject matter of GMOs? Absolutely not; it covers a small fraction of them. I don’t think he points to one fact in the film that is wrong, and I actually just dismissed his article as noise.

JS: This region has an incredible food scene, phenomenal farmers markets, and people who really care about food, where it comes from, and how it’s grown. I’ve seen such willingness here to collaborate and communicate about the issues raised in the film. But, in many ways, it’s like the rest of the country, where organic is a bit of a niche market. Organic can be harder to find, and when you go to an incredible local restaurant, and they serve you regular ketchup with high-fructose corn syrup, it’s telling me that we still have a long way to go.

WNC: At any point while you were making the film, did you ever think it’s too late to turn the tide on this issue, given how widespread GMOs have become?

JS: Yes, I felt that way from time to time, and I did sink into despair. But this is really where my children were very helpful, especially my son Finn’s sense of awe and wonder, and his love for seeds and biodiversity. That really helped me through. And I saw the passion of people in California who pushed for GMOs to be labeled and almost succeeded. And we recently witnessed the passage of a labeling bill in Vermont. That gives me hope.

GMO OMG is available for rental or sale on Amazon and iTunes, and recently became available on Netflix. Learn more about Seifert’s films and find information about area screenings at www.gmofilm.com.