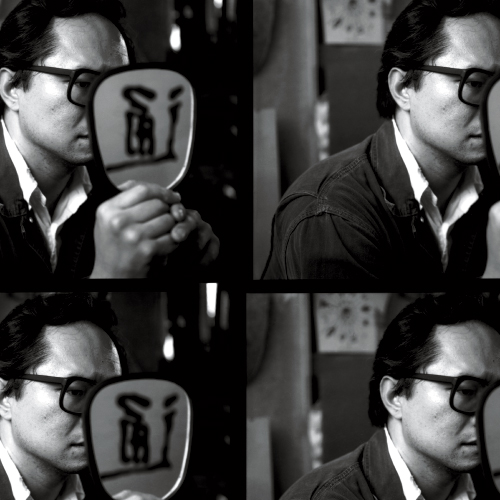 Decades before the term “going viral” came into parlance, Mel Chin used the concept of the virus to describe the way many of his projects were intended to both alter and be altered by the system into which they were injected. That’s just one example of how the Burnsville conceptual artist began his career—and has remained—ahead of his time. It’s why earlier this year, Chin was the subject of a major retrospective at the New Orleans Museum of Art, Mel Chin: Rematch.

Born in Houston in 1951, Chin started to gain national attention shortly after graduating from Peabody College in Nashville in 1975. His participatory See-Saw sculpture, commissioned for the Houston Main Street Monumental Sculpture Festival in 1976, showed the influence of the Land Art movement, and hinted at Chin’s interest in the intersection of art and science. His work continually evolved from there, with increasingly high-profile shows and accolades, including a number of National Endowment for the Arts fellowships and awards, a Pollock-Krasner Foundation fellowship, several honorary doctorates, and solo exhibitions at some of the nation’s top museums. In the early ’90s, he purchased a building in Burnsville to use as a studio and permanently relocated there from New York a few years later.

NOMA exhibition curator Miranda Lash defines Chin as an artist who has always worked outside of conventional definitions of what art is. Decades ago, she says, “Mel was exploring so many of the ideas in conceptual art that we take for granted today.” The fact that he works in a range of media—from video to sculpture, painting to performance—is only part of the equation. His work can be participatory in nature, and his projects can span decades or be confined within the walls of a gallery for a temporary exhibition. It can explore issues that affect us all, or those which reflect injustices that are rarely called to the public’s attention, and has been described as political, conceptual, and surreal, but also elegant.

There’s no need to label or define Chin’s style, says Lash. Rather, the retrospective was an attempt to chronicle the artist’s evolution and to acknowledge his contributions to contemporary art over the past four decades, along with his ability to foster dialogue on wide-ranging issues.

Although he’s been called an activist and provocateur, Chin sees himself more as a facilitator for conversation. His work is based on the idea first, whether it’s personal or public, he says. The fact that he works in multiple media on multiple issues, and with a wide array of participants simultaneously, is an aspect of his career that some find curious. “I haven’t made an attempt to develop a signature style,” he says. “That’s worthy, but it’s not what I’m into.”

Much of Chin’s work is driven by issues of social and environmental justice. “I don’t recommend going into tragic circumstances looking for inspiration. But once you’re there, you feel compelled to act, and it takes the form of a serious obligation,” he says.

Chin is currently at work on a project with the people of the Sahrawi refugee camps in Moroccan-occupied Western Sahara and Algeria. After being expelled from Morocco three decades ago, this community of around 90,000 has been living with scant resources and is dependent on international humanitarian aid for food, water, clothing, and other basic necessities. After members of the community met with a number of artists through ARTifariti, an art and human rights conference, they chose to work with Chin on a project to develop a kind of currency, which they now lack.

Conceptually tied to Chin’s Operation Paydirt, the Bank of Sun project is in its early phases, but will help the Sahrawi people secure their own resources through “sollars,” a currency created by the people and backed by solar power—one of the desert community’s few potential assets. In doing so, they could both gain options for themselves and offer the rest of the world some relief from dependency on fossil fuels, Chin explains. He’s collaborating with scientists and representatives from the United Nations to make it happen.

Like this one, many of Chin’s projects are ongoing and open-ended. The following works, taken from different periods of his career, demonstrate his deep and lasting impact on contemporary art.

Mel Chin: Rematch is a traveling exhibition, with scheduled stops in St. Louis this September, Houston in January through April 2015, and Akron, Ohio, in September 2015. See www.melchin.org for more information.