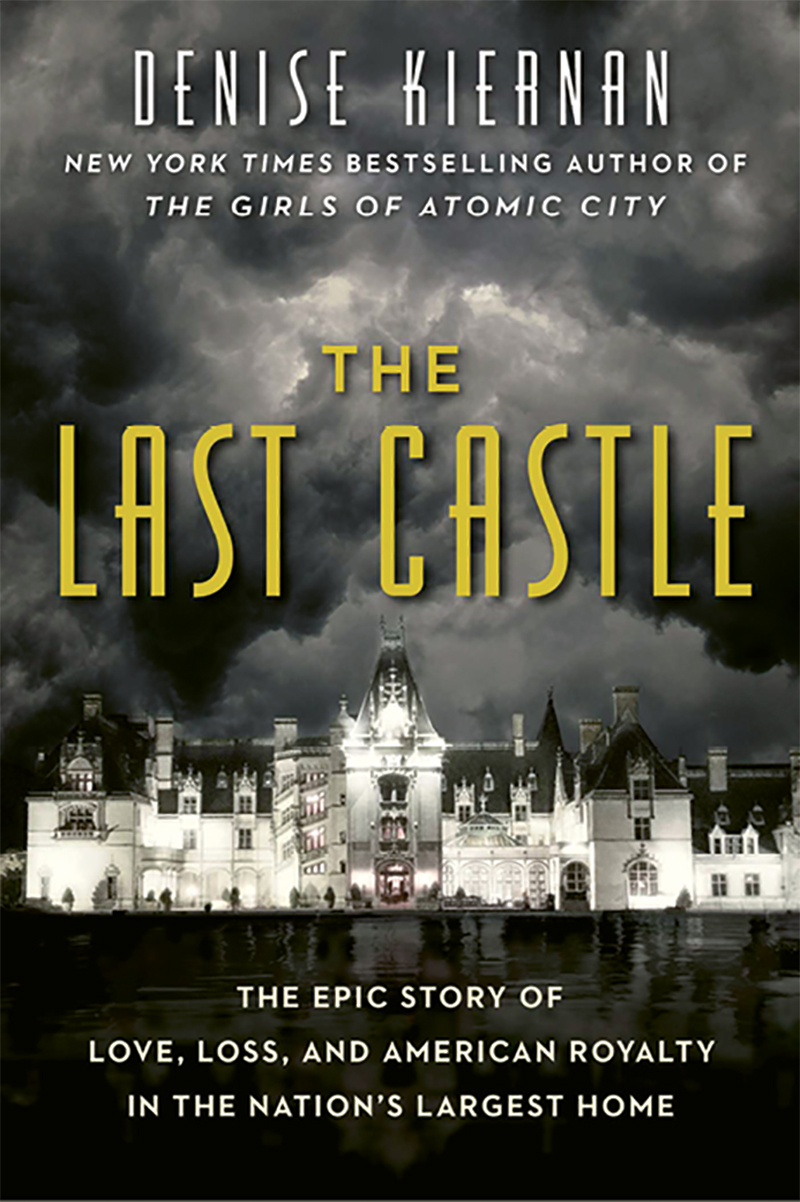 While precedents do exist, it remains rare for a house to be a protagonist. But in The Last Castle (Simon & Schuster, 2017), Denise Kiernan’s new nonfiction work about the Vanderbilt legacy, the Biltmore House and its surrounding estate fit that role. From page one, Kiernan transports the reader to the glittering Gilded Age ballrooms and parlors where the bookish George Vanderbilt, inheritor of a vast fortune and “dreamer from a faraway northern island,” first conceptualized his fairy tale-worthy mansion in its wild forest setting.

The book also tracks Asheville’s transformation with the arrival of Vanderbilt and his dedicated team. Landscape architect Frederick Law Olmsted, architect Richard Morris Hunt, and Dr. Rodney Rush Swope, the first rector of All Soul’s Cathedral in Biltmore Village, are among the many who make vibrant cameos. Readers peek behind the curtain at the Vanderbilts’ impact on black Asheville, as well as the economic boom spurred by Biltmore Industries (later run by Fred Seely) and Edith Vanderbilt’s contributions to education. The book follows the house and its famous family through the Great Depression, World War I, and eventually Cornelia Vanderbilt’s death in the 1970s, when Kiernan peers ahead into dreams of the future.