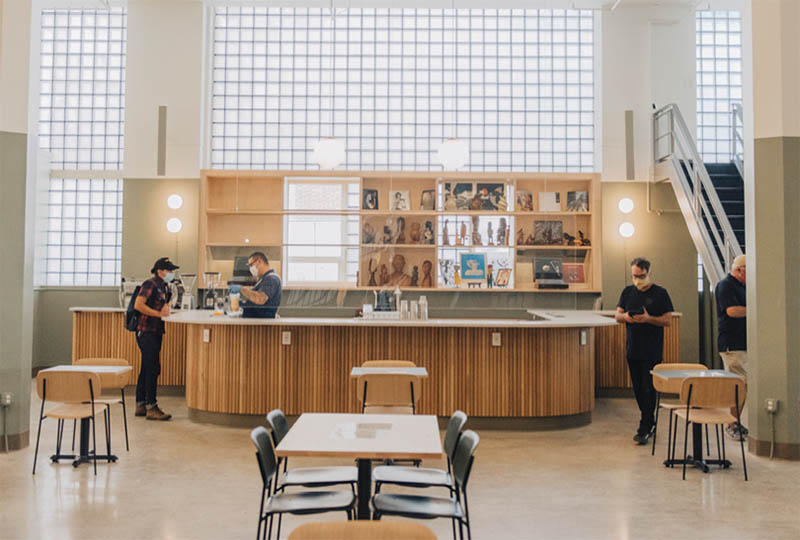 A city landmark home to print and broadcast powerhouses for nearly eight decades has been remade into what its founders hope will be a new Asheville haven of music and craft. Citizen Vinyl, a vinyl record producer and recording studio, music venue, farm-to-table café/bar, record shop and mini gallery, opened in October inside the former Asheville Citizen-Times building. It brings together a creative team from disciplines that have come to define Asheville in recent years: music, food, and art.

The goal is no less than “creating a monument of sorts to that Asheville spirit of creativity, and honoring history in a way that will inspire our own future creative works,” says founder and visionary Gar Ragland, a music producer who moved to Asheville about eight years ago. 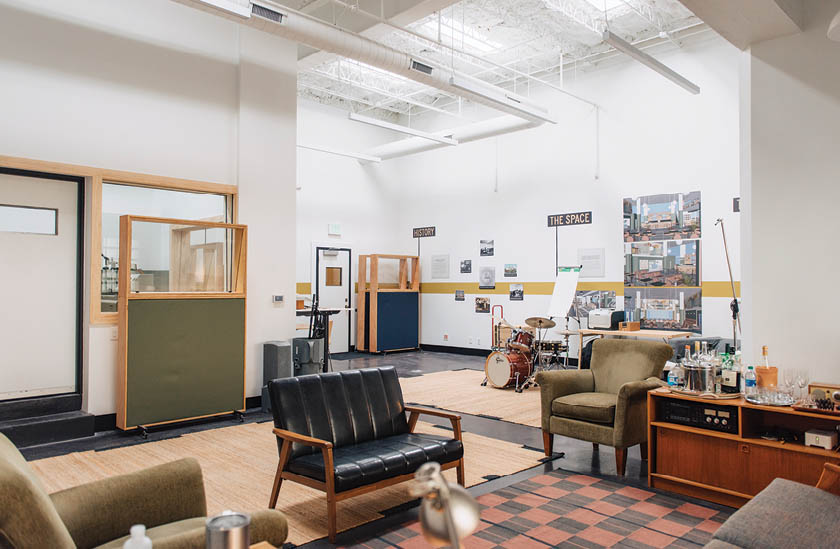 Asheville’s past has been obscured by the city’s recent boom in popularity with tourists, says Ragland. “I feel like we have so much to celebrate with our multigenerational music and manufacturing and the role that it has played,” rather than as simply a weekend party town, he says.

Citizen Vinyl’s location is key to its reimagined focus on music. The structure, built in the Art Moderne architectural style that followed Art Deco, opened in 1939 as the home to the city’s morning and afternoon newspapers, as well as one of the most powerful radio stations in the country. WWNC, with studios located on the building’s third floor, could be heard all the way to Texas. It featured top talent of the time, including Jimmie Rogers and Bill Monroe and The Bluegrass Boys, who premiered their new sound while playing in the station’s then state-of-the-art studio. (The building, while still home to the Citizen-Times, which is located on the second floor, is owned by a local developer.) 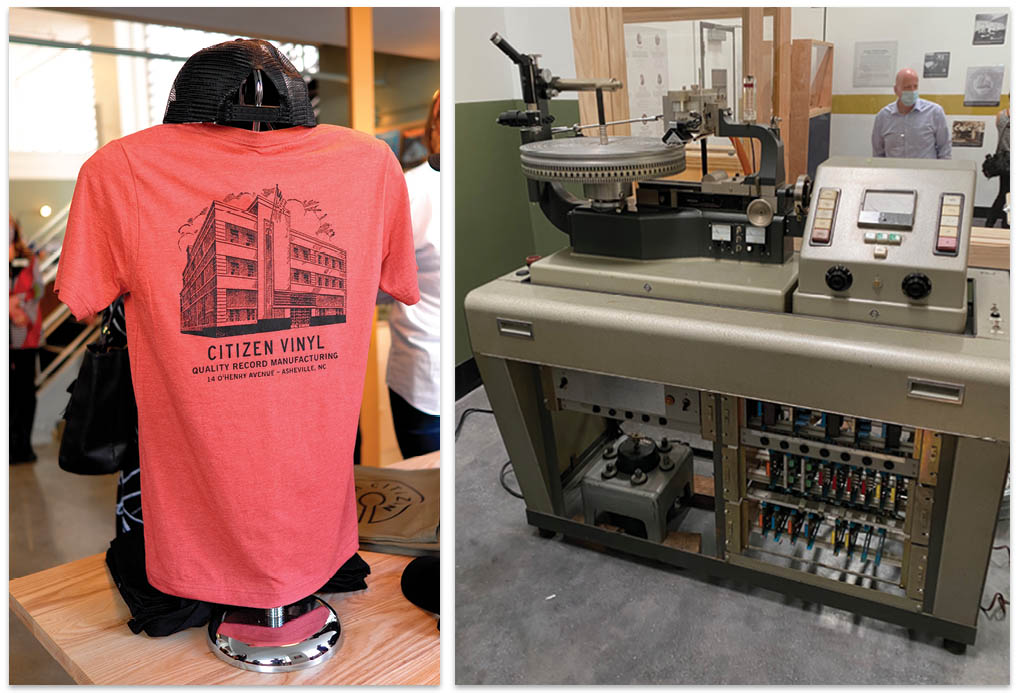 Those studios have been remodeled into what Ragland calls a modern analog recording studio. It will also be home to his record label, NewSong Music. The vinyl manufacturing facility, which will eventually be open to public tours, occupies the building’s first floor alongside the bar/café and record shop/gallery. Citizen Vinyl will help fill a production niche for independent musicians looking for runs of as few as 300 records.

Citizen Vinyl will host live, in-store performances that can be captured by its recording equipment, pressed to vinyl, and sold to adoring fans. There are also plans for lectures and listening sessions built around various albums. Caldwell, the artist curating daily music, says it’s all about paying homage to the reverential act of putting a record on a turntable. “We want folks to slow down and listen to a side of an album,” he says, “not a Spotify playlist.”