50 Ways to Play—Spring: When wildflowers dot the greening landscape and rushing rivers flow cold from snow melt, take in the beauty of springtime in the mountains with activities for the whole family 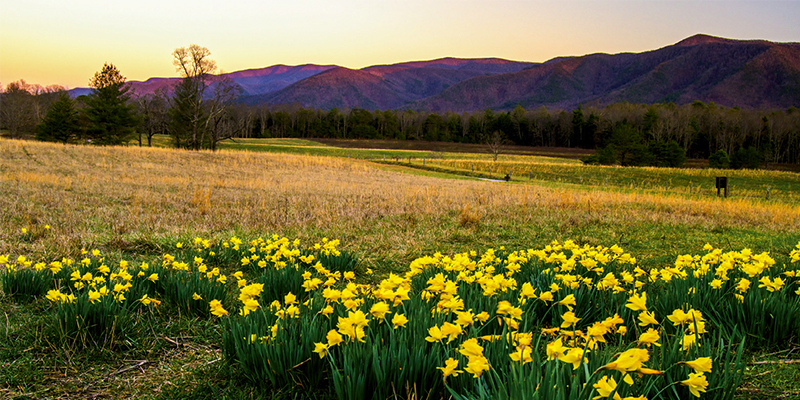 Spring is a glorious time to view the wildflowers of the Great Smoky Mountains National Park. And there is no better place to take in the spectacle than the fields and forests of Cades Cove near the western edge of the park in Tennessee. From February to April colorful ephemerals, such as bluets, trillium, and bleeding hearts, dazzle wildflower seekers during their transient appearance, which flaunts the fabulously elegant and broad web of life in the South’s botanical paradise. www.nps.gov/grsm 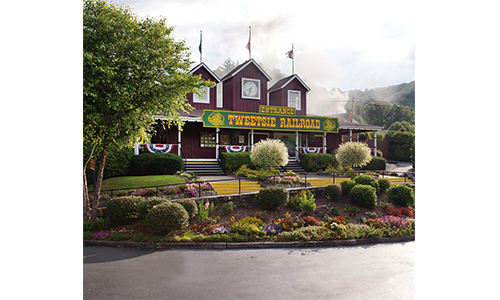 All Aboard on Tweetsie Railroad

Since 1957, over a million guests have let off steam at this gem of a tourist attraction in the High Country. Many of them have climbed aboard coal-powered Locomotive No. 12, the last narrow-gauge engine of the East Tennessee and Western North Carolina Railroad that powers a three-mile tour in the charming hamlet of Blowing Rock. While the rail ride may be the centerpiece, the Wild West-modeled theme park has plenty of bells and whistles too, including the Deer Park Zoo, live entertainment, gold panning, and country fair games. www.tweetsie.com

The 747-yard par 6 at the public Black Mountain Golf Club course was once the world’s longest. While there may now be more lengthy holes elsewhere, and certainly myriad greenways across the mountains at which to tee up, the views from the fairway of the 17th hole are as splendid as they come. www.blackmountaingolf.org

Billed as the steepest and fastest zip line canopy tour in the US, The Gorge delivers unequaled views of the rugged and picturesque Green River Gorge that carves through the Blue Ridge Escarpment near Saluda in Henderson and Polk counties. Surrounded by over 10,000 acres of state-protected land, your heart will pound zooming down 1,100 vertical feet from the rim of the gorge to the river bottom on 11 sections of cable spanning 1.25 miles. www.thegorgezipline.com 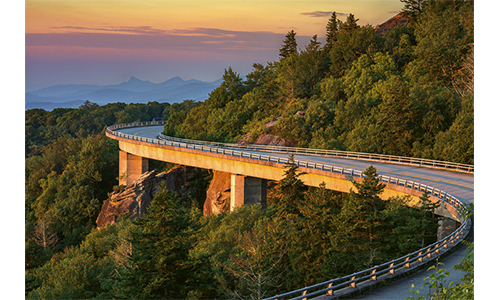 The Blue Ridge Parkway, America’s most scenic two-lane highway, runs 469 miles from Virginia through Western North Carolina, and is dotted with fabulous detours, among them cascading waterfalls, historic sites, and rocky domes. In late spring, take the famous motorway north from Asheville to Craggy Gardens to gawk at the delicate pink and purple blooms of the Catawba rhododendron, the region’s most recognizable shrub. www.nps.gov/blri 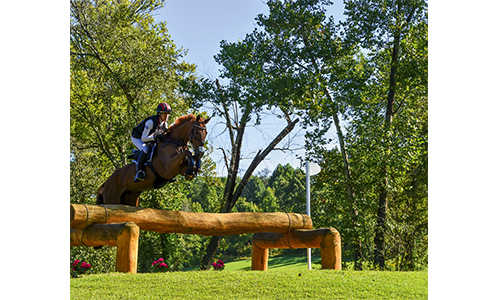 While a high-end horse-riding mecca may seem an unlikely fit in the hardscrabble clay foothills of the western Piedmont, the Tryon International Equestrian Center is the finish line for equine lovers from coast to coast. The 1,600-acre megaplex features a 5,000-capacity stadium, 1,200 permanent stalls, and 12 riding arenas surrounded by shops, restaurants, and on-site lodging. In addition to attracting the best riders from around the world, the founders are playing the odds that the admission-free attraction will broaden the appeal of equestrian sports to all. The season kicks off in April. www.tryon.coth.com

Delight in a round of miniature golf with friends and family in quaint and scenic Maggie Valley in Haywood County. All ages and skill levels can tee off on one of several fun and quirky courses set among the high ridges of the Smoky Mountains. Stroke your way past water features and overcome tricky contours, obstacles, and hazards on the links at Fantasy Golf & Game Room. Or take a shot at a hole-in-one on two vintage 18-hole championship mini courses at Maggie Valley Carpet Golf, in operation since 1963. There’s also an indoor option, Red Barn Miniature Golf, in nearby Waynesville too. Facebook: Maggie Valley Carpet Golf; www.fantasygolfandgameroom.com 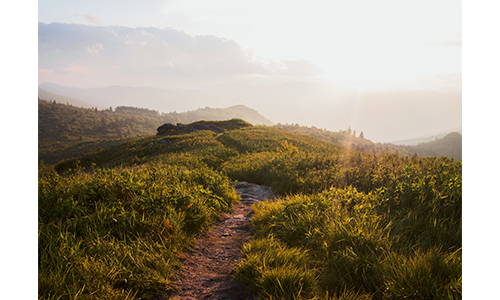 Hiking the long trails of the Blue Ridge Mountains is an immersion in millions of years of cultural, geologic, and biological history. Nowhere in the East are the mountains higher, the gorges so deep, the biodiversity as vast, or the history as rich. Discover some of the most remote and wild places of the region along three famous footpaths. The 30-mile Art Loeb Trail from Brevard to Cold Mountain is a tribute to the memory of one of the region’s trail pioneers. Escape the crowds at the summit of Mount Mitchell—the East’s highest—and head north to explore the breathtaking and remote Black Mountains along the 11-mile Black Mountain Crest Trail. Last, brave runners can test their skills on the Shut-In Trail—a 17-mile grind from the French Broad River to the base of Mount Pisgah on the route of the area’s most fabled trail race.

Just a short drive from downtown Asheville, the North Carolina Arboretum houses an exhibit and education center. The state garden is also home to 65 cultivated acres displaying some of the region’s rarest plants. When it’s wet and cold, visit one of the indoor traveling exhibits that focus on the arts, science, and education. A favorite among nature lovers is the bonsai exhibit that features dozens of meticulously crafted, diminutive trees. And if the weather is fair, take a hike on a segment of the 10-mile trail system, which includes interpretive paths through wooded landscapes. www.ncarboretum.org 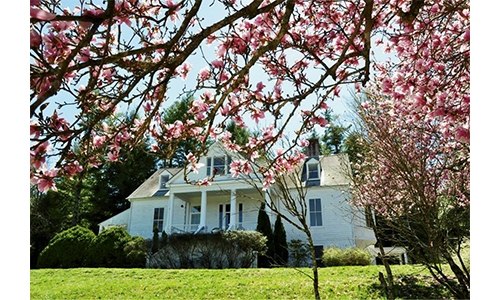 Tour the Home of the People’s Poet

The Carl Sandburg Home National Historic Site in Flat Rock is a tribute to the Pulitzer Prize-winning poet. Opened in 1974, the grounds contain 264 acres of pasture land, granite domes, woodlands, a herd of goats, and a trail system. Visit the house and explore the museum that includes motion pictures, photos, maps, letters, and 12,000 books relative to one of America’s most famous authors. But don’t just visit for the collection of literature, the park holds a lush assemblage of plant life too. www.nps.gov/carl

Check out 50 Ways to Play for the other seasons: