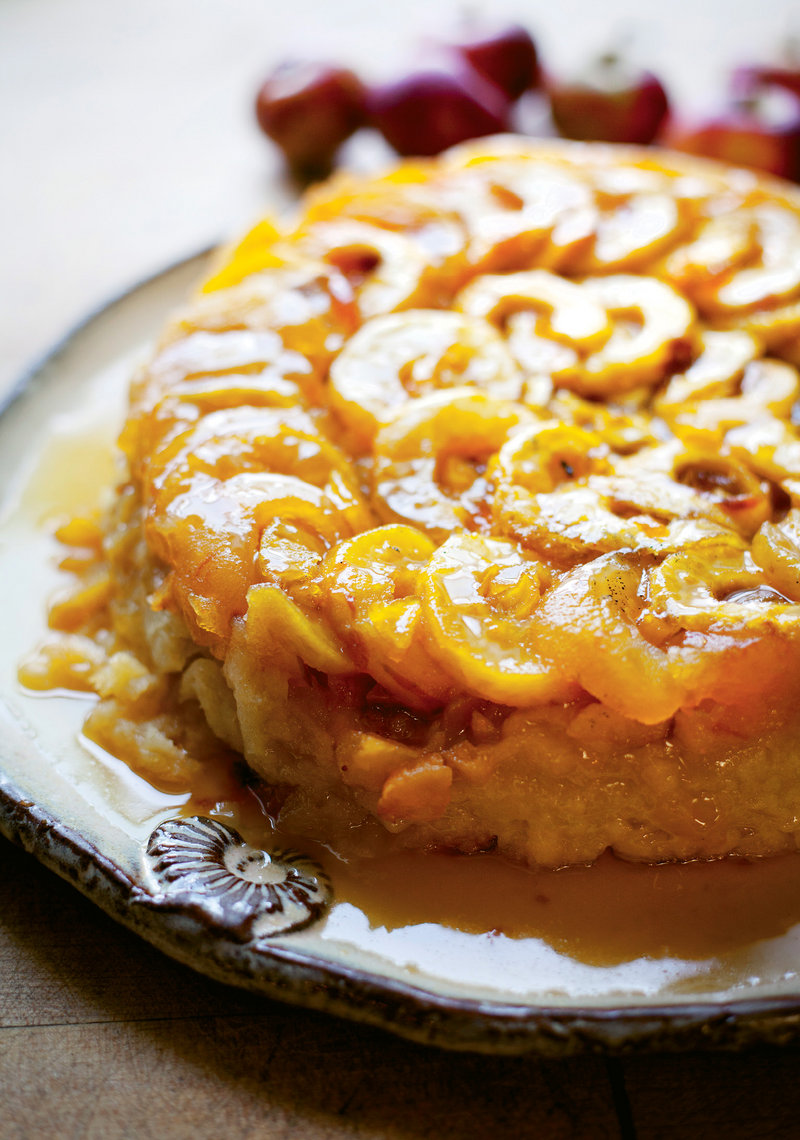 In a bowl, mix flour, water, yeast, salt, and two tablespoons of sugar. Let stand for 10 minutes. Knead for 30 seconds, then let rest 20 minutes in the fridge. In a separate bowl, knead butter rapidly for about 30 seconds, until soft but still cold. Remove dough from fridge and roll out into a 16-inch square on a lightly floured or nonstick surface. On parchment paper, spread the butter into a nine-inch square. (Use flour to keep the butter from sticking to your hands, and work quickly to prevent butter from melting.) Position butter atop the dough in a diagonal orientation. Fold the dough so that four corners meet in the center, and pinch the four seams until they are connected. Rest dough in the fridge for an hour.

Toss apples with lemon juice and zest, cornstarch, and remaining sugar in a bowl and set aside to rest. Remove dough from fridge and, on a floured or nonstick surface, roll out until it’s about 16-inches long. Fold in threes like a letter, then turn the surface 90 degrees. Roll dough out again and fold in threes once more. Rest in fridge for 30 minutes. Remove, and repeat process of rolling out and folding twice more, then 30 more minutes in the fridge. (Note: The key to attaining a light, flaky crust is to keep the butter solid between the layers of dough.)

Preheat oven to 375°F. Place apple mixture in a 12-inch cast-iron skillet. Remove dough from fridge, roll out on a floured surface until it can cover the skillet, and place on top of the apples. Place skillet in the oven and bake for 25 minutes. Let rest an hour or more to consolidate. To remove from the skillet, gently warm over a burner to soften the sugars, and turn out onto a plate. Top inverted tart with vanilla ice cream.