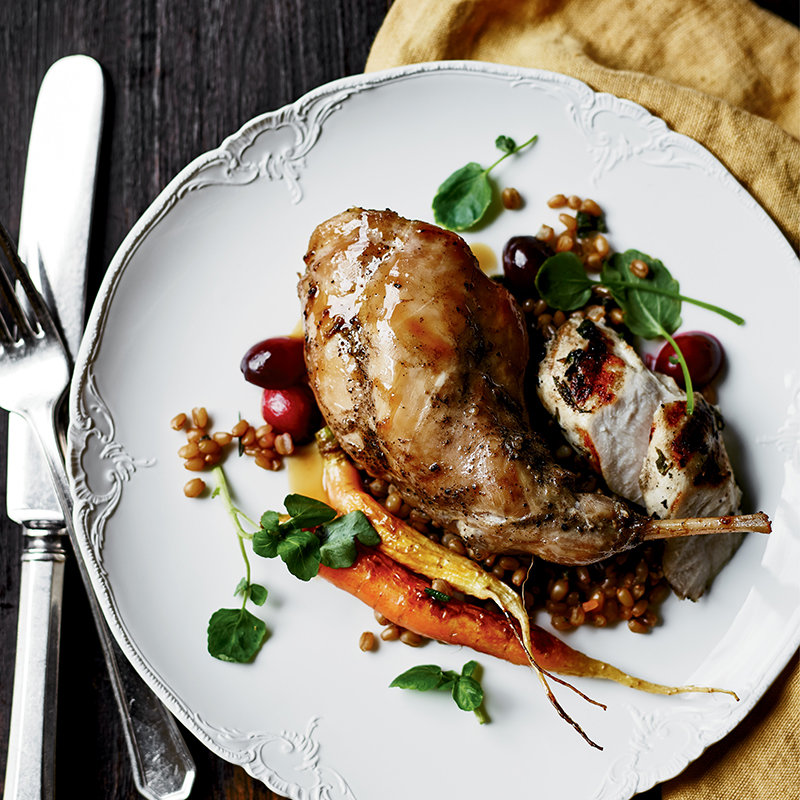 Place rabbit loins, oil, and herbs in a covered container, and refrigerate for at least two hours to marinate. Heat the grill to medium. Remove loin from marinade and season with salt and pepper. Place on the grill for approximately three minutes on each side, or until a meat thermometer registers 160°F. Remove and let cool for five minutes. Slice thin just before serving.

In a bowl, mix salt, sugar, bay leaves, and juniper berries to form a rub. Cure meat by rubbing the mixture liberally on rabbit legs, and then place in refrigerator, covered, for at least three hours. After legs have cured, preheat oven to 225°F. Place legs in a ceramic baking dish and cover completely with animal fat. (Note: Duck fat can be purchased at select meat markets.) Cook for at least three hours. The rabbit is done when the meat falls from the bone. Allow rabbit to cool in the fat. When finished, fat can be strained and frozen for later reuse. (Note: Rabbit can be purchased from local butchers or farms. Bloodworth sources his from New River Organic Growers.)