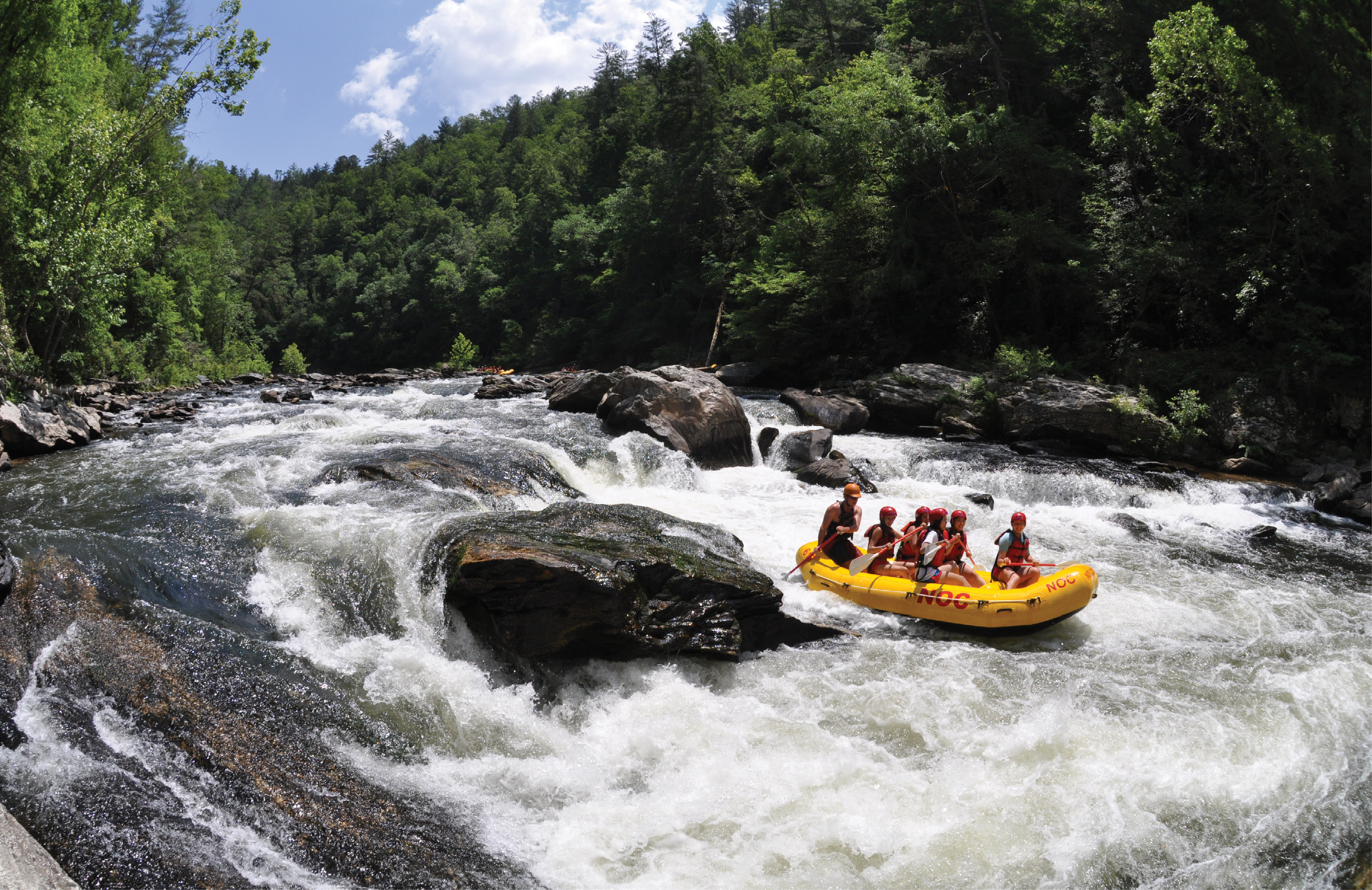 The Chattooga River offers one of the most thrilling whitewater adventures in the Blue Ridge Mountains. Section III is more accessible while section IV presents an even wilder ride.

Western North Carolina possesses one of the country’s top playgrounds for paddlers. From notorious stretches of frothy whitewater, like those found in the expert-only Green River Narrows or along the Nantahala River, where Olympic kayakers train and compete, to more subdued floats on the French Broad River, the New through Ashe and Alleghany counties, or the kid-friendly Oconaluftee River in Cherokee, there’s something for every age and skill level. Though when it comes to that singular epic, bucket list-worthy whitewater experience in the Blue Ridge, seasoned paddlers point to the federally designated Wild and Scenic Chattooga River.

Made famous in the haunting 1972 film Deliverance, the Chattooga carves a rugged boundary between the mountainous northern reaches of Georgia and South Carolina. From its headwaters at Whiteside Mountain near Cashiers in WNC, the river tumbles in a southwesterly direction before it is ultimately subdued by a series of dams and gathered up into the placid waters of Georgia’s Lake Tugaloo. In the 57 miles before the dams though, the Chattooga remains wild and unrestrained. Flowing through a densely forested, federally protected wilderness corridor, it is one of the few places left in the Southern Appalachian Mountains where an authentic wilderness river trip can still be achieved.

It is difficult to orchestrate words that accurately depict the feeling one gets while being propelled by the unbridled force of the Chattooga’s current, as primordial forests unfold before you. I’ve only experienced the river this way once, during a self-guided trip with friends down section III in an inflatable kayak. The experience can just as easily be obtained, often more safely and efficiently, by going with one of the many reputable guiding services operating on the Chattooga’s banks.

Section III offers tamer stretches and is ideal for families. It’s characterized by class II and III rapids, with multiple opportunities along the way for swimming and otherwise soaking in the iconic beauty of the Chattooga. Adrenaline junkies taking on section III will scratch their itch at the end, with a trip through the famous class IV Bull Sluice rapid, which drops 14 feet through a narrow tangle of boulders.

Section IV harbors most of the rapids that have made the Chattooga famous among the thrill-seeking set, including an exhilarating stretch called Five Falls, where five class IV rapids confront paddlers in a short one-third mile. The section III put-in is at the Highway 76 bridge, where the Chattooga still runs wild and free, while the takeout puts paddlers in the still waters of Lake Tugaloo, where the undammed portion of the river comes to an abrupt end.

Whether you make the journey by kayak or raft, choose the more novice-friendly section III or opt for the technical rapids of section IV, a journey down the wild and scenic Chattooga River is unforgettable. 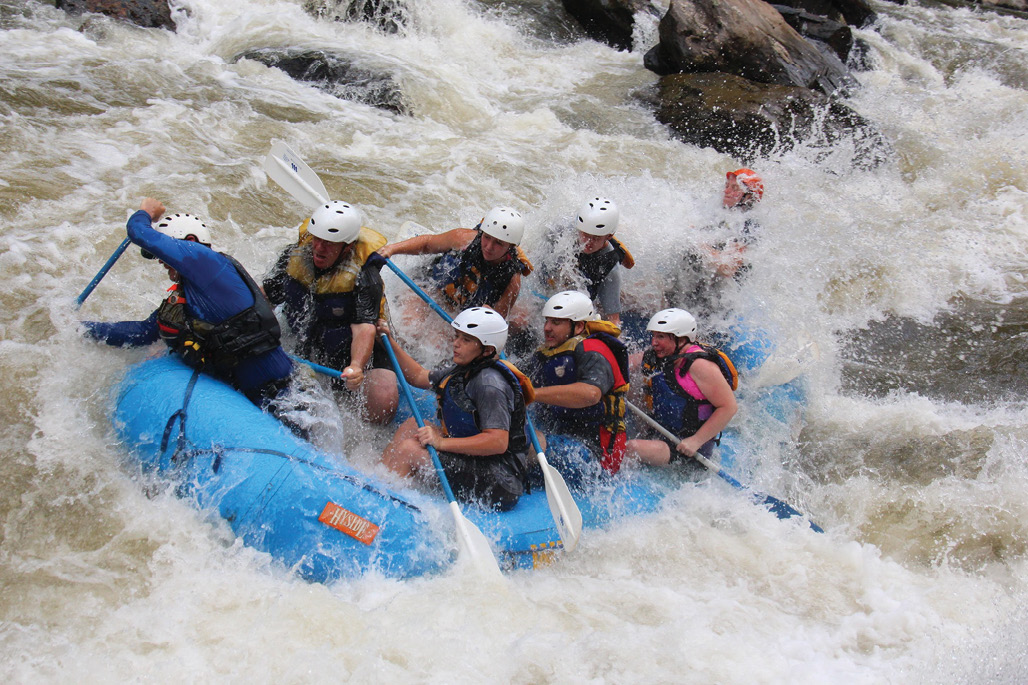 Unless you are a seasoned paddler, be advised that it’s best to go with a guide.

Those looking to add the Chattooga to their adventure bucket list would be well served by booking a whitewater rafting expedition through one of the river’s numerous guiding outfits. Here are a couple with roots right here in WNC:

Wildwater Rafting
Like the NOC, Wildwater started on the banks of the Chattooga back in the early 1970s and is still one of the premier guides on the river to this day. Their Chattooga outpost is located in Long Creek, South Carolina, but Wildwater offers outdoor adventures all over WNC and the greater Southeast. (864) 647-9587, wildwaterrafting.com