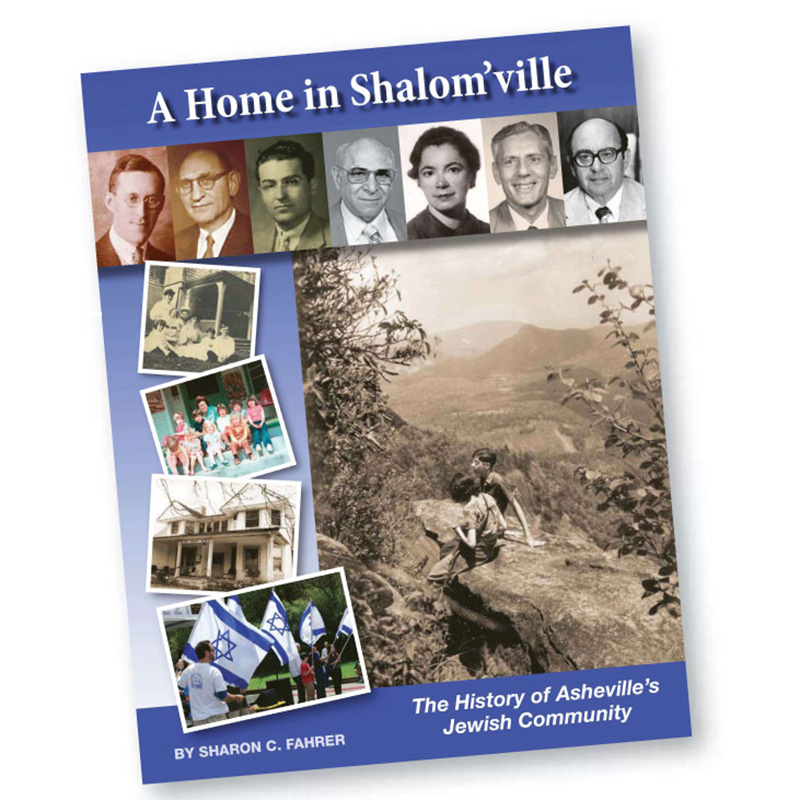 To celebrate its 75th anniversary last year, Asheville’s Jewish Community Center commissioned an in-depth account of local Jewish life. The result is A Home in Shalom’ville (History@Hand Publishing, 2015), Sharon C. Fahrer’s detailed and poignant take on how people of the Jewish faith were integral to shaping many facets of Western North Carolina’s modern history.

The first documented Jewish presence in Asheville dates to the 1860s, and while the Jewish population remained relatively small for decades, it found an early champion in Zebulon Vance, the Civil War and Reconstruction-era politician who famously advocated against anti-Semitism. And the community remained generally hospitable to Jews in the 1930s, even as notorious Hitler acolyte William Dudley Pelley ran a national fascist group, the Silver Shirts, from here.

Fahrer shows how Jewish religious, business, and civic leaders, attorneys, philanthropists, artists, and activists of many stripes put their stamp on the area. And while some of the stories and personalities she shares are widely known, others serve as revelations to even local history buffs. She concludes with a chapter profiling the varied and vibrant host of Jewish organizations that continue to evolve along with Asheville and help build its future.