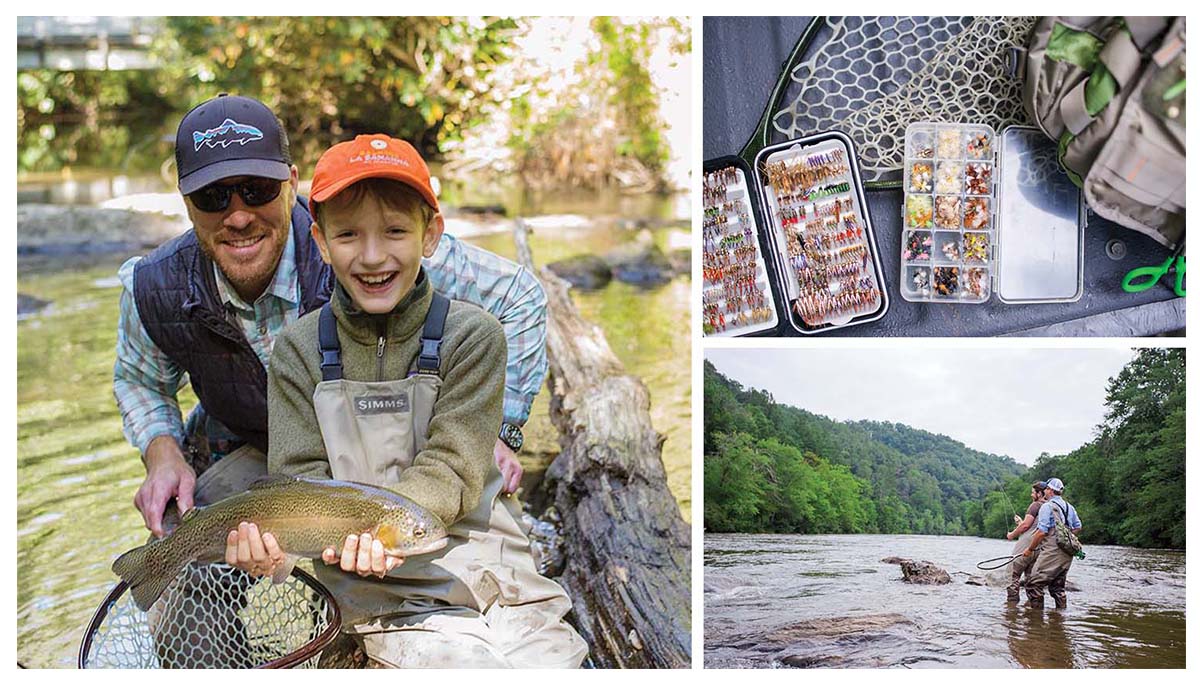 Jackson County is recognized as the North Carolina Trout Capital, and the fishing is accessible for all ages. Many guides outfit and take people out on the WNC Fly Fishing Trail.

On a cool spring morning, mist hovered above the still surface of the Tuckasegee River, which flows from Cashiers through Sylva, Dillsboro, and Bryson City en route to Fontana Lake. My fly fishing guide had me casting a San Juan worm into a hole full of finicky rainbows, and thanks to his patient tutelage, we were netting fish after fish.

I was fishing a stretch of trout river that runs from the NC 107 bridge to Dillsboro Park, one of several portions of “the Tuck,” which is the centerpiece of the Western North Carolina Fly Fishing Trail. The first of its kind in the United States, the trail guides anglers to 15 primo fishing spots throughout Jackson County. As the morning progressed, we continued to catch fish, accessing multiple wade-friendly spots while soaking in the bucolic scenery that surrounds the river. 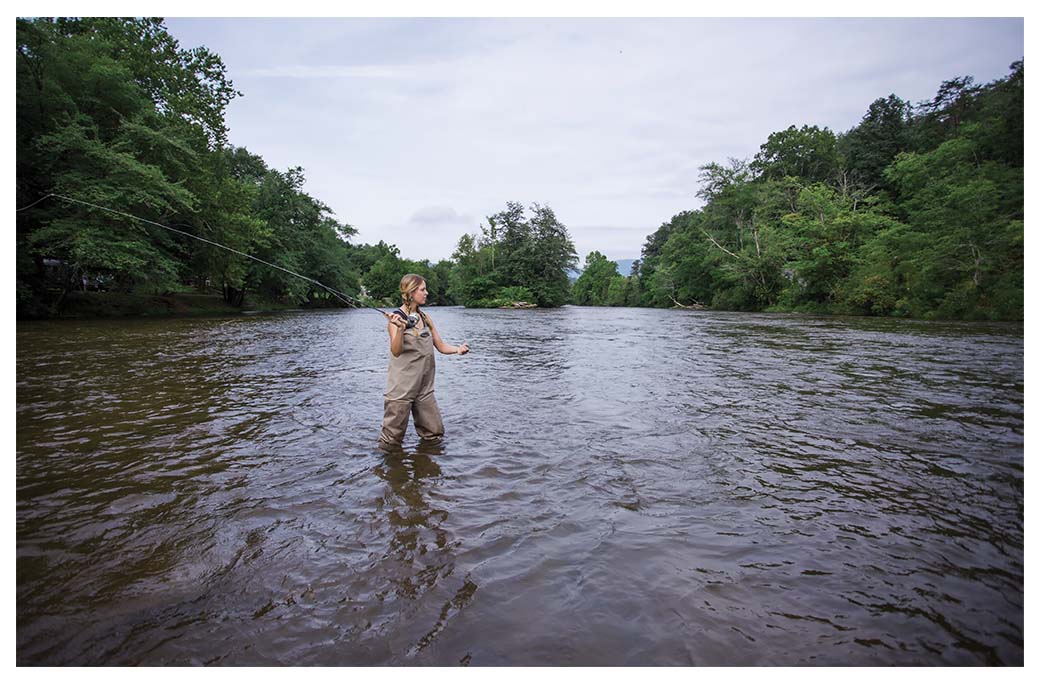 Jackson County’s waterways are stocked with nearly 100,000 fish annually. A wealth of need-to-know details can be found at discoverjacksonnc.com.

Western North Carolina is home to some of the nation’s top trout waters and, as such, has long been considered a premier destination for fly fishing enthusiasts of all stripes eager to hook native brook trout, aggressive browns, or vibrantly colored rainbows. But even within this trout-rich region, few places boast better angling opportunity than Jackson County. With its hundreds of miles of gin-clear streams coursing through large swaths of the Nantahala National Forest and Great Smoky Mountains, Jackson’s waterways could keep a single angler entertained for a lifetime.

For anglers with an eye for adventure and a desire to check some of WNC’s top fishing holes off the list, all 15 spots along the WNC Fly Fishing Trail would be a worthy endeavor. Though a short list should certainly include the well-stocked Tuckasegee (spots 10, 12, and 15 on the trail map), the rugged and beautiful Whitewater River (spot 7), Scott Creek (spot 1), and the Cherokee Trophy Waters of Raven Fork (spot 6), which contains rare species of golden and donaldson trout and offers a good chance of landing trophy-size fish. And for those either really serious or just downright lucky, the “Tuckasegee Slam”—when brook, brown, and rainbow trout are caught all in the same spot—is a brag-worthy pinnacle achievement. 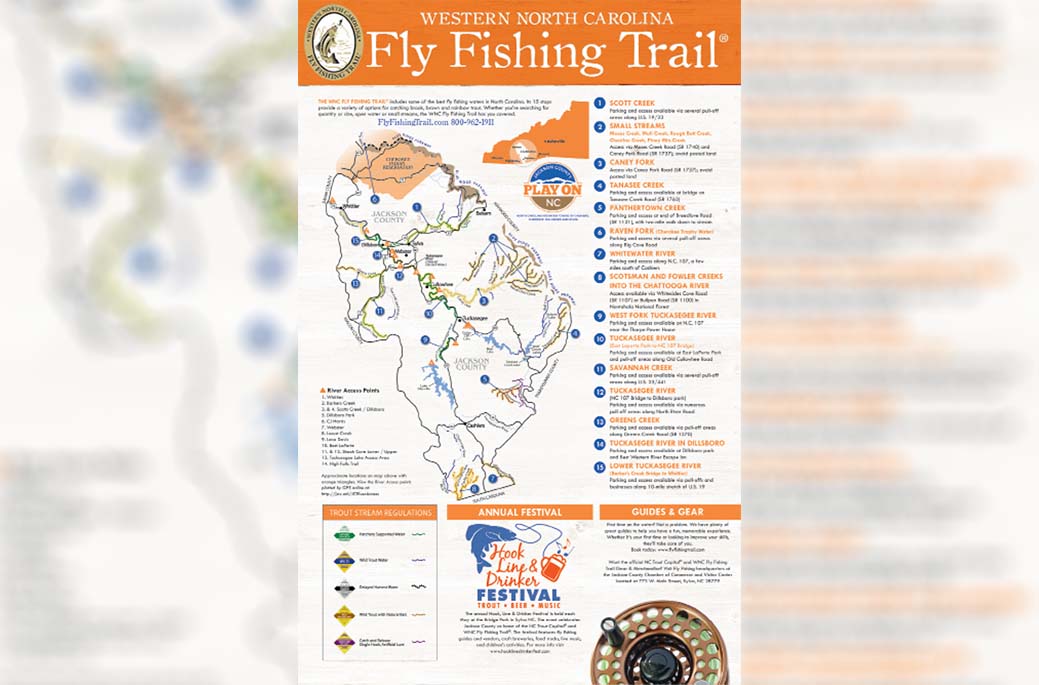 Find more info about the WNC Fly Fishing Trail, including a detailed, downloadable map of all 15 honey holes, at flyfishingtrail.com. A North Carolina fishing license is required for all spots along the trail, and a special tribal permit is needed to fish the Raven Fork trophy waters of Cherokee. There are copious guides offering fly-fishing expeditions on the WNC Fly Fishing Trail; here are a few favorites: