Home /Written On the Heart

Written On the Heart

Written On the Heart: A Cullowhee artist creates narrative jewelry that touches the spaces within 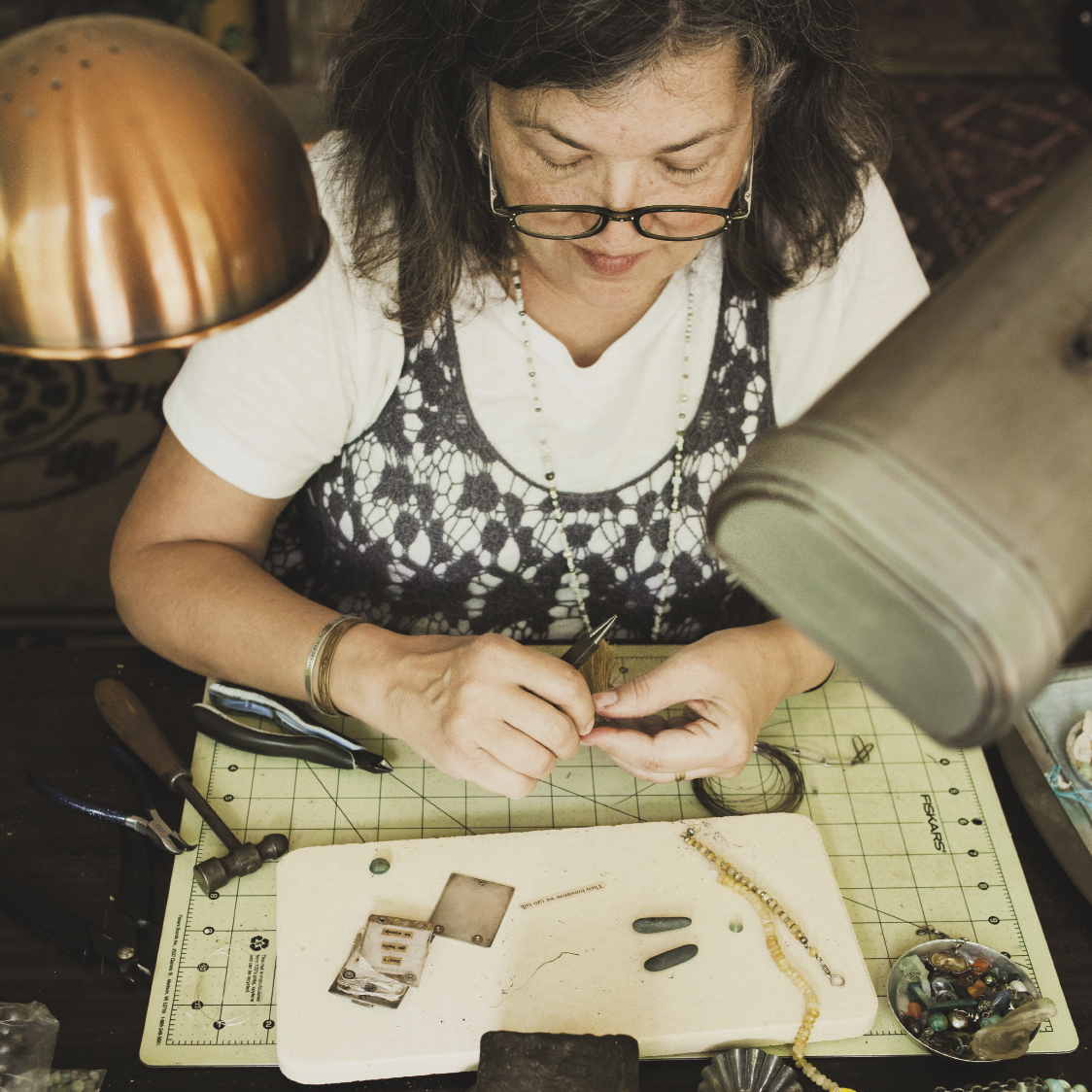 It may be best to describe Nina Bagley as a poet whose medium is jewelry, or possibly as a multimedia artist who works in metals, found objects, and words. The Cullowhee artist calls her necklaces, bracelets, and pendants “narrative jewelry”—works that are kept close to the surface of the skin to remind the wearer of feelings held deep inside. Almost talismanic in spirit, her pieces include objects found in nature and are made intuitively to evoke memory and emotions rather than simply to adorn.

Maybe it was inevitable that she would create the kind of work she does. Bagley grew up in Montgomery, Alabama, the daughter of an architectural salvage contractor. “I was taught to appreciate older things, things that weren’t mass produced,” she says. “And I’ve always gathered things: heart-shaped rocks, arrowheads. I can’t stop looking and finding things.”

For a while, Bagley says, she collected antique found objects, such as old piano keys and buttons, but now, living in rural Western North Carolina, she finds what she needs in riverbeds and open fields. There was once a dump upstream from the river near where she lives, and pieces of water-polished glass now turn up and make their way into her jewelry. “There are treasures all over my studio table,” she says, including shells, sticks, and shards of pottery.

Words are equally important to Bagley, and she incorporates them into her work very intentionally. “I love for my work to have a story,” she says. She affixes words from the yellowing pages of discarded books into her pieces, or stamps them into metal or engraves them into stone. “Just a stone by itself,” she says, “doesn’t appeal to me as much as something that has a story to it.”
“I like for the words to get warmth from the skin,” she says. “I hope what I make will be treasured and handed down.”

To purchase
See more of Bagley’s work at ornamental.typepad.com and purchase it at www.etsy.com/shop/ninabagley.