The Write Stuff: Playwrights: Brevard Little Theatre wants to see what you’ve got 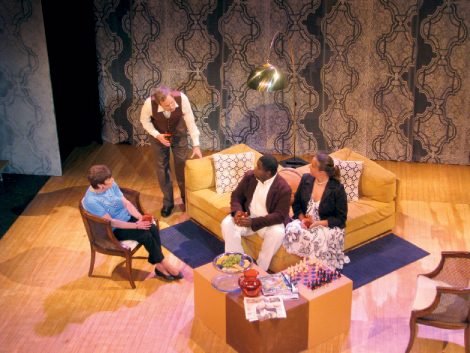 Aballerina and a soldier become ensnared in the absurd hijinks of a bumbling CIA agent. A vigilante farmer kills for revenge and must decide whether or not to implicate his accomplice son. This divergent pair of past years’ winning plot synopses—respectively from Neville Mur’s farcical A Marine Caught in Leotards and Philip Lewis’ intense drama Abiding Place—illustrates the broad scope of Brevard Little Theatre’s New Play Competition.

Now in its seventh season and attracting nearly 1,000 amateur playwrights worldwide, the New Play endeavor is a chance for three winners to put their productions in front of an audience. Scripts are accepted through July 30, and winners will be announced in September. Catch a performance of the top plays in May 2011. It might just be a sneak peak at the next Broadway hit.

Curtain Call
Scripts for this year’s New Play Competition will be accepted through July 30. See
brevardlittletheatre.com
for writers’ guidelines.