What's In a Name? - Luck & Trust: As luck would have it, one determined Madison County man brought a welcome change to his isolated community—and inadvertently endowed it with two quaint monikers. 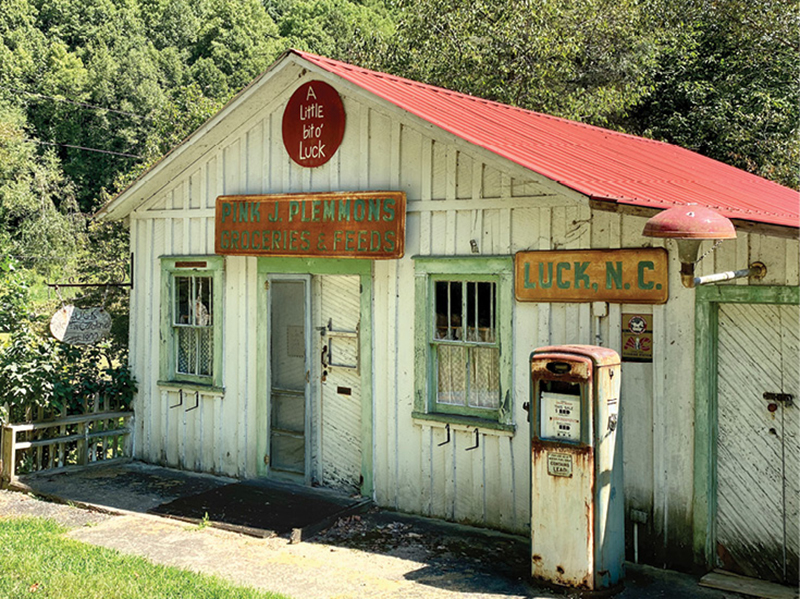 In the late 1800s, a sparsely populated area in the southwest of the county, between Hot Springs and Lake Junaluska, was known as Spring Creek. A lovely if spartan land, its residents suffered from that fact that the closest post office was 15 miles away—a fur piece in those days.

A local resident, Joseph Plemmons, thought that wouldn’t do, and around 1900 he prevailed upon the US Postal Service to establish a post office. “I trust I will have the luck” of being appointed postmaster, he wrote, according to the late journalist and historian John Parris. Following his lead, officials opened not one but two post offices in the area, dubbing them Trust and Luck, and named Plemmons postmaster of the Luck branch.

Plemmons ran that initial post office from a corner of his home, which also functioned as a store. (Likewise, the Trust post office shared space with a country store.) When Plemmons retired from the gig in 1930, his nephew, Pink Plemmons, became the new Luck postmaster, a position he held until both post offices were shut down in 1957, as better mail services were extended to the area. Now long gone, those postal outposts gave two Madison localities quaint names that have stood the test of time.