What’s ReHappening?: Black Mountain College’s spirit of creative collaboration lives on during an evening of dining and spontaneous art 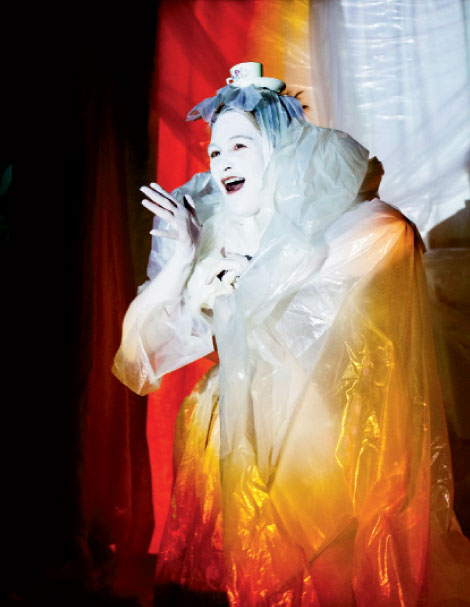 During its 24-year run, Black Mountain College developed a reputation for attracting and producing some of the 20th century’s great artists, including painters Willem de Kooning and Josef Albers and composer John Cage. The school was an experiment in education that emphasized interdisciplinary collaboration over rigid academia. And no better was that spirit displayed than during the school’s regular Happenings—gatherings when students, teachers, and visiting artists would share a meal and ideas, allowing art to happen naturally.

Asheville-based nonprofits Black Mountain College Museum + Arts Center and Media Arts Project have teamed up to revive the idea of the Happenings on the institution’s former Lake Eden campus. Now in its second year, the ReHappening will convene an evening of interactive sculpture, lively performances, video installation, and more taking place during a family-style dinner. It’s a visual spectacle that places the audience in the show.

“These are local, regional, and national artists,” says Gene Felice II, director of arts for this fund-raising event. Many talents will participate this year, including percussionist and composer River Guerguerian, designer David McConville with The Elumenati, Moving Women Dance Company, and guest culinary artist Mark Rosenstein.

The evening will open with a multi-course dinner, comprised of flavors from more than a dozen local restaurants and farms. A second ticket option is available for attendees who only wish to see the later performances.

Like the original Happenings, you don’t have to be a master artist to attend. “This event is for everyone who shares in the creative spirit,” says Felice. “The audience completes the circle.”