Home /Welcome to the Club

Welcome to the Club 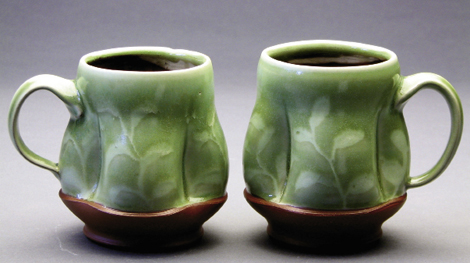 Membership means that in the eyes of your fellow artists, you have attained a level of excellence worthy of recognition,” says basket maker Matt Tommey. "That’s huge.”

A master craftsman in his medium, weaving baskets from kudzu, wisteria, and other vines, Tommey is one of 20 members recently juried into the Southern Highland Craft Guild. The venerable organization, which is based at the Folk Art Center on the Blue Ridge Parkway near Asheville, maintains a membership of more than 900 elite craftspeople from across nine states in Southern Appalachia. The jurying for this prestigious nomenclature is rigorous, and for members like Tommey, acceptance into the guild is a proud moment. Through the biannual Southern Highland Craft Fair and exhibits, members’ works reach a larger audience.

The Guild shows its devotion to sustaining the tradition of handmade crafts with its annual "New Members Exhibition,” July 16 through September 18. The exhibit showcases quilts, woodwork, ceramics, jewelry, and more. Eighty-eight-year-old Boone resident Juanita Smith’s quilts and wall hangings will be on display alongside finely crafted furniture by Asheville artist Hayley Davison and large-scale corn shuck flowers by Laurie Anderson of Bryson City. And like Tommey, they find themselves welcomed to an extraordinary group of crafters.