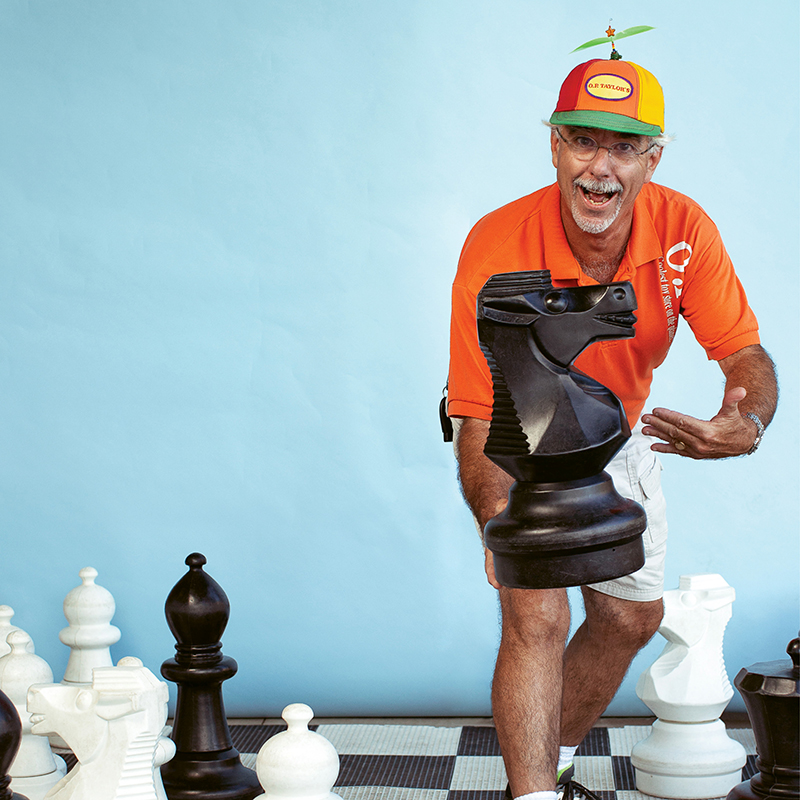 John Taylor doesn’t mind the frequent comparisons he gets to Mr. Magorium, the eccentric toy and wonder aficionado Dustin Hoffman brought to life in the 2007 film Mr. Magorium’s Wonder Emporium. Like that magical character, Taylor stocks a magnificent collection of toys, games, puzzles, and other imagination-driven products at O.P. Taylor’s, the toy store he opened in Brevard over 25 years ago, along with his Asheville and Greenville, South Carolina, locations.

In the late ’80s, Taylor launched an outdoor outfitters on Brevard’s Main Street, convinced that the town’s future lay in tourism and small business. The store morphed into a toy shop after Taylor added a Brio train set to keep kids entertained while their parents tried on clothes. Soon, the kayaks and tents were out, and the toys were in. Taylor set some parameters for the stock he would carry: no electronics and no batteries. And while that might seem to run counter to the times, this philosophy is exactly what sets O.P. Taylor’s apart.

Slot cars, puzzles, manipulative toys, and all the LEGOs, including the rare Millennium Falcon kit—O.P. Taylor’s carries items that spark imagination and fun. But the store itself does that, too. Stop in and you might catch a magic show or see Taylor himself—in his trademark propeller beanie—riding a life-size toy horse.

O.P. Taylor’s has been featured in USA Today as one of the top toy stores in the country, and just this fall, Taylor appeared on the cover of two national toy magazines. He says the fact that he likes stunts—he once rode an elephant through town and simulated a plane crash on the roof of the store—helped put him on the national media map. But mostly, his passion for the business of play is contagious. “I’m just a big goofball,” Taylor says. “I’m not a rocket scientist, but I am enthusiastic.”