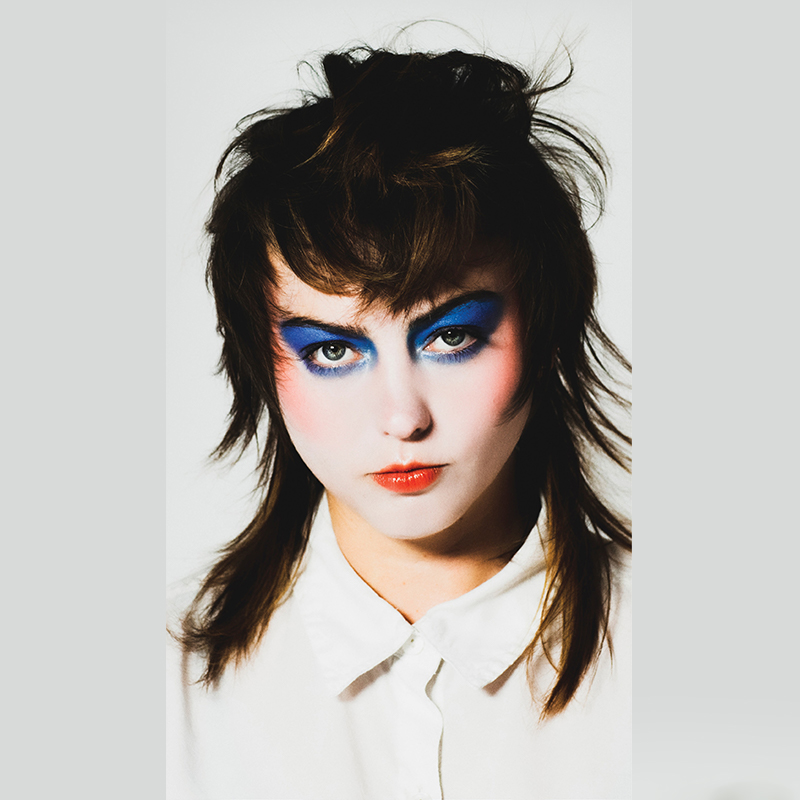 Quite understandably, the pandemic has put many artists in mind of weighty, existential topics. But Asheville-based singer-songwriter Angel Olsen found some levity by summoning Top 40 tunes from the 1980s, and now she’s sharing her unique renditions of them with a newly released EP, Aisles.

The recordings, Olsen notes, are a real departure for her. Most of her critically acclaimed recent output has hued closer to her signature style of indie music —smoky and brooding, lilting and soaring, and overall, moving. Last year, Rolling Stone praised her fifth studio album, Whole New Mess, as “intimate and spectacular.” And this spring, on the heels of a joint release by Olsen and Sharon Van Etten, Pitchfork dubbed Olsen one of “the most influential songwriters of the past decade.”

Listen to Olsen’s cover of “Gloria”

The inspiration for switching gears on Aisles was rooted in both nostalgia and Olsen’s desire to “let go” a little, she explains in a statement announcing the release. “I wanted to record ’80s songs that I’d overheard walking the aisles at the grocery store. I thought about completely changing some of the songs and turning them inside out.” Olsen flashed back to the first time she heard the 1982 Laura Branigan hit “Gloria”—at a family Christmas gathering where her aunts reveled in the song—and “imagined them all dancing and laughing in slow motion, and that’s when I got the idea to slow the entire song down and try it out in this way.”

Olsen’s cover of Branigan’s anthemic synth rocker smolders in its own fine and distinctive way, as do her renditions of Men Without Hats’ “Safety Dance” and Billy Idol’s “Eyes Without a Face.” Rounding out the EP are more conventional takes on Alphaville’s “Forever Young” and OMD’s “If You Leave.”

Olsen credits Asheville recording engineer and producer Adam McDaniel, who collaborated on the EP, with helping to not only stretch her style but revitalize her joy of recording. “I know it’s not really in my history to do something unintentional or just for the hell of it,” she says. “I just wanted to have a little fun and be a little more spontaneous, and I think I needed to remember that I could.”