They’re Here: Don’t panic, but armadillos are making themselves at home in WNC 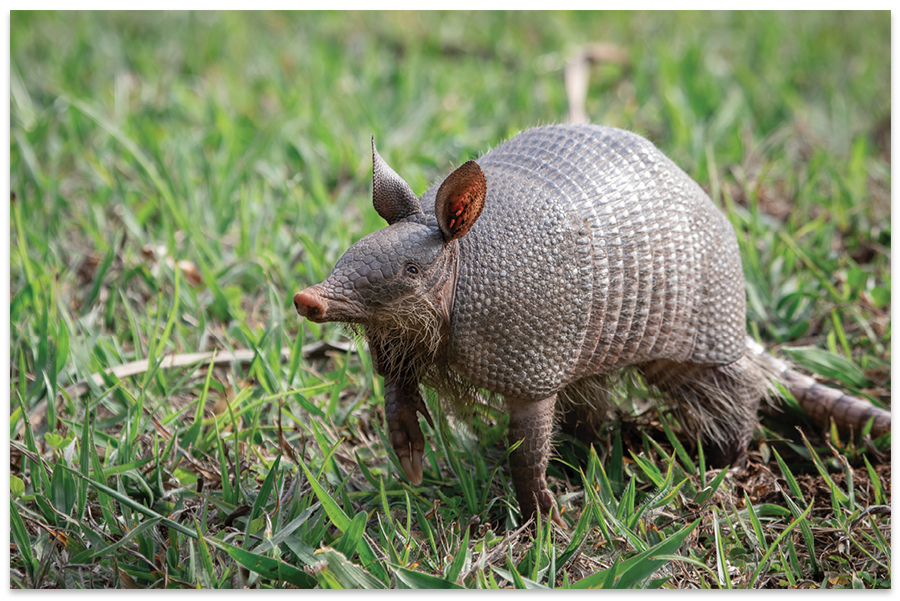 “Armored pig.” “Hillbilly speed bump.” “Possum on the half-shell.” Or, more commonly, the humble armadillo. While armadillo literally translates to “little armored one” in Spanish, the nine-banded armadillo has made a number of other names for itself in the decades that it's been annexing the southeastern United States, and lately it’s making inroads (and headlines) in our corner of North Carolina.

Nine-banded armadillos first entered Texas in 1849, migrating from Mexico. Others escaped their roles as curiosities in traveling shows and private zoos in Florida and moved steadily northward to merge with their Texan cousins. It was a slow but steady march—Tennessee and South Carolina saw their first of the critters in the 1980s, but they didn’t appear in the Tar Heel state until the 2000s. Now, they’ve been spotted in all of the lower counties of Western North Carolina.

From Cherokee to Catawba, 15 of the 24 WNC counties have confirmed armadillo sightings. Loose dirt, grassy and forested areas, and warmer temperatures throughout the year have paved the way for the Blue Ridge Mountains to become a “pocket dinosaur” paradise. They survive off of plants, fruit, and grubs, all of which are plentiful in their new mountain home.

What does the addition to local fauna mean for the area? It may be 10 to 20 years before armadillos become a common pest. Then, they’ll mostly make themselves known as roadkill and by tearing up lawns and gardens—and perhaps adding a 19th hole to a golf course or two. Nine-banded armadillos dig holes about one to three inches deep that they snout through in search of food.

When it comes to rumors of armadillos carrying leprosy, there’s actually little cause for concern. According to the Centers for Disease Control, some do indeed carry the bacteria that can cause the disease, but the risk of transference is very low. Beyond that, armadillos are solitary and skittish—so it’s unlikely you’ll be snuggling up with one. 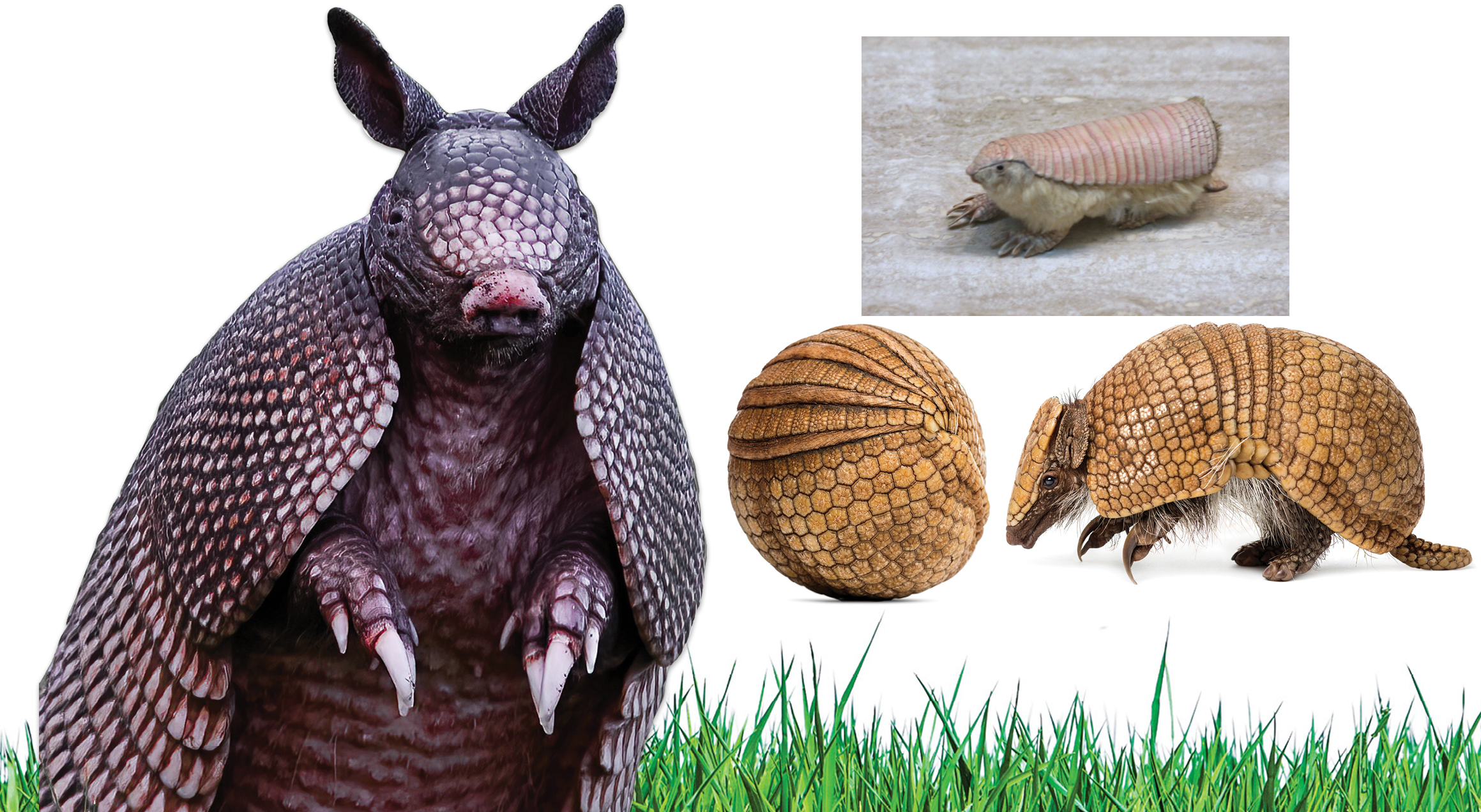 Armadillo Facts:
• There are 21 species of armadillo. The smallest (Pink Fairy armadillo) is six inches long, while the giant armadillo can stretch to five feet.
• Nine-banded armadillos—the ones that have migrated to WNC—have litters of four identical pups each time they give birth.
• These sleepy creatures snooze up to 16 hours a day in their burrows.
• The nine-banded armadillo is the only species to live outside of Central and South America.
• Despite popular depictions of it as a universal trait, only the three-banded armadillo species can completely roll itself into the iconic ball.