Stranger Than Fiction: Take a peek inside the realm of a paranormal investigator 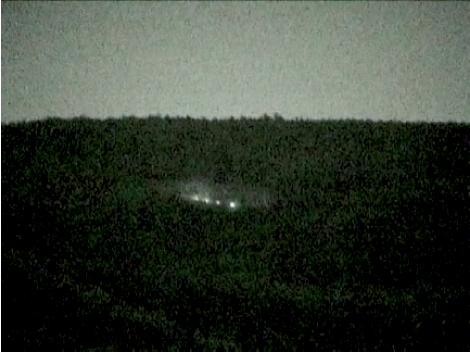 Joshua Warren remembers in great detail his most fascinating encounter with a ghost. A large swirling blue-gray mist was just inches from his face. He was mesmerized, and without thinking, reached out to touch it. Unlike smoke that curls and vanishes, the apparition enveloped his hand and the chill within caused the hair on his hand to stand up. Warren fumbled for his camera as the illuminated haze slowly began to dim. “I snapped a photo that, for me, is priceless,” he recalls of the encounter, which happened in Asheville. Many wouldn’t have stuck around for the Kodak moment, but Warren isn’t exactly normal—or at least what he investigates isn’t. He’s spent the past 20 years studying the paranormal, and has garnered a reputation for his work as founder and president of Asheville-based League of Energy Materialization and Unexplained phenomena Research (L.E.M.U.R.) He and his crew have investigated thousands of mysterious and haunted occurrences around the world, and his published findings and books have landed him his own radio programs on News Radio 570 WWNC and Coast to Coast AM, as well as appearances on the History, Discovery, Travel, and Syfy channels. “In order for us to tell what is paranormal, we must first know what is normal,” explains Warren, noting that a good investigator should have a solid understanding of the mainstream sciences. He and his team of six employ the scientific method to determine if a place is haunted. Field meters, Geiger counters, and other devices are used to test for electromagnetic energy and radioactivity, as well as ultraviolet light and inaudible sound. “The human body carries a powerful electric field,” says Warren. “And what remains after you die apparently still carries this strong field. We find massive electrostatic and electromagnetic fluctuations at places where apparitions are seen.” But of the thousands of reports they’ve investigated, most have revealed nothing out of the ordinary. “The reason a paranormal finding is special, is because it’s rare,” he says. “If it weren’t rare, we wouldn’t be studying it. But boy when it does happen, all those uneventful investigations were a fair price to pay for those precious experiences when you get to glimpse the other side.”