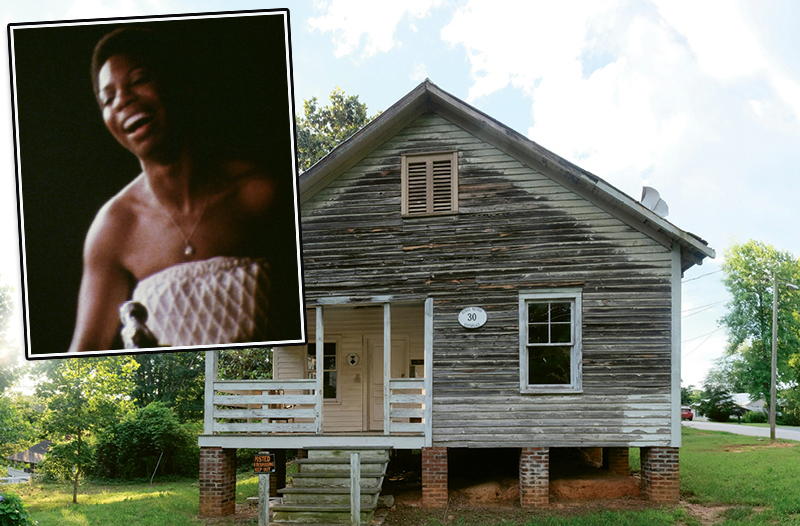 Her voice rocked the world. Her music still resounds. And now, the late, great jazz and soul songstress Nina Simone will be memorialized more than ever in her hometown, thanks to a history-making campaign to preserve the house where she spent her formative years.

The humble, 660-square-foot structure, set on a ridge above the Polk County town of Tryon, was in limbo for years while efforts to save it came and went. That changed in 2017, when four black artists from New York chipped in to purchase it and solidify its presence. The new owners partnered with the nonprofit National Trust for Historic Preservation, which honored the home with a National Treasure designation in the summer of 2018 and recently announced restoration plans.

Simone, known as Eunice Waymon before taking her stage name, was recognized as a musical prodigy in Tryon, even among the local white society. She had a conflicted relationship with her Jim Crow-era town, though—and we can only imagine what she’d say about her long-delayed recognition.

Tiffany Tolbert, the National Trust field officer who’s shepherding the project, says that the overdue effort will honor “Simone’s unapologetic pursuit of musical, personal, and political freedom.” Stay tuned for the next notes in the project, including planning events, at savingplaces.org/NinaSimone.