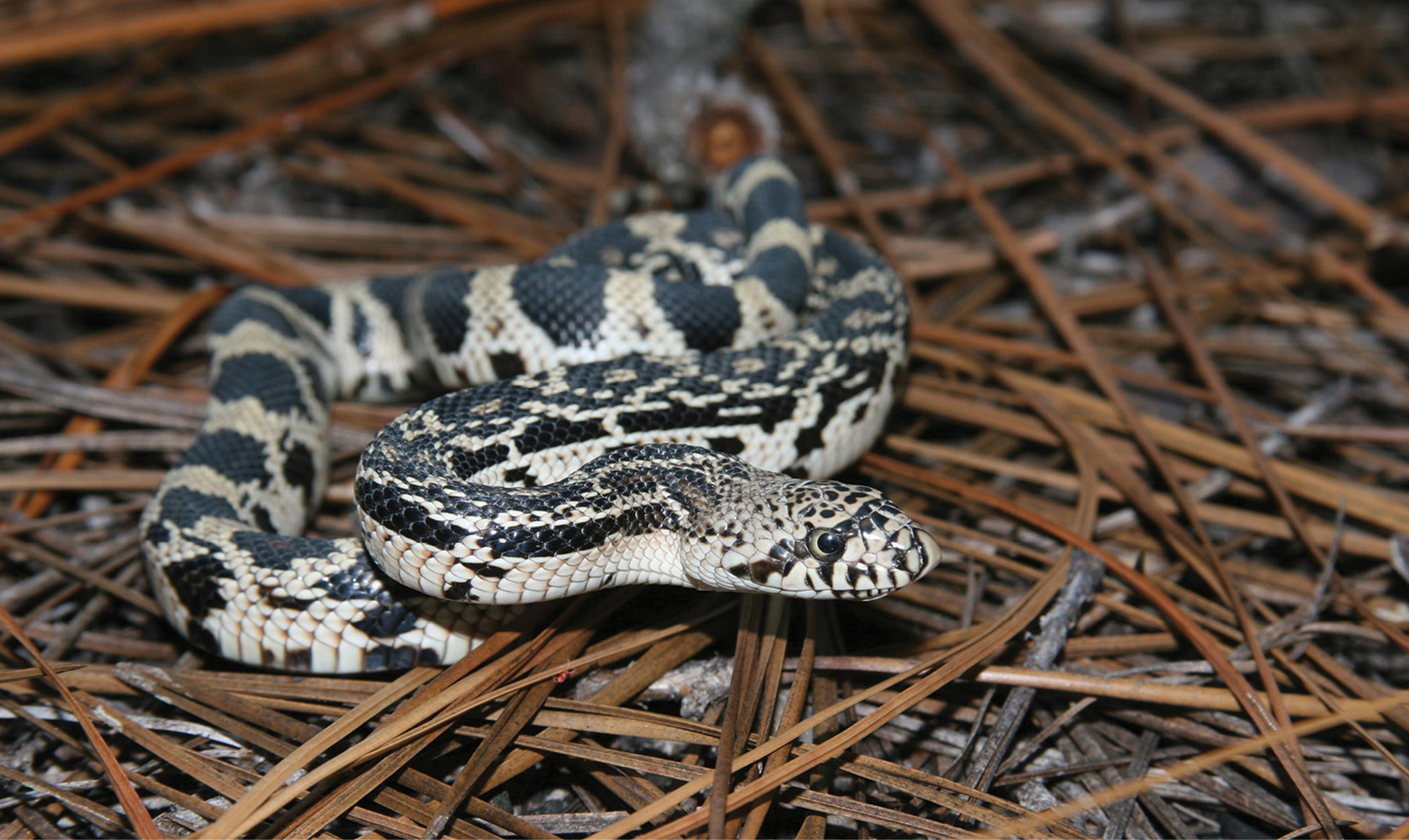 • Northern pine snakes are big, nonvenomous, and not seen frequently in WNC—but they’re here, especially in the environs of Cherokee and Swain counties.

• Adults of the species typically grow four to five feet in length, but some make it to as long as six. They have a light coloring with black or brown markings.

• These snakes spend most of the year in underground burrows, surfacing some in spring and summer to replenish on sustenance and in the fall to secure a hideaway for winter.

• The Northern pine snake goes by a slew of other names, including black and white snake, bullsnake, horned snake, pilot snake, and white gopher snake.

• Report your sighting: Biologists with the NC Wildlife Commission, who are studying these elusive reptiles, have asked the public to share any encounters with them. If you see one, send a summary with the date, time, and (if possible) a photo to pinesnake@ncwildlife.org