Skydiving Stunt: Along the Cherohala Skyway, flying squirrels are reunited 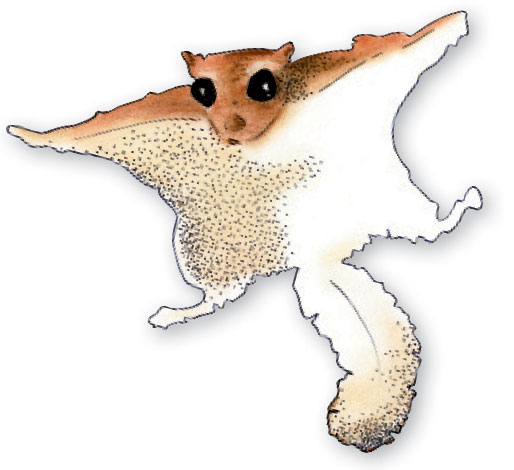 Why did the squirrel cross the road? For wildlife biologists working along the Cherohala Skyway near Robbinsville, it wasn’t a question of why, but how. The scenic highway has been the site for an experiment that brought together numerous volunteers and organizations in an effort to reconnect a once-divided population of endangered flying squirrels. The Carolina Northern flying squirrel travels by gliding from tree to tree, but cannot span the gap in the canopy created by the skyway. Partners from the North Carolina Wildlife Resources Commission, Duke Energy, U.S. Forest Service, and N.C. Department of Transportation worked together to install six poles that resemble diving platforms along the route. Using mounted cameras, biologists saw the results they were hoping for: clear documentation of squirrels making crossings via the poles. “A united population means an improved gene flow and helps to minimize vulnerability to catastrophic events,” says Chris Kelly, wildlife diversity biologist at NCWRC, who coordinated the project. Kelly and the NCWRC will continue monitoring the squirrel populations, and are developing new survey techniques to capture and study the creature’s vocal ranges. “The squirrels produce short and long calls, and we even recorded a juvenile singing,” notes Kelly. It's another step in protecting one of WNC’s threatened species.