Home /A Sense of the Past

A Sense of the Past

A Sense of the Past: An exhibit unveils an obscure bit of African-American history 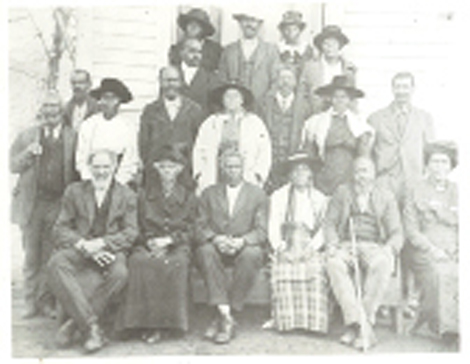 When artist Marie Cochran’s installation, “Testify: Beyond Place,” opens in March at Western Carolina University, a little-known piece of African-American history and its ties to the campus will be on display. Scant information is available about the small assembly of former slaves who built Mt. Zion African Methodist Episcopal church in 1892 on what is now the Cullowhee campus. Nor are there many records or accounts about how one of Jackson County’s first houses of worship and its cemetery were relocated in 1929.

An homage to the church’s 120th anniversary, the installation evokes a sacred space by incorporating audio and video clips from the site and current congregation, as well as 1920s photos of church members and tombstone rubbings. Other mementos and “discrete little objects that might express the presence of someone,” invite viewers to contemplate what life might have been like for African Americans in rural Appalachia in the decades after slavery, Cochran says. “There’s a lot to think about the way people here lived and how their world was changing.”