Home /Seeing the Past

Seeing the Past: A historic photo collection in Hendersonville springs to life with community input 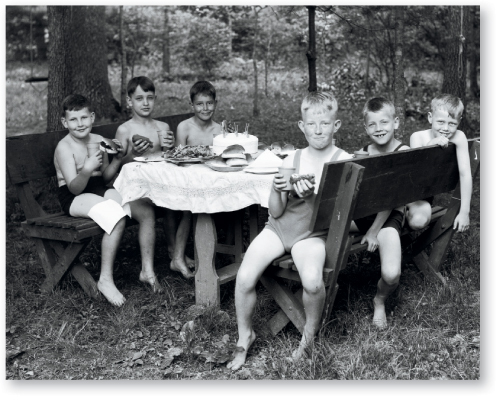 On Thursday afternoons for the past year, an informal group of history buffs has gathered at the Henderson County Library. Most are seniors with long memories, and they waste no time identifying the people and places in a recently unveiled collection of local photographs.

The Baker-Barber photos, as they’re called, were produced by a family business in  Hendersonville that operated for more than a century after starting in the early 1880s. The collection includes some 40,000 images that show a remarkably wide spectrum of life in Henderson County, from intimate portraits to public scenes and shots of news-making events. What’s more, they offer a striking display of the county’s diversity. So far, about a quarter of them have been digitized and about 4,000 are posted online.

Peering at the pictures, locals have unearthed long-lost details about the people and sights. “It would be a sin to let this all go to waste,” says Ron Partin, a retired educator who’s leading the photographic excavation for the Community

Foundation of Henderson County, which owns and funds the preservation of the collection.

The pictures, Partin notes, are full of clues. They offer both nostaligia and a path to new understanding about Hendersonville’s past. With the input of community members, he says, “We’re getting to the lowdown here.”

“We knew that if we didn’t start the process now, pretty soon there would be no one left to make any identifications," says Lee Henderson-Hill, the foundation’s relations director. The images, she says, “have been a hidden treasure
until now."