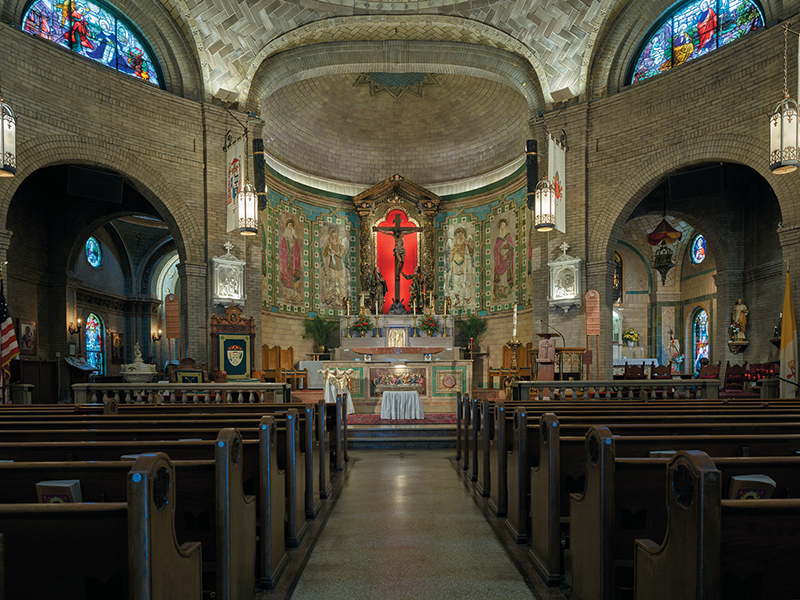 The Basilica of St. Lawrence

The Basilica of St. Lawrence, an architectural masterpiece and Catholic church in downtown Asheville, attracts thousands of visitors each year for tours and worship. Last October, passersby witnessed an unusual sight, as crews of preservation experts rappelled around the building, capturing images of moisture damage, cracked tiles, and other deterioration. It was the first step in the Basilica’s restoration and repair plan, which will take one of WNC’s historic crown jewels into the future. 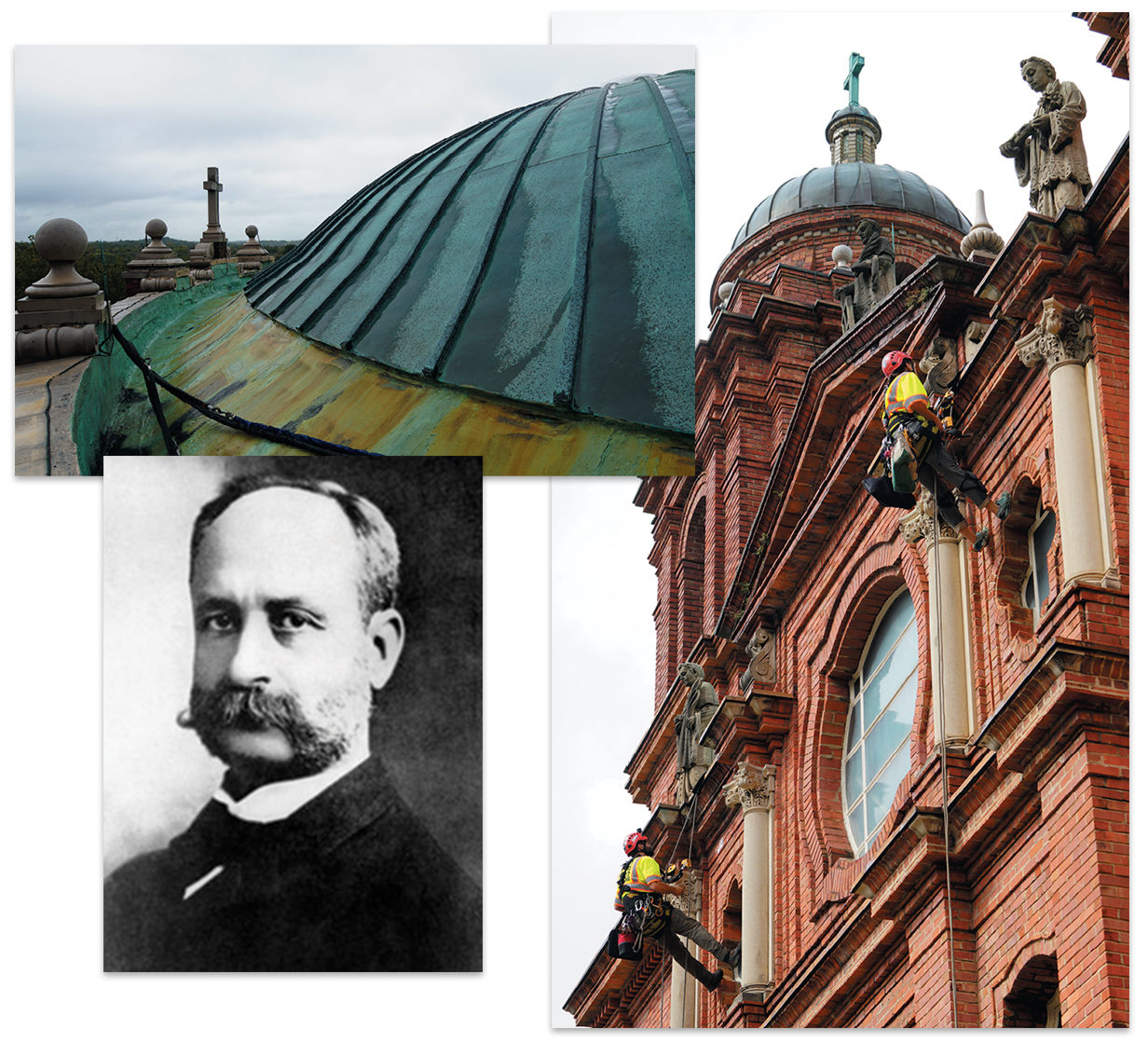 Built to Last - One of Asheville finest architectural wonders, the Basilica of St. Lawrence is undergoing extensive repairs that will preserve it for generations to come; (inset, left) Rafael Guastavino.

Reputed to feature the largest freestanding elliptical dome in North America, the Basilica was designed by the Spanish-born and world-renowned architect Rafael Guastavino. In 1881, Guastavino immigrated to New York City. Years later, George Vanderbilt brought him to Asheville to design elements of the Biltmore House, and he established his own estate in Black Mountain.

Unfortunately, Guastavino passed away one year before the project’s completion in 1909. He had famously patented his technique of timbrel vaulting—interlocking terra-cotta tiles in a zigzag pattern with cement to create self-supporting arches. 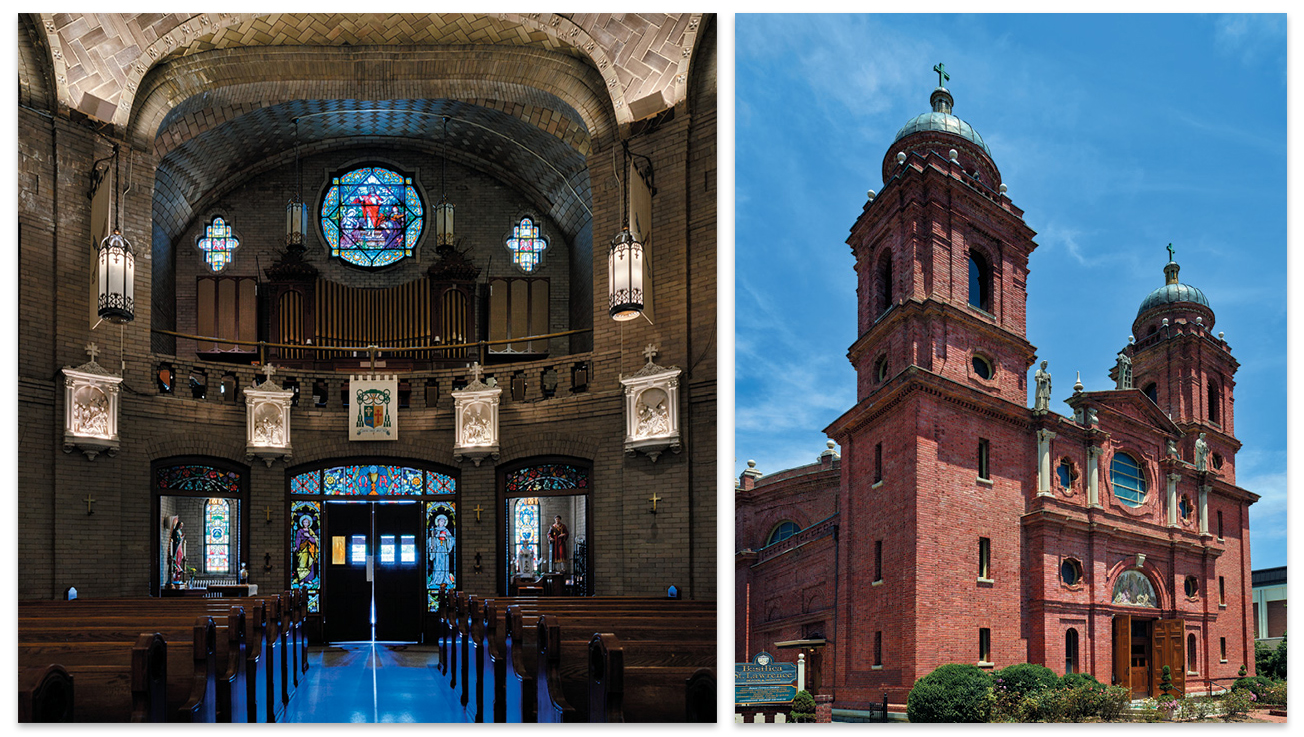 In the United States alone, Guastavino’s designs can be admired at more than 1,000 sites. Bud Hansbury, curator and property manager of the Basilica, says, “My favorites are Grand Central Station, the Queensboro bridge, Ellis Island Great Hall, and Duke [University] Chapel.” Were Guastavino to name his own favorite, it might well be the Basilica, where his body is interred to this day.