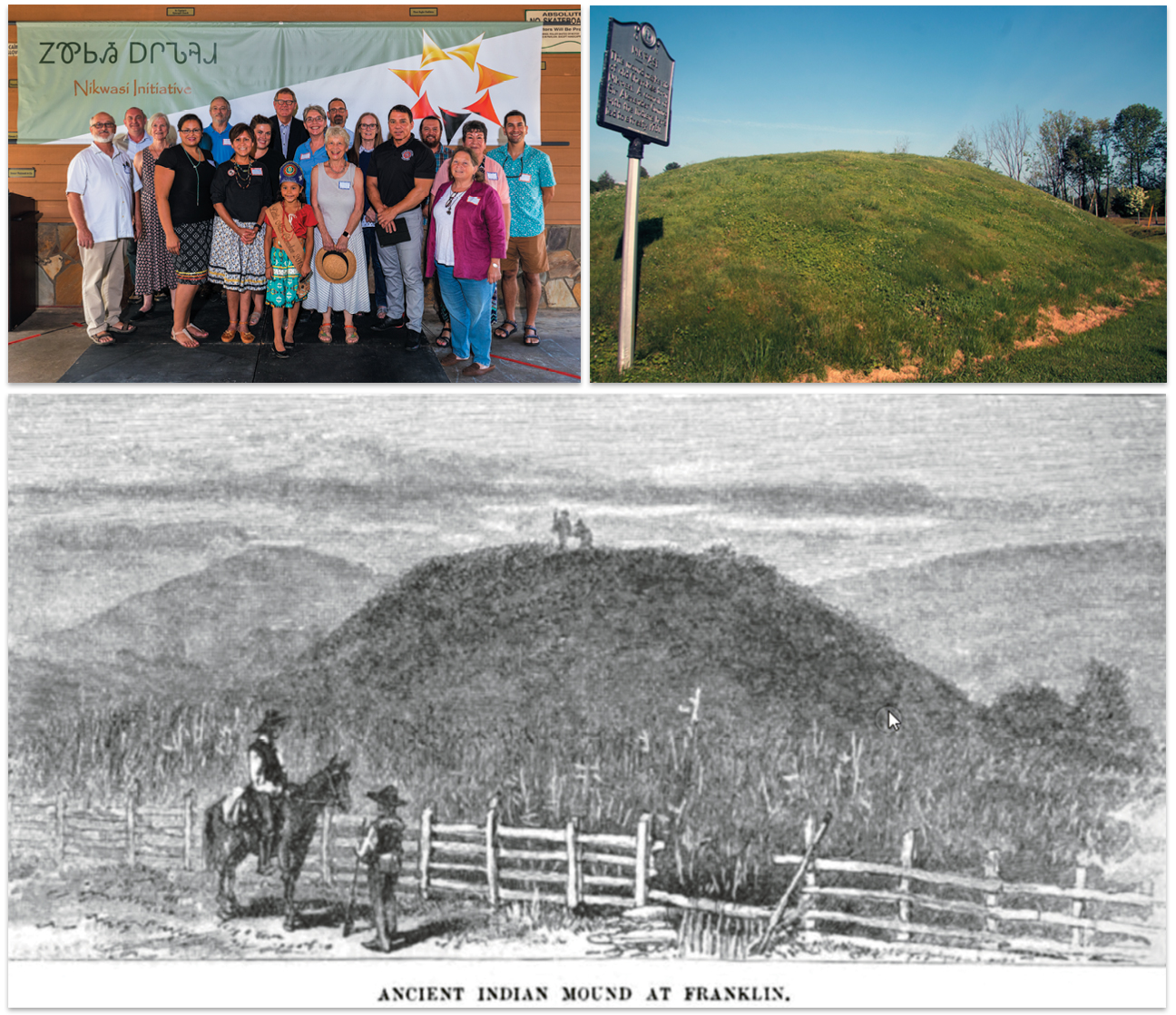 The Native American mound in Franklin is estimated to be more than 500 years old. In its heyday, it was the heart of a Cherokee town called Nikwasi that served as a meeting place and cultural and spiritual center for a people who would largely be removed from their ancestral lands. Now, it’s at least partially back in the hands of the Cherokee, thanks to the nonprofit Nikwasi Initiative, which earlier this year obtained the property from the town of Franklin, the mound’s owner since 1946.

It’s been a long, winding, and sometimes contentious process that deeded the mound to the initiative, a partnership between the town of Franklin, Macon County, Mainspring Conservation Trust, and the Eastern Band of Cherokee Indians, the last of which had tried but failed to purchase the property several years ago.

Now, the Nikwasi Mound is primed to find a new place in history as part of a cultural corridor that will combine ongoing archaeological research with way-finding and interpretive signs dedicated to preserving and promoting Cherokee history. At a celebration in August, supporters of the initiative rallied around the site with traditional Cherokee dances and poignant words from many locals, including EBCI Principal Chief Richard Sneed, who harkened back to the once-vibrant native culture that flourished here.

“These are my ancestors,” Sneed said. “Their perseverance, their grit, their tenacity is the reason our people remain today, and their spirit of perseverance is in our DNA.”

Learn more about the Nikwasi Initiative and how to visit and support its emerging projects at nikwasi-initiative.org.