Rosman's Spy Base: When the National Security Agency set up a mountain espionage station, it was a hard secret to keep 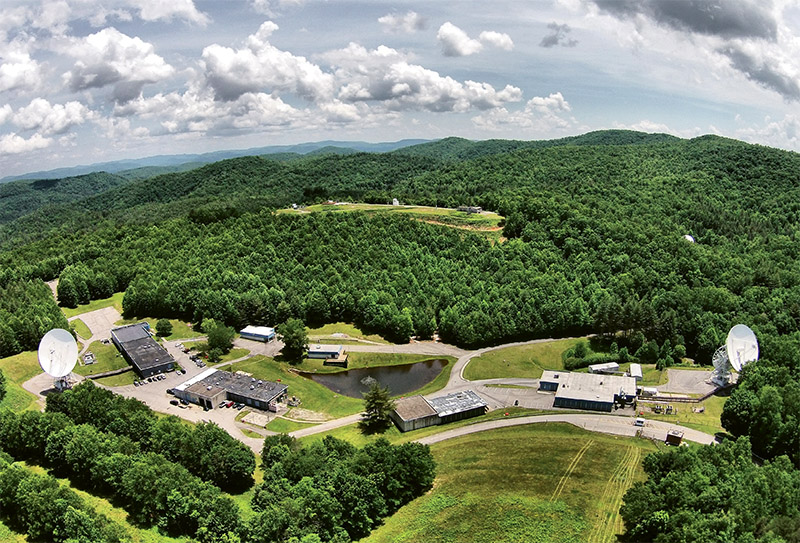 The facility near Rosman has played multiple roles, from NASA station to NSA operation to the public-science focused Pisgah Astronomical Research Institute.

Call it a case of Cold War déjà vu: Once again, the United States and Russia are fighting the spy wars. And while the stakes have changed since the days of the US-Soviet conflict, it’s hard not to recognize some of the same sort of skullduggery going on.

Looking not too far back into history, in fact, Western North Carolina played a remarkable role in the Cold War’s waning conflicts. While the mountain region has held a multitude of secrets, perhaps its most remarkable ever was Rosman Research Station, a 200-acre, ultrahigh-security compound nestled on a ridge in Transylvania County. After it closed, partially declassified documents confirmed its hidden purpose while leaving no shortage of questions.

From NASA to NSA

The station had auspicious roots: Its high-tech infrastructure was initially installed by NASA in 1963 to help guide some of the earliest efforts at space flight. Its dark, remote locale made it perfect for peering into the sky with electronic eyes and ears. As astronauts and satellites started to make the rounds at unprecedented heights, Rosman station tracked their movements and compiled vital data to facilitate ever-greater flights.

Eventually, though, the facility became obsolete, at least for NASA’s purposes. In 1981, it was about to be mothballed when a mysterious new tenant took over. Officially under Defense Department cover, Rosman Research Station was vaguely described as a communications post with a national security mission, with few other details available.

In fact, once-secret records now show, RRS was run by the National Security Agency—aka No Such Agency, America’s ultrasecret electronic eavesdropping outfit. (A later-declassified document stated clearly that the spy base was “NSA owned.”) Its chief purpose was monitoring Soviet-bloc adversaries’ strategic communications, on a global scale.

It was a sensitive job, to say the least. “The work at Rosman, even the number of employees, was a closely guarded secret,” the NSA’s Center for Cryptologic History noted in a classified 1996 report, a year after the station closed. Other documents along with news reports have revealed that some 250 people, all sworn to secrecy and many of them locals, worked there to conduct some of the nation’s most clandestine pursuits.

There are tantalizing clues in the documents about what went on there, but they quickly fade to black in the available records. “In spite of adversity, significant notoriety came to the RRS,” the same NSA document said … before the following words disappeared behind a deletion.

In the mid 1980s, local newspapers like the Asheville Citizen-Times began to chip away at Rosman Research Station’s official story—that it was a Defense Department outpost. The National Security Agency wouldn’t acknowledge its role until years later.

But word started to get out. “Rosman, Defense Department Share a Secret,” read one local newspaper headline. “Rosman Station ‘A Vital Part of the Security,’” hinted another.

In an August 1986 report, NBC Nightly News journalist Robert Windrew tore away the veil even more. On a helicopter ride over the facility, he could see that the NSA had brought in vast technical resources, including some of the most advanced spy gear on the planet. “We determined that Rosman had several missions,” he later recounted in an online post. “One was intercepting communications from Soviet geosynchronous satellites. The other mission was intercepting signals from the agent satellite network the Soviet Union maintained to communicate with its agents worldwide.”

Still, like the NASA facility before it, Rosman station ultimately outlived its usefulness, shuttering in 1995. “The site was closed because of changing priorities and the need to effect budget cuts at the end of the Cold War,” said a secret NSA history report a decade after the closing.

Back in the Public Eye

With its fate again in jeopardy, the station found yet another use, that of public science center. By the time it closed, the NSA had quietly relocated nearly all of its most sensitive gear while passing off some of its more mundane resources, like a spare fire truck or two, to local agencies. The NSA planned to raze the remaining structures and return the land to its natural state as federal forestland.

But it wasn’t to be. Unexpectedly, in 1996, Greensboro businessman and science buff Donald Cline bought the grounds and created the Pisgah Astronomical Research Institute, a collaborative and ever-expanding nonprofit that to this day helps both renowned scientists and budding students probe the stars.

While much of the NSA’s presence there has since faded, other parts of its legacy are still in the bones of the place, including massive antennae, extensive fiber-optic networks, security fences, guard posts, and bulletproof-glass windows. Visiting it today, at any of PARI’s myriad public events, the aura of secrecy and intrigue still lurks, especially for those who know the base’s true past and just how much it was valued by the country’s spy masters.

“What can one say when a good thing comes to an end? Just that it was good while it lasted,” the NSA said in one document marking the station’s governmental demise. “Those who worked at the Rosman Research Station … agreed that this was true.”