Rock of Ages: Judaculla Rock holds tight to its secrets 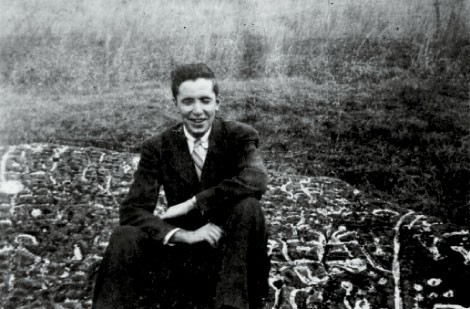 The arid Western states have them in abundance; rocks etched with designs both literal and figurative, depictions of the natural world or scenes of the spirit plane.

They’re less common in the East, where moisture tends to gnaw away their patterns. In North Carolina, there are 50 or more rocks carved with these so-called petroglyphs, but none are bigger—or better-known—than Judaculla Rock.
Located along Caney Fork Creek in Jackson County, the nearly 200-square-foot surface of Judaculla (pronounced Joo-da-cool-uh) Rock has been fascinating visitors for hundreds of years. Since it is considered a sacred Cherokee site, no excavations have been done. Even after recent years of study by historians and archaeologists, we’re no closer to understanding the rock’s purpose.

“The patterns on Judaculla Rock mean different things to different people,” says Scott Ashcraft, an archaeologist with the United States Forest Service who’s been examining petroglyphs in this part of the state for more than a decade. “Some say it tells a story, others say it’s a map. The designs may depict this world or another world. We can’t be sure.”

The boulder owes its name to a figure of Cherokee myth. Judaculla was a giant with slanted eyes, a lord of the hunt, regarded by the tribe with fear and veneration. He made his home on nearby Tanassee Bald and roamed the woods and meadows. According to legend, Cherokee hunters made the mistake of encroaching on Judaculla’s territory in search of game. The giant gave chase, jumping from peak to peak and landing on the rock, where he left his seven-fingered handprint.

It’s a tidy explanation, but covers just one of the scores of carvings that decorate the boulder’s surface. Even the petroglyphs’ age is a subject of dispute since human tampering has made definitive dating more or less impossible. It’s known that indigenous workmen quarried soapstone from the slopes of nearby Coward Mountain as far back as the Archaic Period, roughly 4,000 years ago, and some of the designs may date to that time. Other historians have suggested that the rock commemorates the Battle of Taliwa, fought between the Cherokee and Creeks in 1755. The markings could also be a map guiding Cherokee travelers between the Overhill towns to the west and the towering Balsam Mountains to the east.
Surprisingly, the rock has remained relatively free of defacement over the years, but it’s by no means unchanged. Rainfall has worn down the markings, lichens have crept across its surface, and the rock has been partially buried by sediment from the ridge above.

But a better future may lie in store for this ancient marker. Jackson County is drafting a conservation plan for the rock, including strategies to protect and better interpret the site, which remains a place of pilgrimage for the Cherokee.