Home /On the Rise 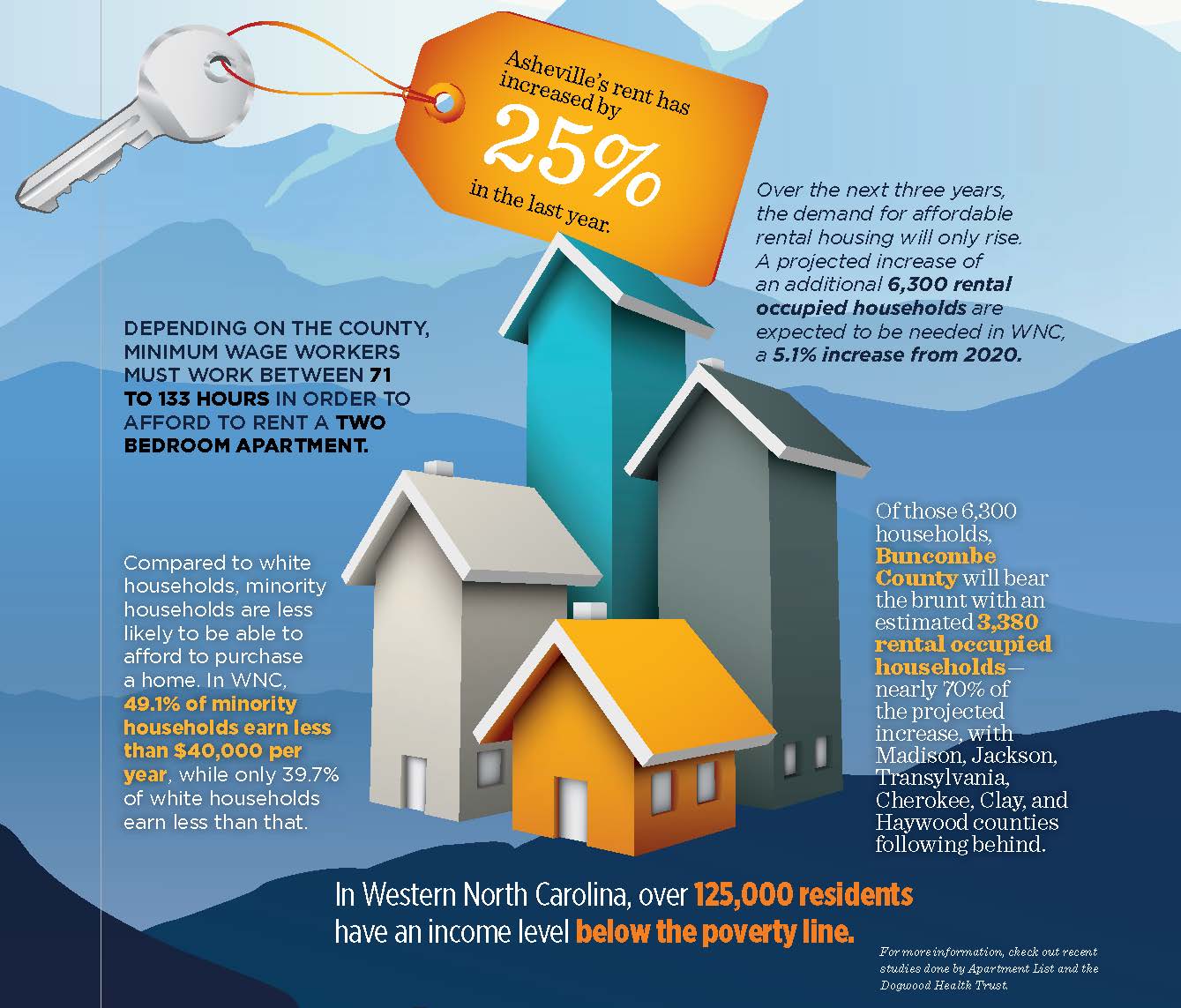 Over the years, Asheville has become iconic for its bustling metropolitan atmosphere nestled between rural mountain towns. As the city’s popularity has grown, so has its housing costs. In fact, the rental costs in Asheville are the highest in North Carolina, outdoing even major cities like Raleigh and Charlotte. Take an up-close look at recent data below.

For more information, check out recent studies done by Apartment List and the Dogwood Health Trust.