Rime Ice: Get to know the granular crystals that grace mountain winters 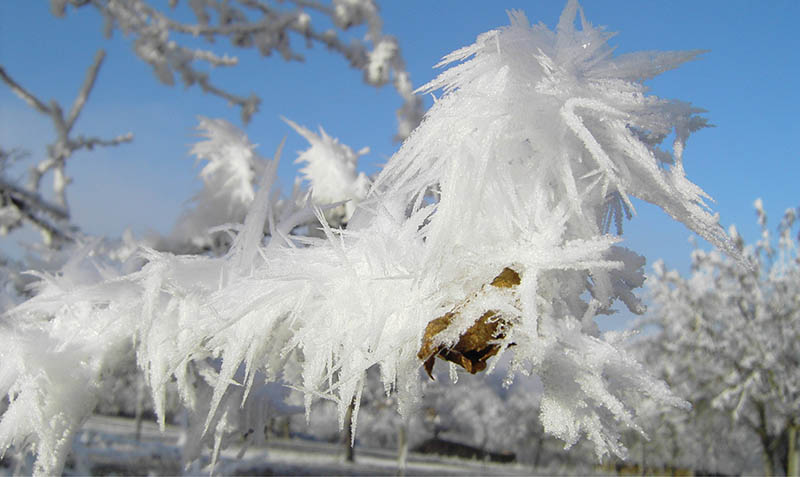 • Rime ice is a particularly lovely type that forms when supercooled water freezes onto surfaces like rocks, trees, vegetation, and other objects.

• There are two kinds of rime ice: soft and hard. Soft rime (pictured here) occurs when droplets in fog freeze during a light wind. The ice forms on the windward side of the surface it attaches to. This type often blows or shakes off easily.

• Soft rime is sometimes confused with snow or hoar frost, the latter of which looks similar but forms when water vapor skips the droplet stage and quickly crystalizes.

• Hard rime, which is whiter, denser, and brittle, also forms from freezing fog, but usually only in high winds of the sort that pummel WNC’s high mountain peaks.

• Rime has been referred to by other names, including “frozen fog” and “frost feathers.”