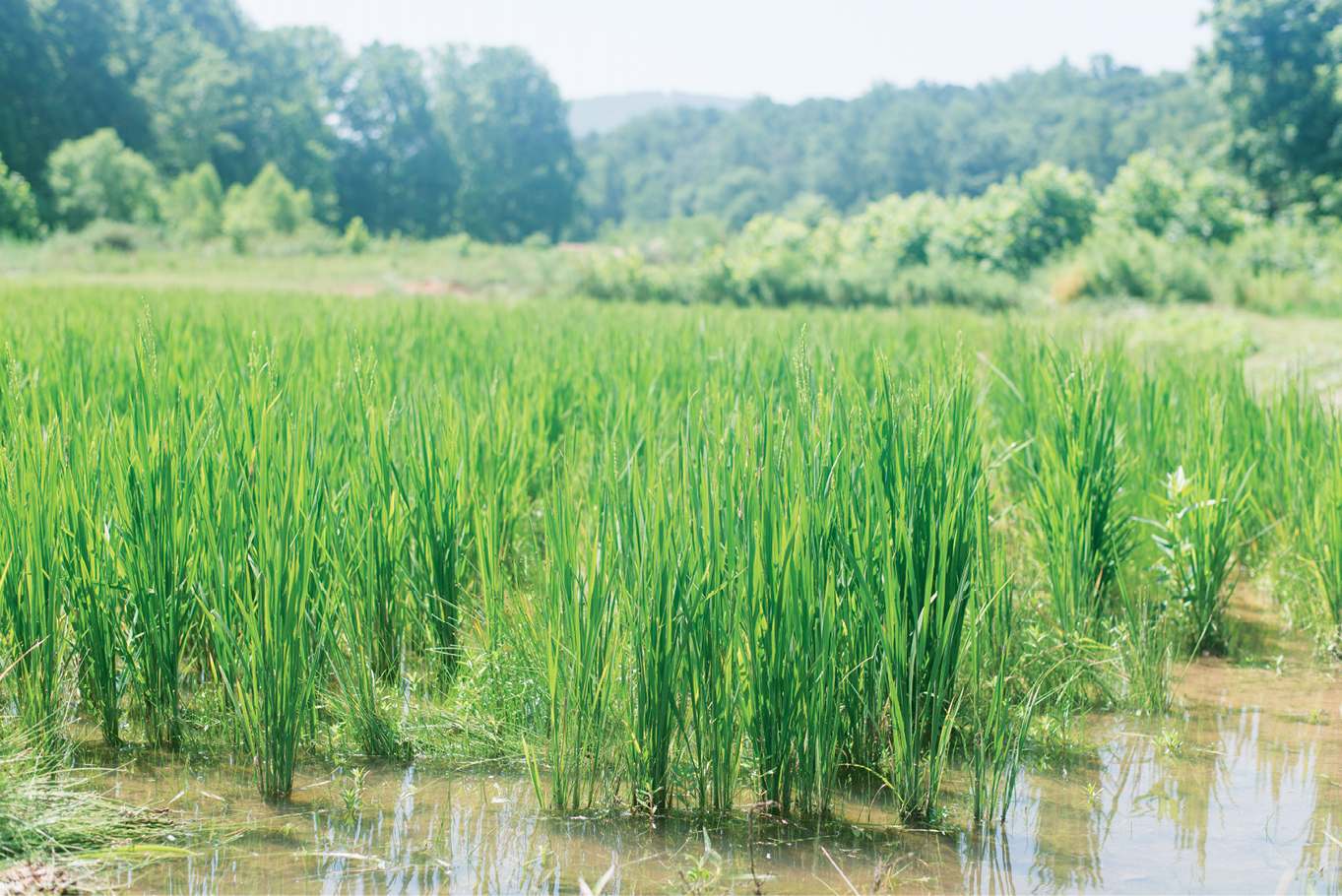 Rice plants rustle in the breeze at Lee’s One Fortune Farm. And while the reflection of long stalks in shallow water conjures images of waterlogged paddies in the lush valleys of Vietnam or Thailand, this field is in Marion in Western North Carolina, where rice is a rare but highly prized crop.

As harvest season sets in, farmer Chue Lee will cut down the stalks and shake out thousands of grains of purple, white, and red rice. This paddy is a link to her home country of Laos, where she learned to grow rice with her family as a young child. She moved to the United States when she was 10 and started cultivating rice at her farm in Marion two years ago.

The climates of Laos and WNC are remarkably similar, with one major exception: rainfall. In the rainforests of Laos, rice is often grown on the mountainsides, where torrents of water rush down the hills. In North Carolina’s mountains, where drought is a concern, rice is usually grown in flat paddies irrigated from nearby creeks or rivers.

At first, Lee’s family mailed seeds from Thailand and Laos; now, she produces her own seeds from the previous year’s crop. Each seed is sown by hand then transplanted to her two fields in McDowell County. Harvesting is done by hand as well, and the rice is milled at Lee’s home.

It’s common for Laotian families to grow their own rice, and Lee says carrying on that tradition here makes her feel independent. “That’s a sense of pride for me, to be able to grow my own food,” she says.

Joseph Carswell of Clyde Valley Farm in Morganton first saw rice production when he was stationed with the U.S. military in Japan. In the decades since, he has farmed his family’s land and offered flying lessons. Ten years ago, one of his flight students, a member of the Hmong community in Morgantown, suggested Carswell try rice production. The student and his family grew rice in Carswell’s old pasture and shared the harvest that fall.

Carswell now grows several varieties of rice, including China Black or “Forbidden” rice, which is purple and has a rich, nutty flavor. He prizes it for its high antioxidant levels, and says nutrition is a major reason he grows this finicky crop. He agrees with Lee that growing rice is “an awful lot of work,” but says producing rice in the fields where he grew up puts the land to good use.

The beauty of the land also inspires Lee during the long afternoons she spends tending the rice. “I just like to be with the rice field,” she says softly. “It’s really peaceful.”

Lee’s One Fortune Farm rice is available in September and October at the East Asheville and Black Mountain tailgate markets. (828) 803-1581