Home /To the Rescue

To the Rescue: WCU’s bachelors in emergency medical care—the oldest in the country—goes way beyond textbooks 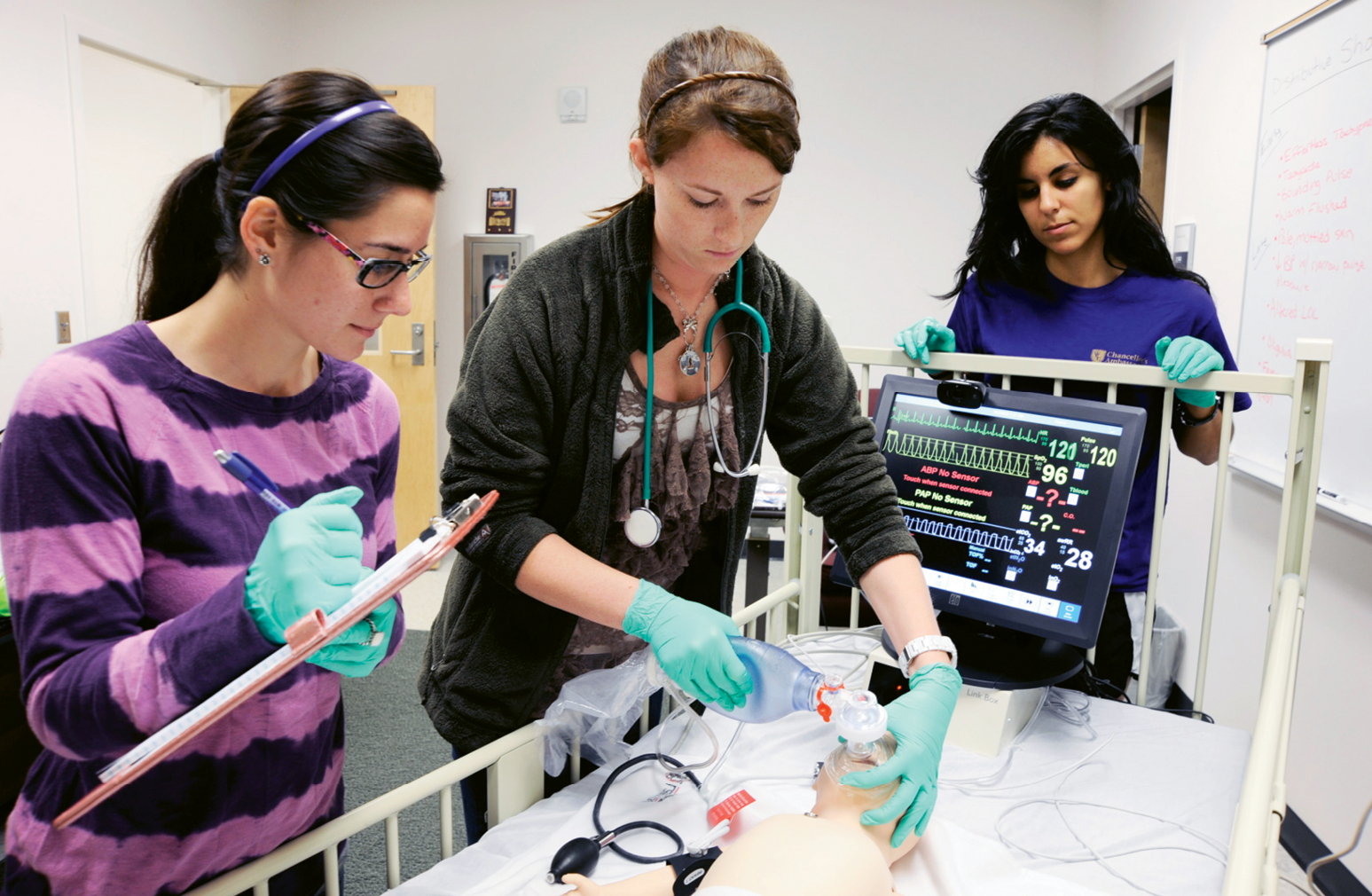 The mock crisis is one example of hands-on learning by EMC students, who also administer IVs and injections on each other; partake in diverse clinical rotations, including helicopter and burn center duty; share a cadaver lab with WCU’s athletic training and forensic anthropology programs; and work on a high-tech mannequin whose bouts of wheezing, sweating, vomiting, and worse are controlled via remote control.

Soon, a donated ambulance will become a mobile lab, and even more experience is available through the campus Emergency Medical Services team, which is operated by students of all disciplines and supervised by staff.

Since becoming the nation’s first EMC bachelors program in 1976, WCU’s four-year on-campus course has grown to graduate 20 to 30 students annually. And its two-year online counterpart, which results in the same degree, has about 260 individuals enrolled. Traditional students are eligible for the former option, McNeil explains, while “distance learning is for folks who already have their paramedics certificate and are working somewhere.” As educational requirements in the emergency medical field mount, many professionals are returning to school, she says, boosting the online enrollment numbers.

Members of the armed services comprise a significant portion of the current online cohort, including 18 members of the U.S. Army’s elite commandoes, Delta Force. “So, they can be in Afghanistan, the Philippines, here, there, wherever and take our courses,” McNeil says (though some can’t disclose their locations).

Both of WCU’s EMC concentrations—health services management and science/premed—have landed graduates in a variety of positions, from ambulances and helicopters to the North Carolina Office of EMS and other, supervisory roles. Returning to the university to teach is also common, McNeil notes, with four of the EMC program’s current six staff members—herself included—former students now training the next generation of paramedics.