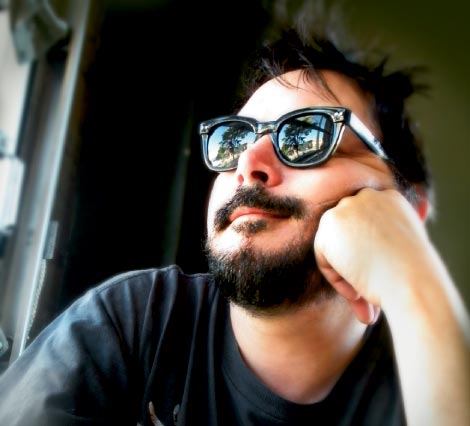 Several years ago, singer-songwriter Morgan Geer encountered one of his musical heroes, Tom Waits, in a California fish market. Waits advised him to create music without worrying about genres and boundaries. Geer, who records as Drunken Prayer, followed through. Into The Missionfield, his second album, is a striking collection of honest, lived-in songs that veer from sparse folk to soulful rock, exploring a range of Americana sounds. Now residing in Portland, Oregon, Geer grew up in the Asheville area, where he performed with local acts The Merle and The Unholy Trio.


On Missionfield, tracks range from just Geer on acoustic guitar (“Beachcomber”) to the garage band stomp of “Ain’t No Grave” to the expansive title tune, “Smile —You’re Entering the Missionfield.” Inspired by the rough emotions of ending a long-term relationship and putting down a beloved dog, Geer’s music still finds hope amid the heartache. “It’s not weighed down,” he says of the album. “To me, it’s a new dawn.”  —Michael Flynn

Hear it Live
Drunken Prayer; May 6, 8 p.m.
Jack of the Wood, Asheville
www.drunkenprayer.com