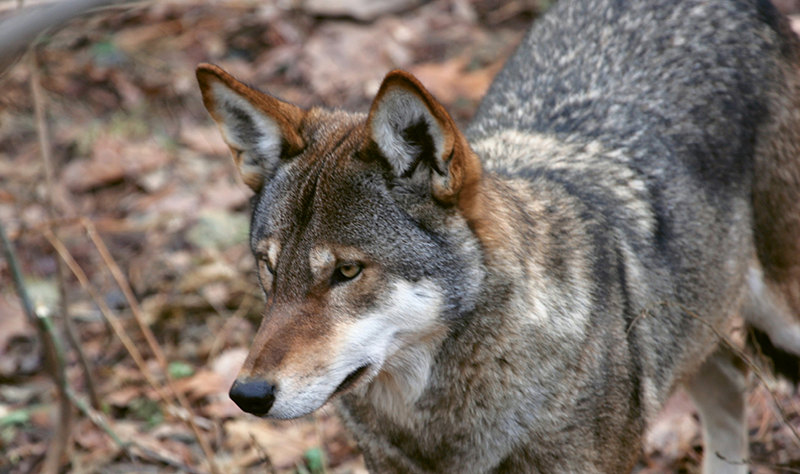 • Once prevalent through much of the eastern US, the red wolf is perilously close to extinction after decades of losses due to hunting, with an estimated 400 currently surviving and only 40 or so of them in the wild.

• Red wolves have a close resemblance to their more numerous “cousins,” coyotes and gray wolves.

• North Carolina wildlife officials introduced a small population of red wolves into Eastern NC in the 1980s, hoping to grow their numbers.

• Two red wolves currently live at the Nature Center, Van—a male who was born there in 2012—and Rozene, a female. Despite two years of pairing, they have yet to reproduce.

• Under a specially designed species survival plan, the Western North Carolina Nature Center in Asheville serves as one of the nation’s few breading grounds for red wolves.

• The WNC Nature Center will hold its annual Wolf Howl on November 14 from 6 to 8 p.m. At the event, participants three and older will learn about red and gray wolves, visit the center’s wolves, and learn to howl like them. Admission is $12, and the required preregistration can be made by calling (828) 259-8082.