The Real Deal: Hyper-realist painter Ward Nichols may be self-taught, but his 50-year career proves just how talented he is 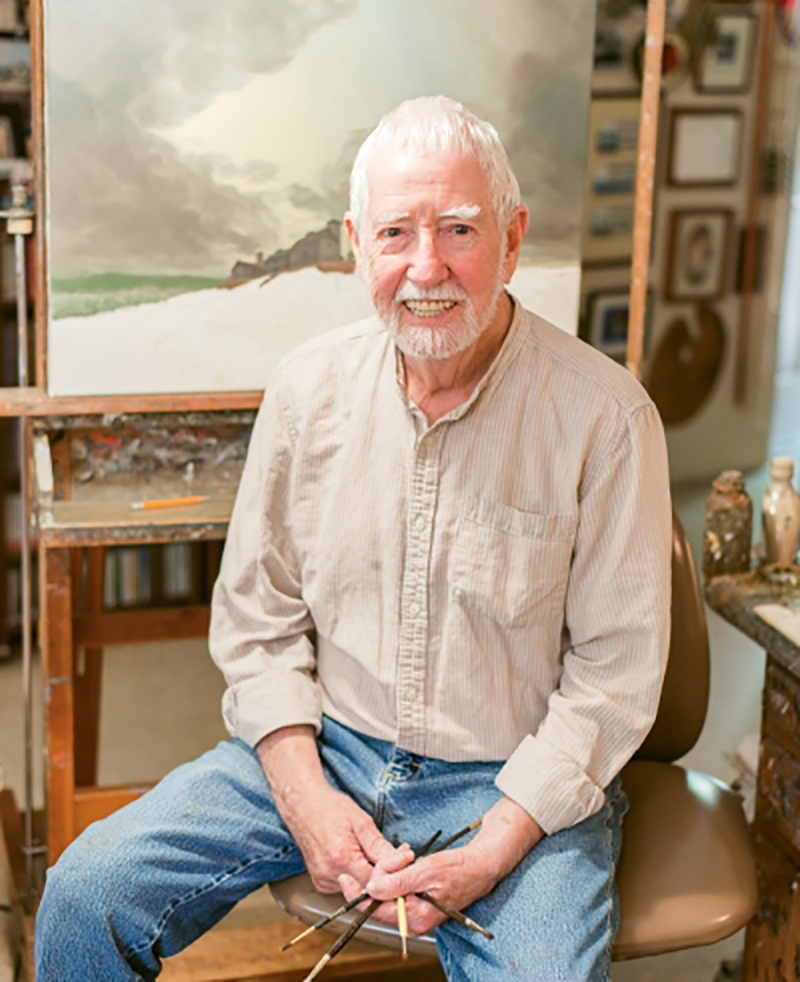 When Ward Nichols turned 80, the Wilkes Art Gallery held a retrospective exhibit and complied a book of his paintings, at least one for every year of his professional career. The book showcases a lifetime of hyper-realistic oil paintings running the gamut from delicate Blue Ridge landscapes to photorealistic portraits and still lifes to the abstract and surreal. The common thread is his extraordinary attention to detail, revealing the cracked paint on a barn, individual blades of grass, leaves in a tree, or pebbles on a dirt road.

Seldom does he work from photographs, but prefers, instead, to sketch out his subjects. Occasionally he works from imagination, explains Cindy Pardue, executive director at the Wilkes Art Gallery, which is hosting an exhibit this fall of Nichols’ work to mark another milestone: his 50th year as a full-time artist.

The West Virginia-born painter first took to art at age 12 when he received a paint set and brushes for Christmas and spent the next two weeks painstakingly copying a photo of horses, a painting he still owns today. Nichols likes to joke that he was predestined for the work, given that his name spelled backwards is “draw.”

After high school, Nichols joined the Navy with plans to enroll in a drafting school, but wound up being stationed in Italy, where he spent his free time taking in the works of da Vinci, Michelangelo, and the Old Masters of the Italian Renaissance.

When Nichols returned home, he practiced painting every night, all the while working in his father’s print shop to earn a living. “When I was about 28, I was married and had three children. I came home one day and told my wife that I had quit my job and that I’m going to be an artist,” he says with a laugh. “You can imagine what a shock that was.”

Now at age 86, the self-taught painter has much to show. His work is in many private collections and has appeared in several hundred galleries and exhibits around the world, and he’s received dozens of notable awards. One of his fondest memories is being asked to present one of his pieces to astronaut William Anders after his 1968 mission to the moon. Anders returned the favor by sending Nichols a copy of the famed photo he took of Earth. “He told me he was sending me a sample of his artwork,” says Nichols. The following year, the painter was even invited by NASA to represent the arts during the Apollo 12 space launch.

Nichols has a lifetime of intriguing stories and so do his paintings, all of which he loves sharing. One might remind him of a childhood dream of flying while another conjures memories of his hat collection. And neither his mind nor his eye for detail or passion for creative expression is slowing down at this point. “I’m continually experimenting,” he says, “and to me, that’s the fun of it.”