Home /Pints for the Pious

Pints for the Pious

Pints for the Pious: The Parson’s Pub spreads the good word of craft beer in Murphy 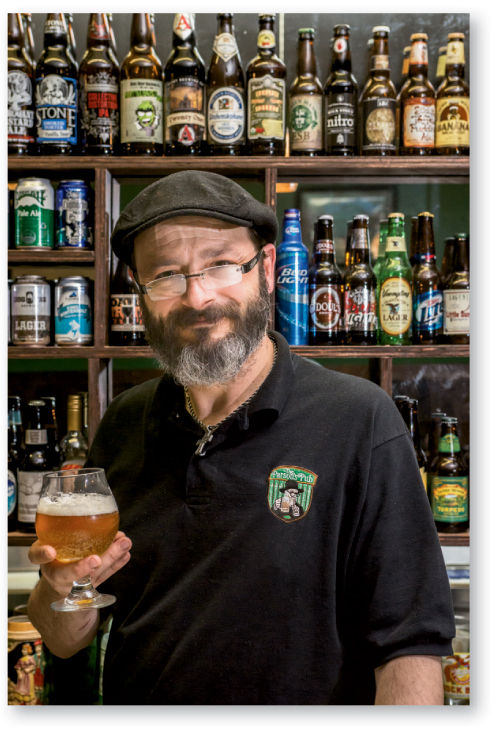 Imagine the archetypal monk, humbly robed in brown, eyes downcast. What’s that he’s got in his hand? Some might say a cross; others might say a beer. Colby Beck says both.

As the son of a preacher and owner of The Parson’s Pub in Murphy, Beck embraces beer and religious tradition. His congregation, known as the Beervangelists, are on a mission to taste as many beers as the small-town bar can provide. So far, that’s quite a few; the menu currently boasts 81 brews (bottled and draft), and that list grows as fast as Beck can track down new and rare varieties. “It’s been like trading cards for adults,” he says. “People meet up at the bar and say, ‘Hey have you had this one yet? I tried it last week.’”

The more beers the club members try, the more prizes they get. The reward system starts with a free draft after 10 different beers and culminates with an engraved pint glass after 100. “There’s talk of church-themed titles, so at 150, you’d be a friar, and at 200 you’d be a monk,” Beck explains.

The church theme isn’t just for show. In addition to beer education classes, The Parson’s Pub holds bible studies on Tuesdays as part of a nationwide movement called Theology on Tap. “It’s hosted by my dad’s church, and we have people who come from lots of different denominations,” he says. “It’s relaxing to know it’s OK to have a beer and get your Jesus on.”