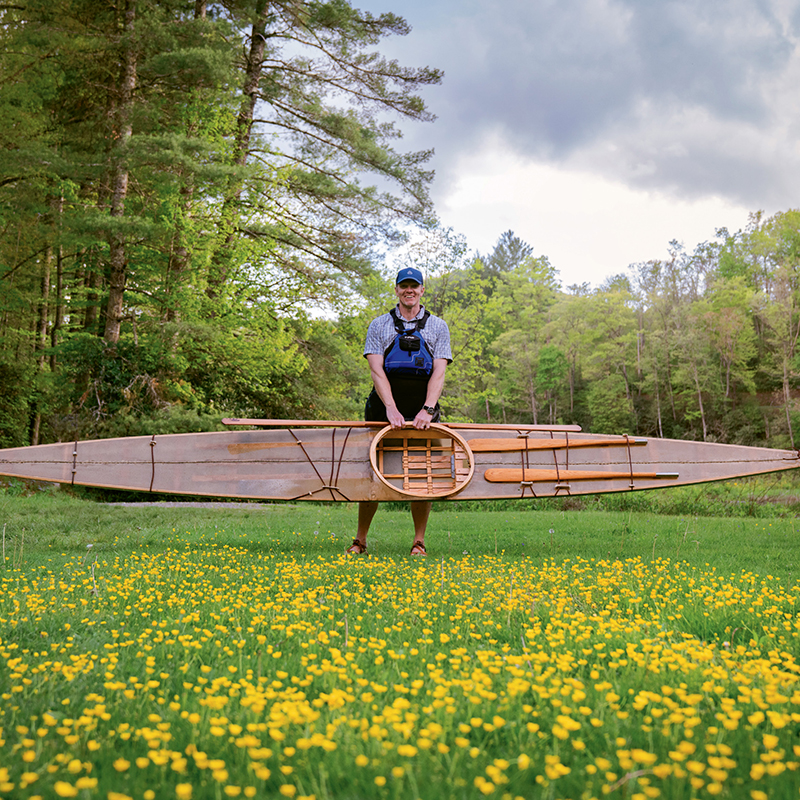 In addition to building and selling Greenland-style kayaks and paddles, Chad Quinn offers classes teaching folks how to build their own.

Hardly anyone builds a boat like Chad Quinn anymore. Inspired by the original watercraft of the Inuit Greenlanders, the Brevard-based kayak maker foregoes plastic molds in favor of indigenous techniques using wood and fiber. After a chance encounter with a Greenland-style paddle, Quinn became so impassioned with Inuit craftsmanship that he mastered their boat-building process and, in 2017, started Bear Traditional Kayaks, through which he teaches clients how to make their own boats and paddles.

“I’ll share what I’ve learned with anyone,” Quinn says. “There’s a bigger picture—sharing the history of the kayaks. When I compare technology today versus a thousand-years old, those guys nailed it; they had it right the first time.” 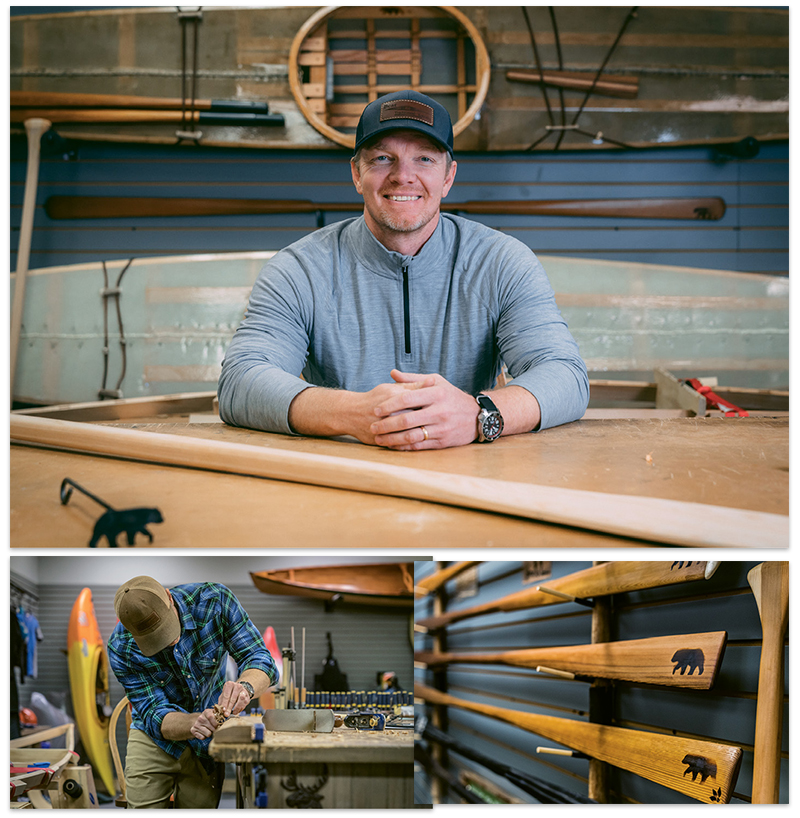 Chad Quinn is one of only a few people in the country making Greenland-style kayaks; the others are West Coast-based. He creates Greenland-style paddles, which are ideal for long-distance padding rather than swift, strenuous movement.

When a new student shows up at Quinn’s shop (where pre-made kayaks are also for sale), they don’t need any skills or materials, just an open mind. The boats “are not built from any kit,” he explains; the process begins with “literally a pile of lumber on the ground.” That wood is mostly Western red cedar, chosen for its lightness and durability. It is ripped with a table saw, one of the few machines Bear Kayaks utilizes. Quinn doesn’t use any hardware, and he estimates that 75 percent of his method is faithful to nonmechanized, indigenous techniques.

The next step is to dowel the bamboo ribs and the frame, then to secure the framework with lashings. “It’s the most durable thing out there and it grows fast,” Quinn says of bamboo. Customers can choose the length and color of the boat along with the design of the back deck and the deck lines (little straps used to fasten cargo). “I give the customer as much creative control as possible,” he says. “We create it as we go.” 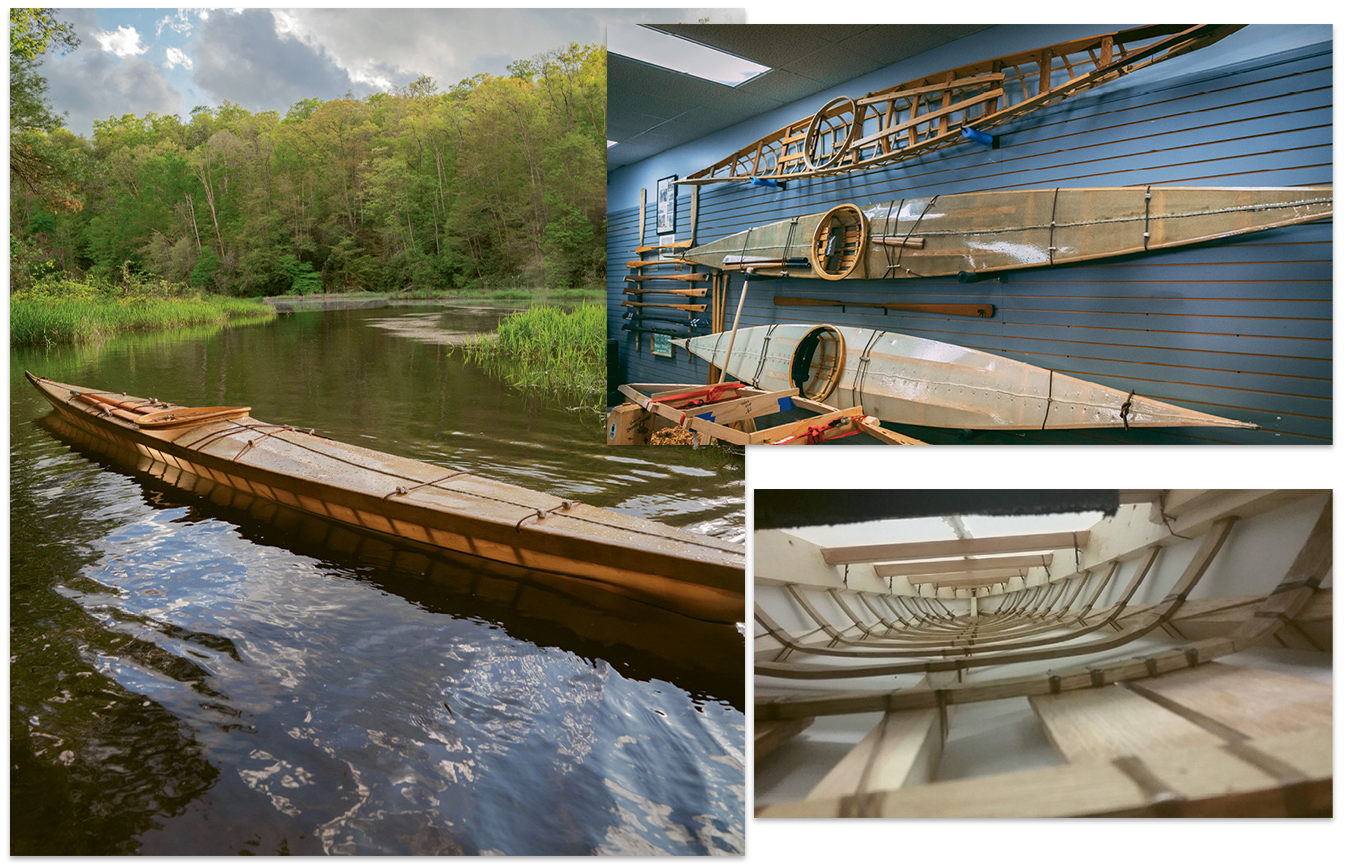 From his workshop, Quinn crafts kayaks using Western red cedar for the body and bamboo for the frame before covering them with ballistic nylon fabric.

Skinning the kayak is a complex and unforgiving process. Quinn and his students begin by turning the structure upside down and stretching a ballistic nylon fabric over the frame. Next, they sow the fabric on from bow to stern with a zigzagging stitch pattern. Quinn describes the final step as akin to pulling shoelaces, and when the tension is tight, he cuts off excess material with a hot knife. The old-school building techniques result in a noble and elegant vessel with long bowlines and earth-toned skin. The kayak won’t be complete without a paddle, of course, and despite its shockingly small blades, the traditional Greenland model—which Quinn also creates—is remarkably efficient.

A decade after Quinn encountered his first Greenland paddle, he’s pouring sweat into boat-building, holding clinics all over the country, and generally spreading the Greenland kayak gospel. He hopes that a day will come when many other people learn to construct these waterborne beauties. “There is a pride about building something with their own hands. There’s something about pushing off from shore and seeing the results,” Quinn says. “They have the biggest smile on their face, and that’s the reward, when I see how happy they are.” 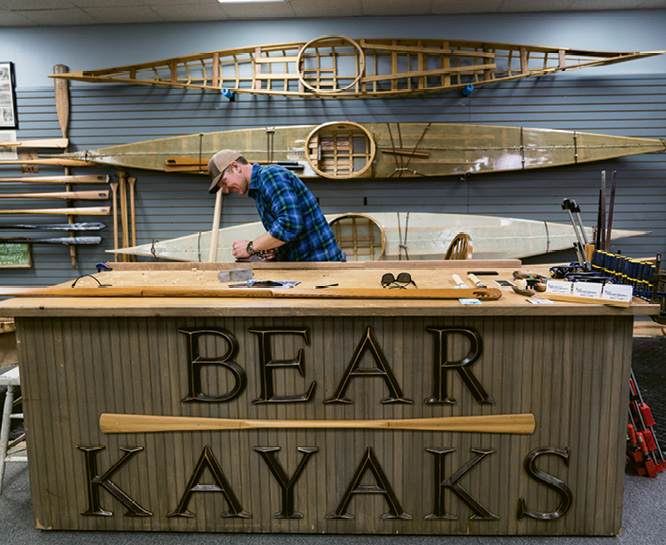