Newsflash - May/June 2018: The latest from throughout Western North Carolina 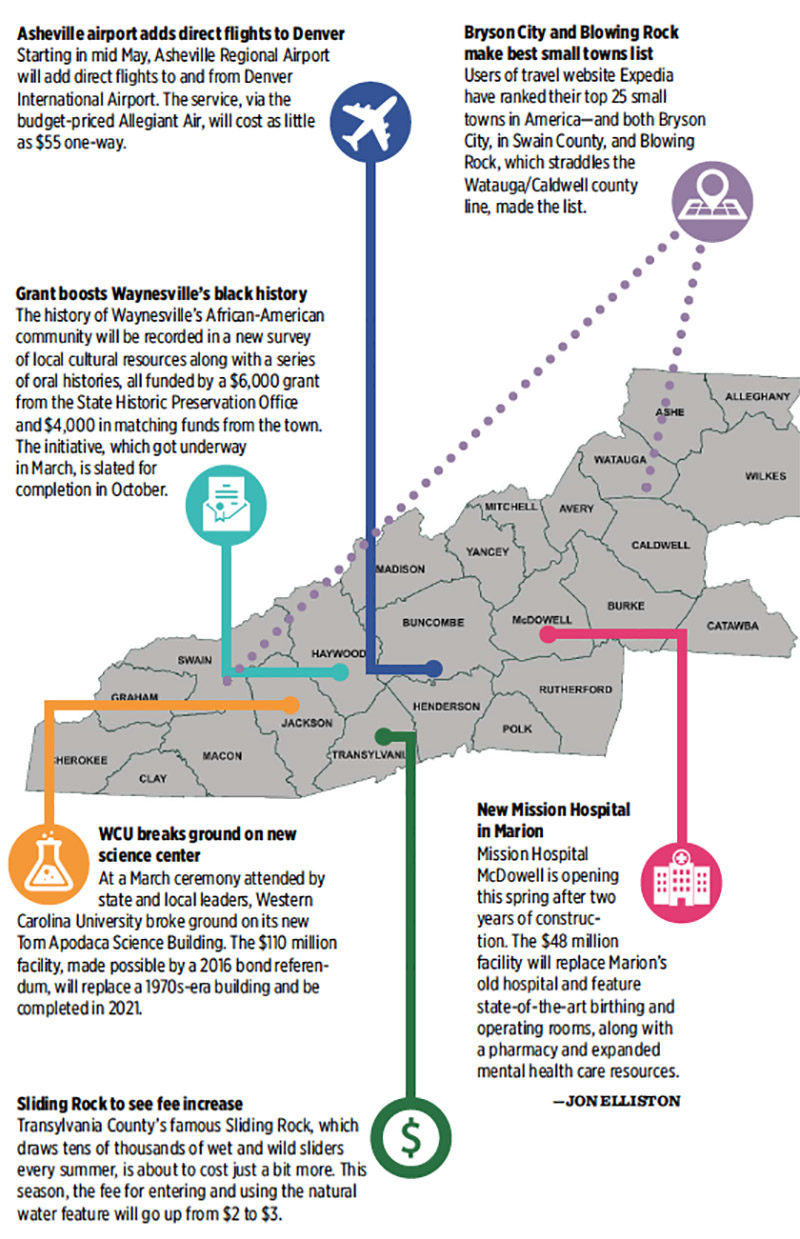 Starting in mid May, Asheville Regional Airport will add direct flights to and from Denver International Airport. The service, via the budget-priced Allegiant Air, will cost as little as $55 one-way.

The history of Waynesville’s African-American community will be recorded in a new survey of local cultural resources along with a series of oral histories, all funded by a $6,000 grant from the State Historic Preservation Office and $4,000 in matching funds from the town. The initiative, which got underway in March, is slated for completion in October.

At a March ceremony attended by state and local leaders, Western Carolina University broke ground on its new Tom Apodaca Science Building. The $110 million facility, made possible by a 2016 bond referendum, will replace a 1970s-era building and be completed in 2021.

Transylvania County’s famous Sliding Rock, which draws tens of thousands of wet and wild sliders every summer, is about to cost just a bit more. This season, the fee for entering and using the natural water feature will go up from $2 to $3.

Users of travel website Expedia have ranked their top 25 small towns in America—and both Bryson City, in Swain County, and Blowing Rock, which straddles the Watauga/Caldwell county line, made the list.

Mission Hospital McDowell is opening this spring after two years of construction. The $48 million facility will replace Marion’s old hospital and feature state-of-the-art birthing and operating rooms, along with a pharmacy and expanded mental health care resources.